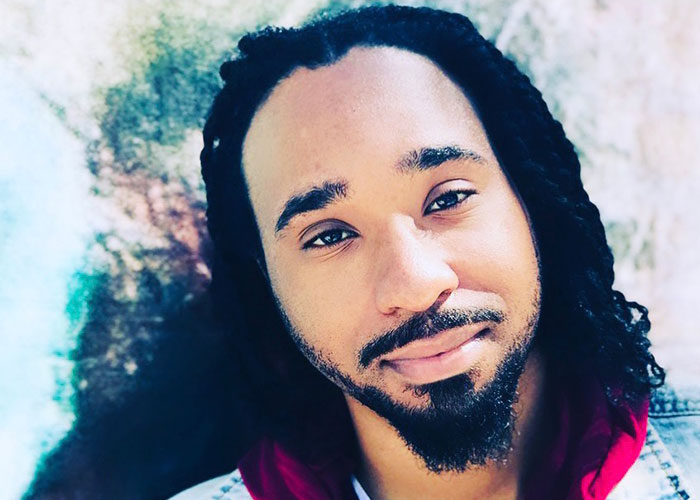 Lance Jasper Jones is 31 years old, is engaged to be married, is in graduate school pursuing a master’s degree in clinical psychology, and is a talented musician and music producer. He is also living with sickle cell disease.

Throughout his life, Lance has had numerous health complications from sickle cell disease. He has been hospitalized more times than he can count. The doctors did not expect him to live into adulthood. In middle school, Lance developed avascular necrosis (AVN), and was confined to a wheelchair for 2 years. AVN is a painful condition in which there is a loss of blood and oxygen to the bone, causing tissue in the joints to die. As a result of this complication, Lance will need to have a hip replacement before his 32nd birthday.  By age 22, Lance has already suffered two lung failures.

According to Lance, no one in his family knew anything about sickle cell when he was diagnosed, and it had a devastating impact on his family. “The news altered my family dynamic in a major way. My mom, a nurse at the time, lost her job because she needed to stay home and take care of me. Her career goals were gone. My parents also had a separation period because of the hardships.” Having sickle cell disease also impacted Lance’s relationship with his siblings. “Every time I got sick and had to go to the hospital, they [my sister and brother] went to our grandmother’s house. To them, I received special treatment because I needed it and they got less time and attention from my parents. To me, my parent’s focus was always on keeping me healthy, not on my goals and dreams. My parents always saw me as the sick child. But with my siblings, they let them spread their wings.”

Getting Educated About Sickle Cell Disease

Lance’s mother did her research and got connected to doctors at Long Beach Memorial Medical Center. The biggest thing she had to learn, according to Lance, “was how to read the panel sheet–things like hemoglobin levels, iron levels, organ function.” Learning about sickle cell medications and how to administer them was also a high priority. This was especially important because Lance was one of the first sickle cell patients to take hydroxyurea, a drug that reduces pain crises in patients with severe sickle cell disease. In addition, due to a build-up of extra iron in his body (called iron overload) caused by monthly blood transfusions, Lance had to take a medication called Desferal at home that required an IV, which his mother taught him to use early on.

When asked how his parents’ role as caregivers changed as he grew older, Lance replied, “Their role didn’t change, I changed. As I got older, I became more knowledgeable and began to take my life and health into my own hands.  I made my own doctor’s appointments, and my mom taught me to fill out paperwork and order my medications.  I was prepared to read the paperwork and talk to the doctors.”

Finding Support & Giving Back to the Community

According to Lance, the biggest way that his mom supported him in school was to make sure he was able to get the necessary accommodations and time needed to make up assignments due to missed days at school.  She even arranged for tutors to come to his room when he was admitted to the hospital.  Outside of school, his parents got involved in walk-a-thons and donated money for sickle cell disease research.

Lance offers the following tips for those with sickle cell disease:

CDC would like to thank Lance for sharing his story.