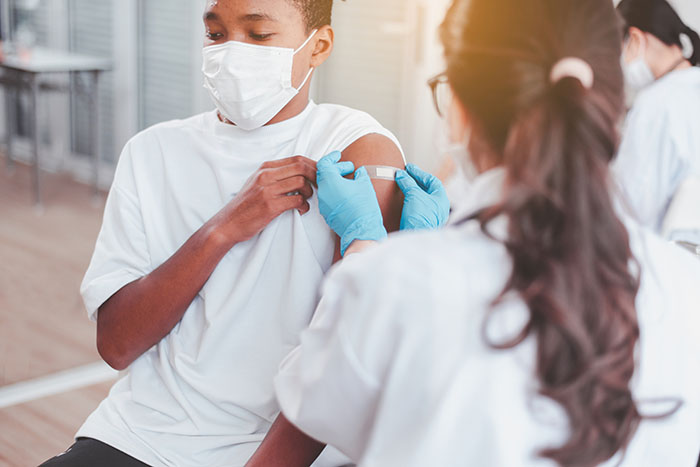 CDC recommends most people 6 months and older get a flu vaccine (flu shot) every season. Vaccination is particularly important for people who are at higher risk of serious complications from influenza. This includes people with sickle cell disease (SCD).

Sickle Cell Disease (SCD) is a group of inherited red blood cell disorders that affect an estimated 100,000 people in the United States. In SCD, the red blood cells become hard and sticky and look like a C-shaped farm tool called a sickle. The sickle cells die early, which causes a constant shortage of red blood cells. Also, when they travel through small blood vessels, they get stuck and clog blood flow. This can cause pain and other serious problems such as infection, acute chest syndrome (ACS), and pneumonia, stroke, or organ damage. Some studies suggest that if people with SCD contract viral infections, such as influenza, they are at higher risk for hospitalization and death than others. Understanding the proportion of people with SCD receiving recommended flu shots and the severity of flu infections in people with SCD may better guide decisions and actions for prevention and treatment.

Researchers from CDC examined flu vaccination coverage (the proportion of people who got a flu shot) and hospitalizations related to flu and pneumonia or ACS over six flu seasons using a large sample of Medicaid claims from multiple states. More than 5,000 people with SCD were included in samples from each flu season studied (2009–2015).  For each flu season, Medicaid enrollees with SCD were compared to those without SCD. The results provide a more complete picture of flu vaccine and illness in people with SCD during recent flu seasons. We invite you to read the study’s abstract hereexternal icon.

Although flu shot coverage was higher among Medicaid enrollees with SCD than those without SCD in each of the six flu seasons studied, flu shot coverage was low overall. More than 2 in 3 Medicaid enrollees with SCD had not been vaccinated. Programs and campaigns focused on increasing the number of people with SCD receiving annual flu shots might reduce flu-related hospitalization and death in this high-risk population.