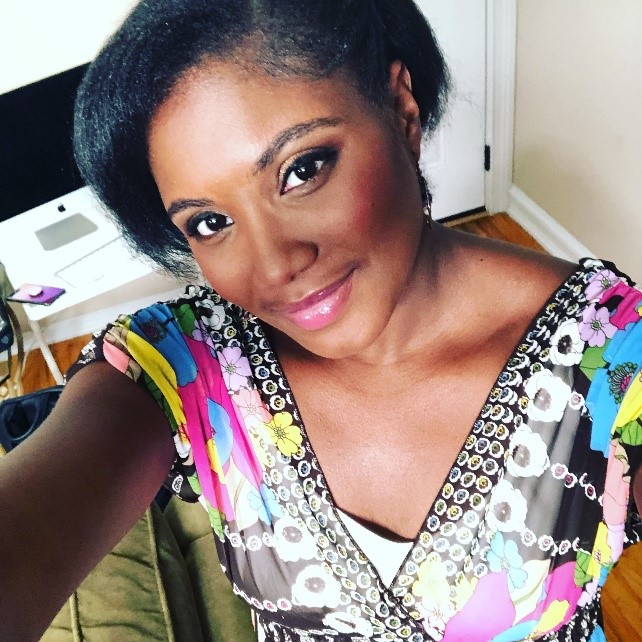 Aaron Nicole Washington is 25 years old and a sophomore in the Georgia Tech Excel Program, a program that gives people with developmental issues a chance to experience college life. Aaron is also a motivational speaker who inspires audiences with her story of being the first successful nonmatched bone marrow transplant for sickle cell disease.

The best bone marrow transplant outcomes happen when a patient’s human leukocyte antigen (HLA) and that of a donor closely match. HLA is a protein–or marker–found on most cells in your body. Matching certain markers is critical to a successful transplant. Learn more at Be the Matchexternal icon, a leading bone marrow transplantation program that helps patients find life-saving donors and provides support throughout the transplant process.

Having sickle cell disease nearly killed Aaron. She experienced one devastating medical complication after another. She had her first episode of pain, called a sickle cell crisis, at 8 months old and her first stroke at 8 years old. Her doctors told her she would not live to see her 13th birthday. She was diagnosed with acute chest syndrome, a common complication of sickle cell disease that can result in lung injury, trouble breathing, low oxygen to the rest of the body and, possibly death. Throughout her early childhood, she missed school frequently to go to the hospital for blood transfusions every 2 weeks. The blood transfusions resulted in an additional medical complication called iron overload, a build-up of excess iron in the organs of the body. To balance out the iron levels in her body, she had to have a procedure called chelation therapy.

The only known cure for sickle cell disease is a bone marrow transplant, and the procedure was still considered experimental. Aaron and her family were willing to take the risk, as they had so much to gain if the procedure proved a success. Aaron’s family members were tested to identify a match for her, and fortunately, her oldest sister, Tayla, was a close match. Aaron successfully underwent the experimental nonmatch bone marrow transplant at age 12! Her sickle cell disease was cured. Her life improved dramatically from that point forward, but her journey did not end there. Aaron began to have epileptic seizures. She tried more than 20 different types of medicines to control the seizures until she found one that worked. At 13 years old, Aaron experienced another stroke that made her lose her memory. She forgot how to walk and talk, and even had no memory of herself and her family. She had to have brain surgery to remove her right frontal lobe due to the damage she sustained from her strokes. It wasn’t until after this brain surgery that Aaron finally got some relief. Thanks to the surgery and to a seizure medicine that works, she has been seizure-free for the past 5 years.

So, what was all of this like for Aaron growing up? In a word, stressful. Aaron said she felt like she was a huge burden on her family. Her mom lost many jobs because of the amount of time she needed to devote to taking care of her. Aaron always knew she was different. She had to walk to school with an oxygen tank because she couldn’t breathe very well and got picked on by her peers who called her names. “I was a bully’s paradise,” Aaron said sadly. Attending Camp New Hope, a summer camp for kids with sickle cell disease, helped Aaron make friends and realize that she was not alone. “It was great knowing that I’m not an outsider. There are thousands of people with sickle cell disease in the world, and a couple out there just like me,” she said. Not being able to do the same things that others her age could do also discouraged Aaron. Growing up, she was unable to enjoy playing sports like her brothers and sisters. Aaron always wanted to be a ballerina but couldn’t because of her condition. Unlike her siblings, she spent a lot of her time at the hospital. As a result, Aaron had to retake classes, including repeating the 8th grade, as well as having to move to different schools to be closer to her hospital. Her memory and reading comprehension were impacted by the strokes and she needed to go to a school that could help her learn. She remembers asking her parents, “Why me?” Today, though, Aaron is doing much better and enjoying life more.

Advice About Sickle Cell Disease for Others

When asked what advice she would have for others, Aaron offered the following:

And when asked for tips specifically for parents, she said:

CDC would like to thank Aaron Nicole for sharing her story.