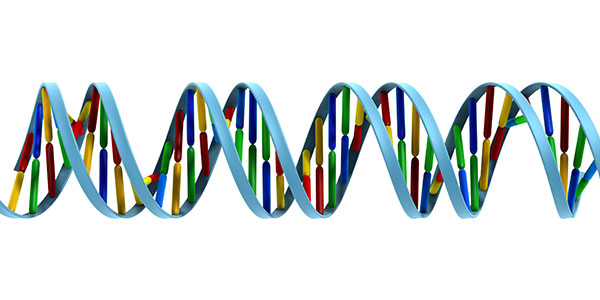 Genes contain the instructions that tell the cells of people’s bodies how to grow and work. For example, the instructions in genes control what color a person’s eyes will be. There are many genes that are involved in hearing. Sometimes, a gene does not form in the expected manner. This is called a mutation. Some mutations run in families and others do not. If more than one person in a family has hearing loss, it is said to be “familial”. That is, it runs in the family.

The cochlea (the part of the ear that changes sounds in the air into nerve signals to the brain) is a very complex and specialized part of the body that needs many instructions to guide its development and function. These instructions come from genes. Changes in any one of these genes can result in hearing loss. The GJB2 gene is one of the genes that contains the instructions for a protein called connexin 26; this protein plays an important role in the functioning of the cochlea. In some populations about 40% of newborns with a genetic hearing loss who do not have a syndrome, have a mutation in the GJB2 gene.