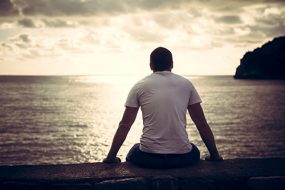 I am a physician and had not heard of ME/CFS before I got it. I can’t tell you the specific day in August 1986 but many people with abrupt onset can. I didn’t know what hit me – it was awful. It was like a severe flu. In addition I could not tolerate loud sounds, bright lights, and my large leg muscles felt like jelly. I had no energy, no stability, and started to have sleep problems.

The symptoms did not go away after a few weeks so I went to an internist who I did not know. He sent me to a “shrink.” I saw a few internists   and one psychiatrist who all said I was anxious and depressed. I felt demeaned by the doctors I saw.

After about a year of my symptoms during which I had to reduce my practice, a friend recommended a clinician at a medical school in Massachusetts who was familiar with ME/CFS.  That is when I received my diagnosis. Just knowing that I had something that was recognizable and that other people had the same thing was a relief. After about 6 months from receiving the diagnosis, I began to feel better and my brain began to function better.

What do I want people to know about this illness? I think there is a spectrum of ME/CFS. I have read that some people (25%) have a very severe form and are bed-bound or house-bound, but more people (75%) may have a mild to moderate form of it. Some of us with a less severe form of ME/CFS can still work and participate in selected activities. One needs to learn to live with ME/CFS. Pacing is essential – you have to take stock of yourself and recognize patterns. You have to see what makes things worse and what helps.

I am lucky because my family was mostly supportive but some friends and colleagues were skeptical. Some people wanted more proof. I feel badly for the people who do not have family support and it is ridiculous that people with ME/CFS are thought to be crazy.

Those of us that have had ME/CFS for a long time remember that the attitude among healthcare providers used to be belittling and ignorant. Thankfully, the attitude is shifting a bit but we still have much work to do. I would tell healthcare providers that making a diagnosis is not difficult. A proper medical history is very important but it takes time. It is impossible to make a diagnosis in just 15 or 30 minutes. Most important is to look at the level of function before and after the illness began.