Testing for Seoul Virus in Pet Rats: Information for Veterinarians

In December 2016, Seoul virus was found for the first time in the US in pet rats. Several people were infected after contact with infected rats. Some infected individuals were hospitalized and recovered. Concerned rat owners may ask veterinarians about Seoul virus, and this document provides information about:

Seoul virus is a type of hantavirus that is carried primarily by Norway rats (Rattus norvegicus). Seoul virus-infected rats shed the virus in their urine, feces, and saliva. Rats become infected while commingling, fighting, or mating with infected rats, or through contaminated materials such as bedding. Rats do not show any clinical signs when infected, and can shed the virus chronically for several months. People can become infected with Seoul virus after breathing in aerosolized particles, getting bitten, or when a person’s mucous membranes or breaks in their skin come in direct contact with virus-containing materials while handling rats or cleaning cages. Because rats infected with Seoul virus can transmit infection to other rats and people, CDC recommends euthanasia of infected rats.

When a Seoul virus outbreak occurs, public health authorities may reach out to rat owners if they purchased rats from or sold rats to a facility with infected humans or rats. CDC recommends that all rats that came from an affected facility be tested. Some states may require testing these animals as part of their outbreak control measures.

In other cases, rat owners may not know if their rats came from an affected facility. They may want to test their current rats to see if they are infected, or they may want to test newly purchased animals to prevent the virus from being introduced to their other rats. Commercial diagnostic tests are available to determine if a rat has been exposed to Seoul virus. For more information on Seoul virus, including options for testing.

CDC recommends serologic testing to determine if a rat is infected with Seoul virus. This testing detects antibodies (IgG) to Hantaviruses, including Seoul virus. Acceptable specimens include ~100 uL of blood in EDTA micro vials or blood applied to a spot card.

PCR testing detects Hantavirus RNA in blood, organ tissues, or other fluids. Because rats can intermittently shed virus when they are infected, PCR testing is NOT RECOMMENDED as the primary diagnostic test. 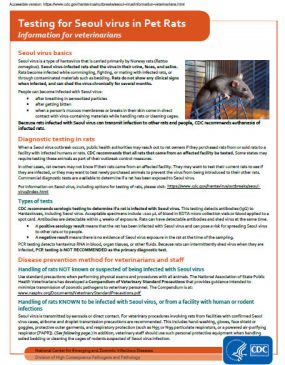 Handling of rats NOT known or suspected of being infected with Seoul virus:

Use standard precautions when performing physical exams and procedures with all animals. The National Association of State Public Health Veterinarians has developed a Compendium of Veterinary Standard Precautions that provides guidance intended to minimize transmission of zoonotic pathogens to veterinary personnel. Review the 2015 Compendium Cdc-pdf[PDF -27 pages]External.

Handling of rats KNOWN to be infected with Seoul virus, or from a facility with human or rodent infections:

Seoul virus is transmitted by aerosols or direct contact. For veterinary procedures involving rats from facilities with confirmed Seoul virus cases, airborne and droplet transmission precautions are recommended. This includes hand-washing, gloves, face shield or goggles, protective outer garments, and respiratory protection (such as N95 or N99 particulate respirators, or a powered air-purifying respirator [PAPR]**).  See Personal Protective Equipment for Veterinarians and Veterinary Staff. In addition, veterinary staff should use such personal protective equipment when handling soiled bedding or cleaning the cages of rodents suspected of Seoul virus infection.

If the work surface or personnel’s gloves or clothing became contaminated with rodent excreta or blood during the handling procedures, a spray bottle of disinfectant should be available and used to spray the contaminated area. After disinfection, clothing may be laundered normally.

After the visit, wipe down all surfaces, including the cage/carrier that the rat was transported in, with an appropriate disinfectant. Allow to air dry.

Any staff who will be directly handling a rat known to be infected with Seoul virus or performing veterinary procedures on it should follow droplet and aerosol transmission guidance, including: 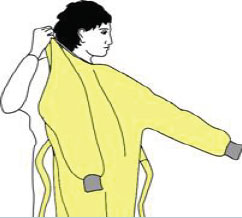 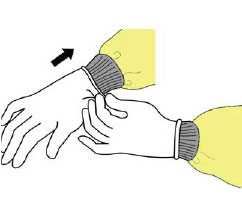 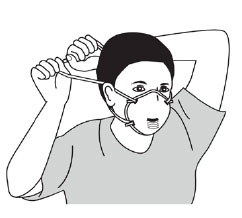 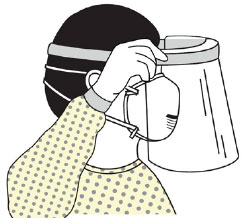 Veterinary staff and rat owners should receive information about the signs and symptoms of Seoul virus infection. Employers should document which employees handle potential infected animals and the date(s) of potential exposure. If anyone who handled infected rats develops sudden flu-like symptoms occur within 8 weeks after exposure to a new rodent or after a bite, scratch, or breach of PPE, they should seek health care promptly and inform their employer and local health department, making them aware of any recent animal contact.

For more information on Seoul virus, including options for testing of rats.