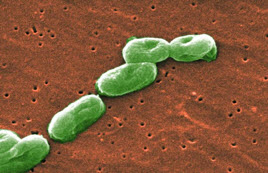 Contaminated prefilled saline flush syringes manufactured by Nurse Assist, Haltom City, TX, were identified as the source of the outbreak. Nurse Assist performed a voluntary recallexternal icon and removal of all its prefilled saline flush syringes on October 4, 2016. Facilities that received flush syringes from the contaminated lot were notified and directed to search for and sequester the product to prevent additional residents from being exposed. As of January 11, 2017, 164 cases from 59 facilities were identified, as detailed in the following table.

*Blood culture yielding B. cepacia in a patient who received intravenous care at a facility that was utilizing prefilled 0.9% sodium chloride IV flush solution manufactured by Nurse Assist.
**It has not been determined whether the deaths associated with this outbreak were caused by the B. cepacia infection, the patients’ underlying health conditions, or another cause

Public health authorities coordinated efforts and expertise of epidemiologists and laboratory staff from CDC, FDA, many state and local health departments, as well as hospitals and reference laboratories to obtain and manage data, perform cultures and molecular testing, share results and information, and communicate with healthcare providers and the public.  Public awareness was heightened through communication efforts utilizing this CDC website that summarized key findings and provided frequent updates during the outbreak investigation. This swift action lead to identifying the source of the outbreak and preventing further cases.

Distributors, healthcare facilities and healthcare providers were advised to:

Additional Information for patients and their healthcare providers