Cyanobacteria and their toxins can make people sick.

In fresh water, such as lakes and ponds, harmful blooms are most commonly caused by cyanobacteria (also called blue-green algae), which are a kind of single-celled organism called phytoplankton.

Some cyanobacteria produce toxins (poisons) called cyanotoxins. When people or animals are exposed to cyanotoxins, they can become sick.

People or animals can be exposed to cyanotoxins by:

Learn more about how people and animals are exposed.

Common cyanotoxins that can make people and animals sick include: 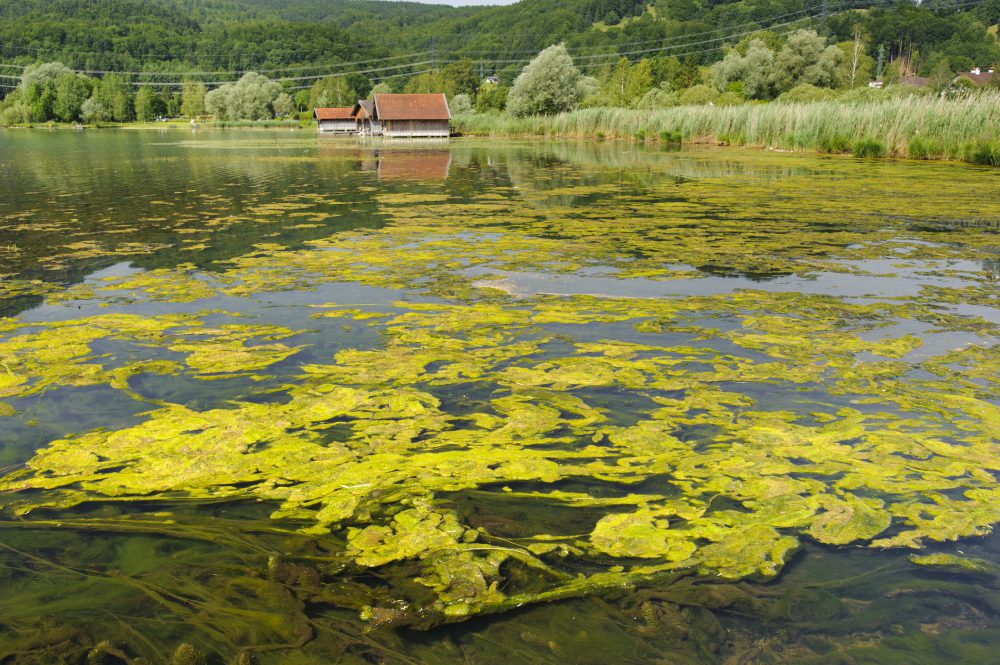 Learn how to protect yourself and your loved ones from cyanobacteria and their toxins.

People can get sick and have symptoms.

People exposed to cyanotoxins through touching or swimming in contaminated water or breathing in droplets of contaminated air may experience irritation of the:

If you think you may have symptoms caused by harmful cyanobacteria in fresh water, you can:

Animals can get sick from cyanotoxins too.

Toxins from cyanobacteria can make animals very sick or even kill them. Animals can die within hours to days of swallowing toxins.

Seek veterinary care immediately if your pets or livestock seem sick after going in or near water.

Dogs are especially at risk of poisoning because of their behaviors, which can include swimming in contaminated waters, drinking contaminated water, eating dead fish and other animals found near a bloom, and licking algae or scum from their fur after swimming. Pets may also be poisoned if they eat dietary blue-green algae supplementsexternal icon that are contaminated with cyanotoxins.

Cattle are at risk because their movements are often confined by fencing and they may be forced to drink from ponds that can have cyanobacterial blooms.

Marine mammals, such as southern sea otters, may also be poisoned by cyanobacterial toxins. In 2007, 21 sea otters were killed by cyanotoxins flowing into Monterey Bay from a river with a large cyanobacterial bloom. Learn more about these sea otters. 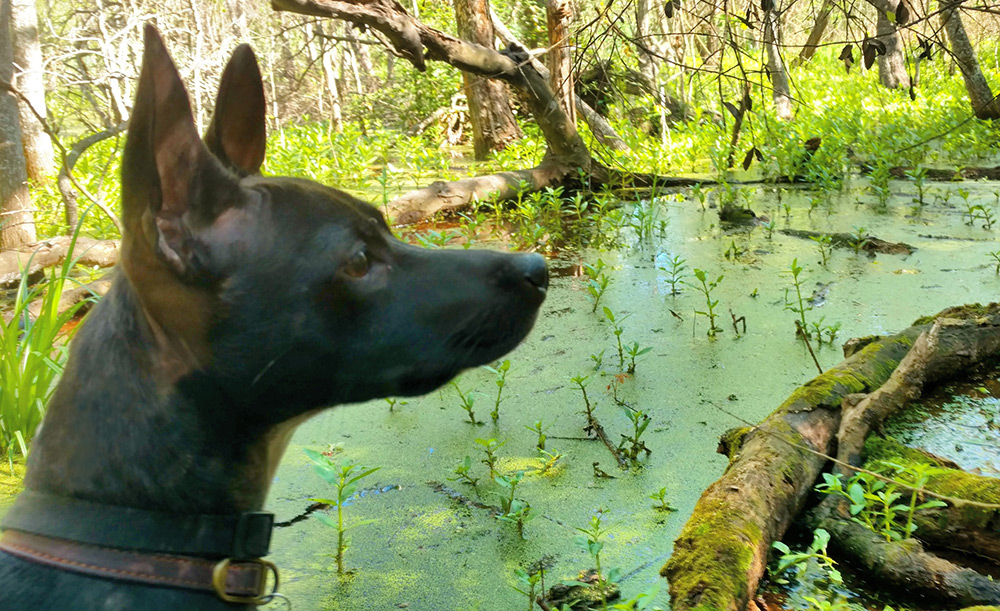 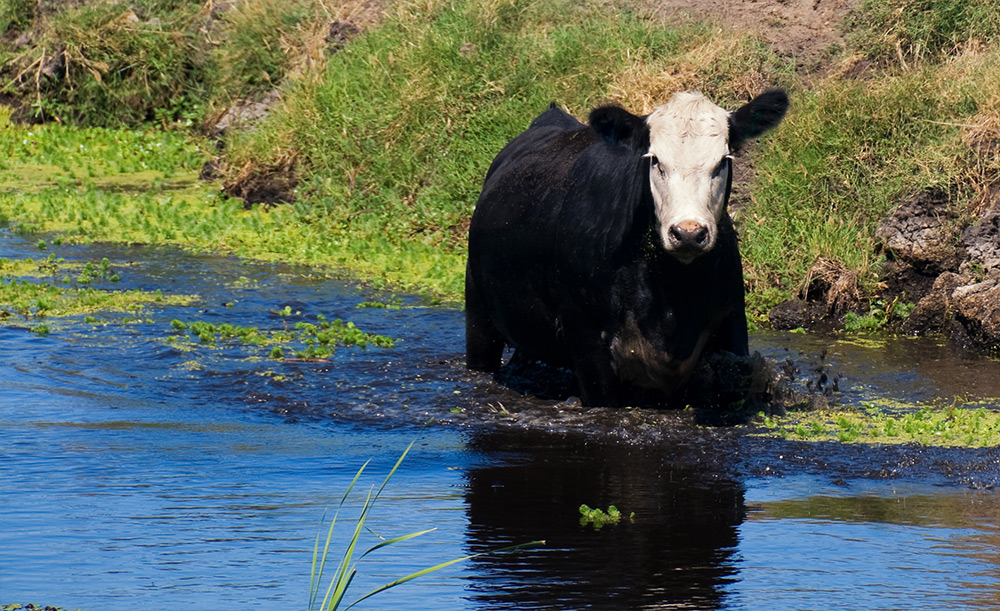 Learn how to protect your animals from cyanotoxins.

Cyanotoxins can harm or kill birds. Sometimes birds can be exposed to cyanotoxins and avian botulism, a disease that can paralyze birds, at the same time. There is some research that shows that the organism that produces the avian botulism toxin may grow better in the presence of cyanobacteria.

Cyanobacteria and cyanotoxins can harm fish and other aquatic animals in several ways.

The toxins may directly kill the animals. When a harmful algal bloom caused by cyanobacteria decomposes, it can use up the oxygen in a body of water. When this happens, fish and other animals that live in water may not have enough oxygen to breathe and may die. Large amounts of cyanobacteria in the water can also make it difficult for animals with gills to breathe. 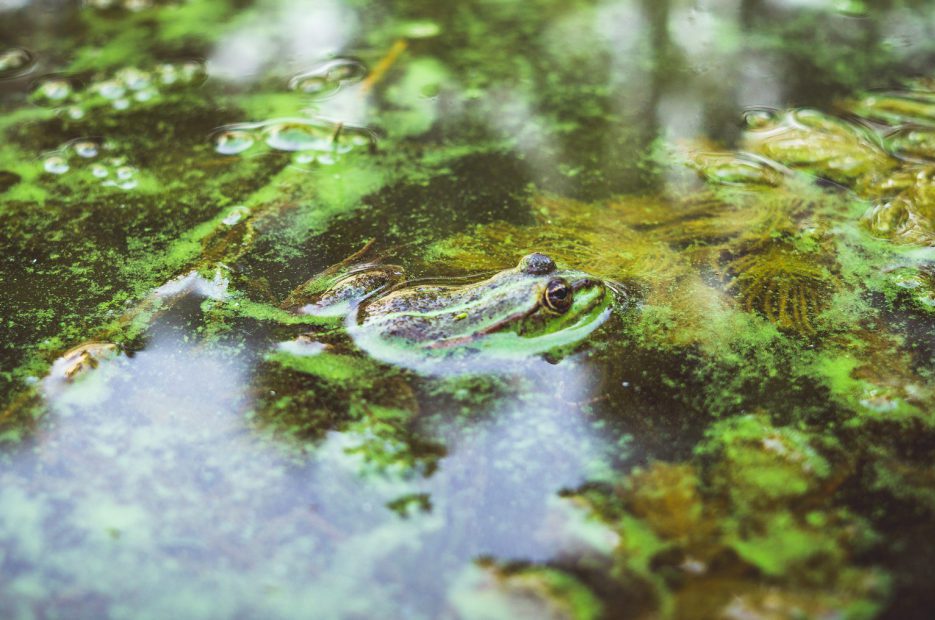 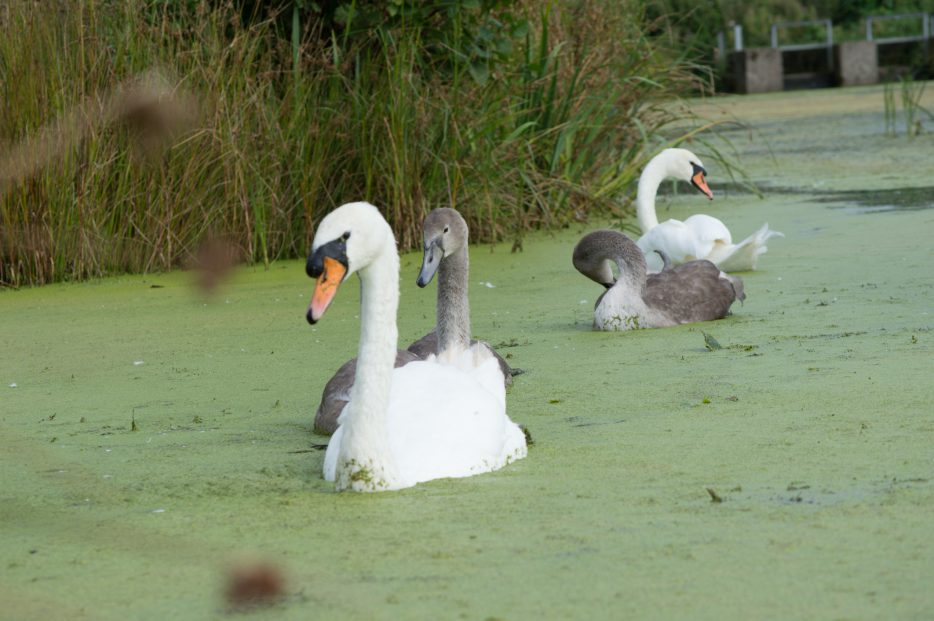 Talk with your health care provider if you have questions about your health and exposure to cyanobacteria.

There is some concern that exposure to BMAA (Beta-N-methylamino-L-alanine), a compound that may be made by cyanobacteria, is a risk factor for neurologic diseases like ALS (amyotrophic lateral sclerosis). Some research involving animals showed that BMAA has harmful effects on the brain. However, more research is needed to understand the potential link between BMAA and brain diseases in people and animals. In 2017, the U.S. Environmental Protection Agency published a critical review external iconthat looked at the suspected role of BMAA in brain diseases in people. The review concluded that existing data do not show that BMAA causes brain disease.