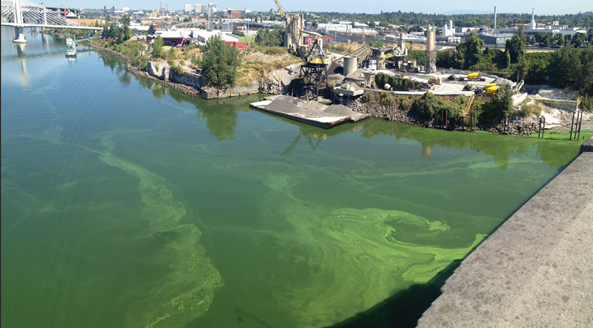 A HAB can occur in fresh, marine (salt), and brackish (a mixture of fresh and salt) water bodies around the world 1-4. HABs have occurred in every region of the United States 5. Over 50% of states report a HAB every year in a freshwater body, and all coastal states report HABs in marine waters 6.

Climate change might increase the occurrence, severity, and impact of HABs in fresh, marine, and brackish waters. For example, warming temperatures in Lake Erie have resulted in more extensive blooms of the cyanobacteria Microcystis aeruginosa, that last into the early winter months. In the past several years, HABs have been observed with increasing frequency and in more locations in the United States. The National Centers for Coastal Ocean Science (NCCOS)External is working to monitor and address the impacts of climate change on HABs.External HABs have been documented and monitoredExternal regionally by the NCCOS in the Gulf of Mexico, the Great Lakes, the Northeast, the Pacific Coast, the Southeast, and the Caribbean/Pacific Islands.