In 2021, CDC will explore the health effects of cyanobacterial toxins, especially whether they can get into our bodies through the air we breathe. Similar studies have been done in Florida, Michigan, and California. The study will follow people who live or work on the Florida waters of Lake Okeechobee, St. Lucie River, Caloosahatchee River, or Cape Coral Canals over the bloom season. Study staff members will work with participants to record information. The information collected will advance the understanding of how cyanobacterial toxins affect people. Find more information about the study, including how to participate.

In 2014, routine testing of the water supply in Lucas County, Ohio, showed that levels of a toxin called microcystin were above the limit set by the Ohio Environmental Protection Agency. Microcystin toxin is produced by certain types of harmful algal blooms (HABs) and can cause diarrhea, vomiting, and liver damage in people and animals when consumed. 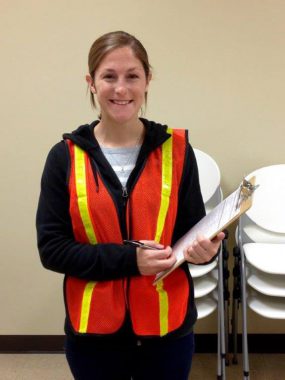 In response to these tests, Ohio’s Governor declared a state of emergency and issued a “Do Not Drink” water advisory for two days. This advisory alerted the 450,000 water supply users not to drink or use the water for cooking or brushing teeth. In this case, even boiling the water would not make it safe to use. The Ohio National Guard brought in emergency water supplies and set up water distribution sites for communities in the affected areas, while public health authorities and other partners worked to clear the microcystin toxin from the water supply. Authorities lifted the “Do Not Drink” water advisory after two days, once tests showed that the toxin levels in the water were below the set limit.

After the advisory was over, the Ohio Department of Health and the Toledo-Lucas County Health Department, with assistance from CDC, set out to learn about people’s experiences, evaluate their response to the threat, and understand how to better protect the public’s health if a similar event occurred in the future. Public health officials conducted a Community Assessment for Public Health Emergency Response (CASPER) to find out the effectiveness of their communication strategies, how many people and animals were exposed to the contaminated water after the advisory announcement, and how the advisory itself affected people’s lives. A CASPER is a tool developed by CDC that public health professionals can use to gather information quickly during or after a public health emergency using an in-person survey. This instance marked the first time that public health professionals used a CASPER for a HAB event. To develop the survey and prepare for the CASPER, a CDC/Council of State and Territorial Epidemiologists (CSTE) Applied Epidemiology Fellowexternal icon with experience on other HAB projects worked with the state and local health departments, as well as federal partners.

Public health officials gathered valuable insight into the community’s experiences through door-to-door interviews with people in 171 households affected by the advisory. While the great majority of the households had quickly learned about the advisory through traditional media (e.g., TV) or social media, over 50% of households still reported using or drinking the contaminated water in some way during the advisory, primarily for hygiene uses like bathing, handwashing, and brushing teeth. Some households experienced health problems like nausea, diarrhea, stomach pain, vomiting, headache, skin irritation, eye irritation or pain, respiratory illness, and/or coughing. A few households also dealt with anxiety, stress, and disruptions in their daily lives caused by the advisory. About 5% of the households with pets said their pets experienced health issues. Many households relied on alternative water sources, like bottled water, during the advisory and for a short while afterward.

Based on these results, public health officials developed a list of recommendations to guide planning and response efforts for future emergency events. The recommendations included promoting water preparedness for community members, finding ways to improve the distribution of alternative water supplies, focusing future public messaging on TV primarily, and making people aware of health and mental health resources. By preparing for the next event, the state hopes to reduce the number of water-related illnesses in people and animals and minimize the stressful impact of water advisories on the community.

The Great Lakes—made up of Lakes Michigan, Superior, Erie, Huron, and Ontario—cover more area (close to 95,000 square miles) than any other group of freshwater lakes on the planet. These lakes supply drinking water to tens of millions of Americans and have more than 50 million visitors every year. Over the last few years, CDC and other government agencies have worked together to protect this area from growing environmental threats—such as invasive species and nutrient runoff—and restore its habitat through the Great Lakes Restoration Initiative (GLRI)external icon, a federal program that is administered by the Environmental Protection Agency (EPA).

The work done by the GLRI is speeding up efforts to make the Great Lakes safer and healthier for people, plants, and animals. One of the program’s focus areas is reducing nutrients and runoff in Great Lakes water, both of which can lead to harmful algal blooms (HABs) and waterborne illnesses. CDC joined the GLRI in 2013 to help the program better understand when, where, and why waterborne illnesses and outbreaks—including ones caused by HABs—occur in the Great Lakes area. Other GLRI partners—such as the United States Geological Survey, the Bureau of Indian Affairs, and the National Oceanic and Atmospheric Association—provide input on various topics related to their areas of expertise. The long-term goals of the GLRI are to address threats to the health of the Great Lakes ecosystem and improve the overall environmental conditions in the area, which will help to protect the health of people and animals.

CDC asks state and local health departments in the Great Lakes area to report information on waterborne illnesses and outbreaks back to CDC. In order to do that, these health departments need more staff and resources that are dedicated to GLRI-specific health issues, like HABs. To help fill this need, CDC has used GLRI funding to place Epidemiology Fellows from the CDC/Council of State and Territorial Epidemiologists (CSTE)’s Applied Fellowship Programexternal icon in the health departments of Great Lakes states for two years at a time. The fellowship program has helped to improve methods to increase the reporting of waterborne illnesses and outbreaks to CDC. The GLRI also has provided funding for the development of the One Health Harmful Algal Bloom System (OHHABS), a tool for states to report HAB-associated illnesses and environmental information to CDC.

From providing drinking water to offering a place for recreational activities, the Great Lakes affect the lives of millions of Americans every year. Through their GLRI-funded work, CDC and other federal agencies help to make the Great Lakes and the area surrounding them safer and healthier for everyone to enjoy now and in the future. 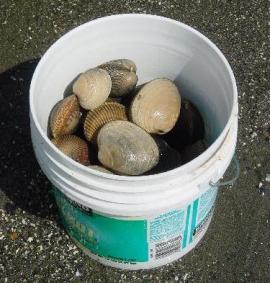 In May 2016, a woman experiencing symptoms that included generalized weakness and slow breathing entered a hospital in Alaska and spent six days recovering before she was well enough to go home. Doctors working to diagnose her illness focused on the fact that she had eaten shellfish that she and her family had picked up from the shore of a local beach (also known as non-commercial shellfish*). Non-commercial shellfish are not tested by laboratories, so they may contain harmful algal bloom (HAB) toxins, which can cause serious illness in humans and animals. Based on the doctors’ knowledge of the patient’s symptoms and the fact she had eaten the non-commercial shellfish, the hospital suspected she had an illness called Paralytic Shellfish Poisoning (PSP).

PSP is a reportable condition in Alaska, which means that if a hospital thinks a patient has PSP, they must report it to the state health department. When the hospital contacted the Alaska Division of Public Health (DPH), they requested assistance with laboratory testing to determine whether the patient was suffering from PSP or something else. This required testing the shellfish the patient had eaten and testing a urine sample taken from the patient herself. The Alaska Department of Environmental Conservation was able to confirm that the shellfish were contaminated with algal toxins, specifically two groups of toxins called saxitoxins and gonyautoxins. However, they did not have the technology available to test the human samples, so they requested help from CDC’s Division of Laboratory Sciences (DLS) in the National Center for Environmental Health (NCEH).

Based on what the Alaskan lab had learned about the shellfish samples, the DLS’s Emergency Response Branch tested for the same toxins (saxitoxins and gonyautoxins) in the patient’s sample, using its new gonyautoxins test for human samples. This test detected high concentrations of saxitoxins and gonyautoxins in the patient’s sample, confirming that the patient was sick with PSP, as the hospital had originally suspected. This marked the first time CDC confirmed gonyautoxins and saxitoxins in a human sample for a state. Not only did it represent a big step forward for PSP laboratory testing at CDC, but it also improved CDC’s ability to assist partners in diagnosing HAB-associated illnesses in the future.

Collaborative relationships with state and local partners are crucial to the success of CDC’s HABs work. This holds true for the HABs-related technical assistance provided by CDC at the request of its partners, both outside and inside CDC laboratories. As CDC continues to study algal toxins and their effects on human and animal health, it will continue to work alongside public health labs around the country to develop new and improved testing methods.

*To protect individuals from HAB toxins, Alaska urges residents who eat shellfish to only buy commercially sold shellfish, which are subject to routine testing. Non-commercial shellfish (ones collected by individuals on the shore) do not undergo this testing and can, therefore, be contaminated. 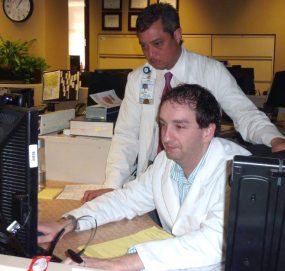 Since 2002, CDC has worked with the American Association of Poison Control Centers (AAPCC) and the National Poison Data System (NPDS) to monitor poison center calls and watch for information that could indicate a potential public health issue. In the summer of 2016, CDC scientists tasked with monitoring these calls noticed an increase in callers from the state of Utah. The callers had one thing in common: they had visited Lake Utah and had symptoms related to toxic algal bloom exposure, including vomiting, diarrhea, and rashes.

Once the CDC scientists realized these calls could be the first sign of a harmful algal bloom in the lake, they quickly worked to report the calls to their poison center contact and to public health officials from Utah. Armed with this information, Utah officials immediately assessed the situation and determined that a large toxic algal bloom was spreading across the lake. They decided to close the lake to the public until the bloom ran its course and disappeared a few months later in mid-October.

This example shows the way in which CDC collaborates with partners to assist them in identifying and responding to HAB events. In this case, Utah was prepared to address the HAB without additional help from CDC; in other cases, health officials may ask CDC for further assistance. Whatever the situation may require, CDC is ready to work with its partners to help to protect the health of the public.