“Let’s face it – this is a problem that people do not like to talk about. But it goes to the heart of ensuring good health, a clean environment and fundamental human dignity for billions of people.”—United Nations (UN) Deputy Secretary-General Jan Eliasson. Mr. Eliasson is right. Most people don’t like to talk about toilets. But here is why we have to. This simple utility has a huge impact on safety, health and education globally. Close to 2.5 billion peopleExternal around the world lack “improved sanitation facilities’ –defined as “separating human waste from human contact in a hygienic way.” Examples are pit latrines, pour/flush toilets, composting toilets and toilets connected to sewers or septic tanks. With innovation and education, the gap between safe toilets and unhealthy living conditions can be bridged. 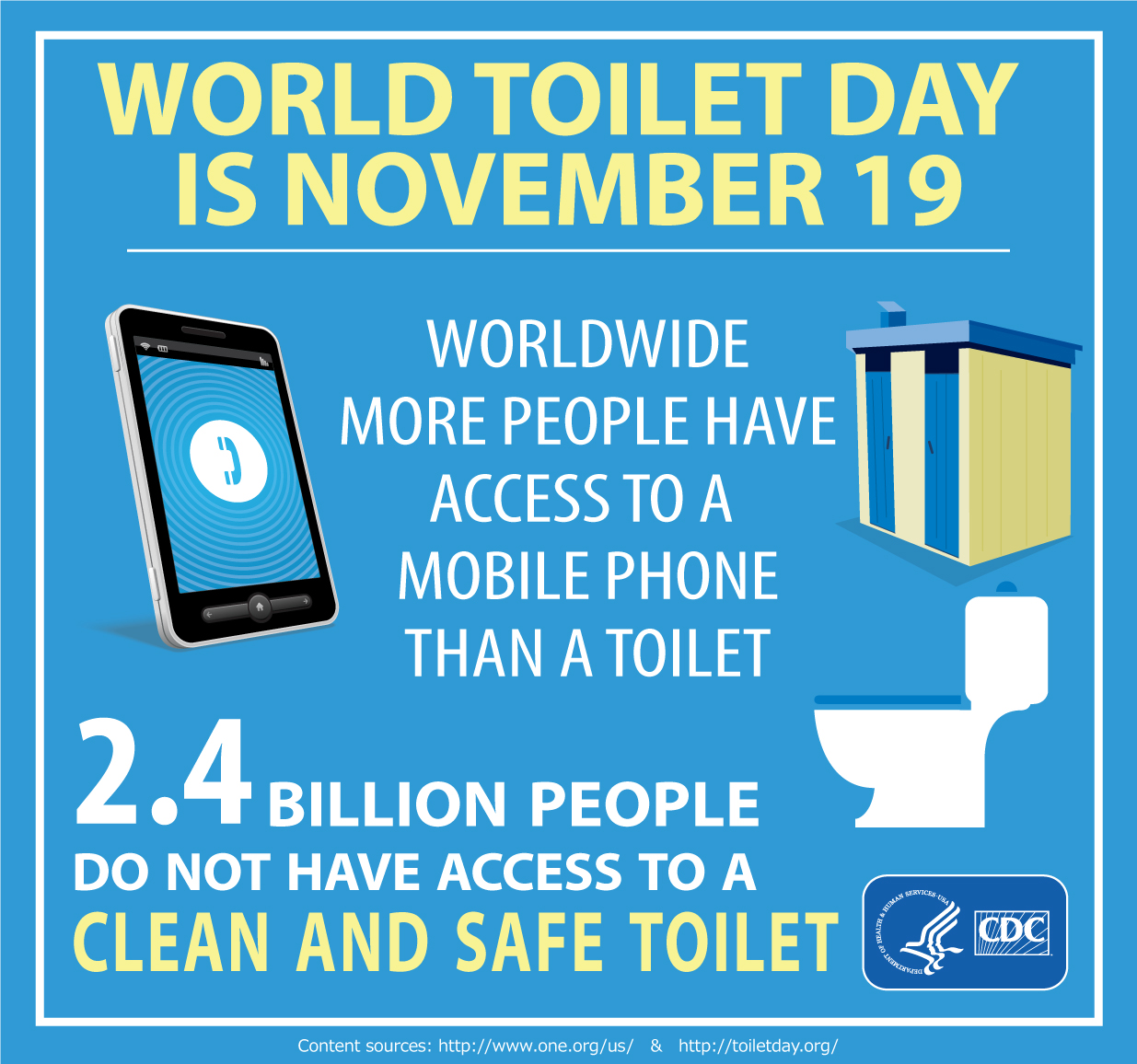 So what happens when there’s no place to go? The result is an unhealthy environment contaminated by human waste. This in turn, can contaminate a community’s land and water which increases the risk of disease.

People living in communities lacking sanitary facilities are more likely to come into contact with human waste via their water or food which puts them at increased risk for infection.

Inadequate waste disposal accelerates the spread of disease that lives in soil, food, and water.

Water-, sanitation-, and hygiene-related diseases, including diarrhea, cholera, hepatitis and dysentery (bloody diarrhea), are some of the primary causes of illness and death in these settings, especially among young children. In fact, every 20 secondsExternal, a child dies as a result of poor sanitation. In addition, poor sanitation is associated with other diseases such as intestinal worms, trachoma and schistosomiasis and contributes to malnutrition in children.

So what’s being done to change the state of global sanitation? In November of 2013, UN Member States passed a resolution to encourage behavioral change and implement policies to increase access to proper sanitation. The resolution also calls for an end to open-air defecation, as it is harmful to public health.

Finally, there’s World Toilet DayExternal, designated by the UN to raise awareness for the billion people who do not have access to clean, safe sanitation.