Protecting the Power of Antibiotics: Lessons from Egypt

By Lauri Hicks and Maha Talaat 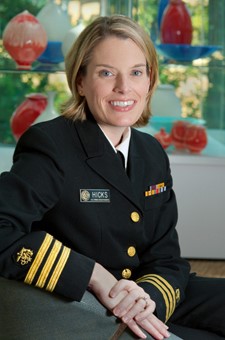 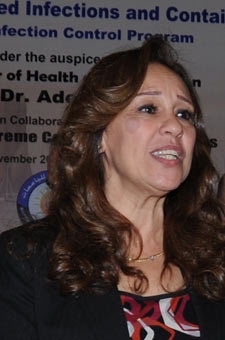 Consider this: Alexander Fleming discovered the first antibiotic – penicillin – in 1928, at a time when the world’s population was less than 1/3 of what it is today and commercial air travel was not yet commonplace. In our century, dangerous bacteria can very quickly spread from person to person across the globe.

When these bacteria stop being susceptible to the drugs we use against them, common infections can turn into deadly threats. Because we are not taking care of our valuable medicines, rates of antimicrobial resistance (AMR) are currently rising all over the world. In Egypt, two CDC experts – one from Egypt and one from the U.S –have joined together to help protect the power of antibiotics.

Dr. Maha Talaat of GDD, CDCN Egypt has been leading infection prevention and control efforts in Egypt for over a decade, while Dr. Lauri Hicks serves as medical director for CDC’s “Get Smart: Know When Antibiotics Work” program in the U.S. The two scientists share a common passion for stopping antibiotic resistance.

“It’s a problem that we must tackle,” says Lauri, “because it’s an incredibly concerning public health threat.” However, she adds, “This is not something that we’re going to fix overnight. It takes time to change behavior and cultural norms regarding how antibiotics are used.”

The shift is even harder to make when antibiotics are available over the counter, as in Egypt. Maha and Lauri know that education and outreach are critical in changing attitudes about antibiotics. “A key component to change is educating healthcare providers and the general public, and we wanted to identify how best to do that,” says Lauri.

To investigate the problem, Lauri and members of Maha’s team traveled to Damanhur, a small city, and Minya, a rural area, in Egypt. There they met with providers to see what challenges they face with antibiotic prescribing. Lauri reports, “A lot of providers said that if they didn’t prescribe something, patients would just go to the pharmacy and get it.”

To test this, Lauri went to a pharmacy to ask what they would prescribe for certain conditions. It was clear to her that, generally, pharmacies in Egypt won’t refuse antibiotics if patients ask for them.

With this knowledge, Maha’s team launched a pilot campaign to teach people to use antibiotics correctly, including a 10-day training course for primary health physicians. Community leaders also went from house to house with information about when and how to take antibiotics. The campaign saw a striking reduction in antibiotic prescriptions for respiratory infections from 81% to 60.4%, proving that targeted education can translate into cultural change.

In Egypt, no one knew exactly how widespread or what the main causes of drug-resistant infections were. “Unless you can actually understand the problem, it’s hard to know what your target should be,” explains Lauri. Maha’s team, along with U.S. CDC’s Dr. Fernanda Lessa, began working on a plan with the Egyptian Ministry of Health, Ministry of Higher Education, and experts from the U.S., Europe, and WHO to identify hospitals with the highest infection risk, and then work with them to reduce it based on what the data revealed.

Maha’s team began by looking for active infections in Intensive Care Units in hospitals around Egypt. They started small in 2010, but the program now reaches more than 50 hospitals with over 1500 ICU beds, with more being added every day. Before the surveillance program, hospitals were blind to the main pathogens causing infections in their patients and the number of patients infected. With this new data in hand, participating hospitals improved infection control practices to reduce the number of infections by 36 percent.

Another aspect of the problem in Egypt is the inability of hospitals to accurately identify which bacteria were causing infections and the type of resistance. Maha’s team gained the support of hospital directors by presenting them with a list of supplies that would cost them only about $300-$500 per year. Removing the cost barrier paved the way for labs to produce reliable results clinicians could trust and use to manage patient care.

Still work to do

Egypt, like the rest of the world, still faces high rates of antimicrobial resistance. Maha keeps her focus on the goal: driving local action and national policy to reduce the use of antibiotics and save the future of these miracle drugs. Lauri issues a warning: “The threat of antibiotic resistance will only get worse if we can’t track what’s happening and continue to improve antibiotic use.”

To bring awareness to the growing problem, CDC launched its annual Get Smart About Antibiotics Week observance in 2008 and WHO is launching its first World Antibiotic Awareness Week this week. Both observances run from November 16-22, 2015.