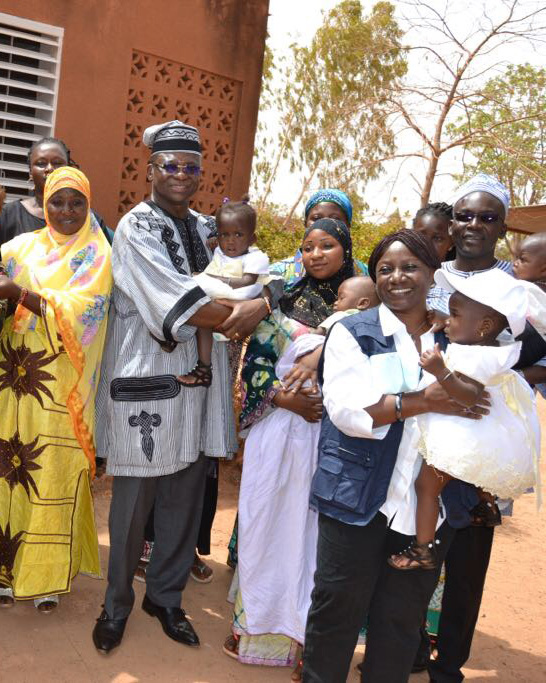 The Burkina Faso Minister of Health and Immunization Program Director visit with mothers at a clinic to celebrate the addition of meningococcal A conjugate vaccine (MACV) to the routine immunization program for children in Burkina Faso on March 6, 2016.

Being one of 26 countries in Africa’s “meningitis belt” is distressing enough, but Burkina Faso’s troubles with the disease that infects the lining of the brain and spinal cord ran deeper thanks to geography and history.

Those factors are why Burkina Faso is known as the “buckle” of the meningitis belt, a country that has endured higher rates of meningococcal disease than its neighbors and other countries in the region.

But while the geography hasn’t changed, Burkina Faso’s fortunes in the fight against meningitis have. Burkina Faso made progress in defeating epidemic meningitis thanks to an aggressive and successful vaccination campaign that illustrates the value of immunization and broad coalition of health organizations, including the Centers for Disease Control and Prevention.

The roots are deep. In 2010, Burkina Faso was the first country to make available an affordable, tailor-made meningococcal A conjugate vaccine (MACV or MenAfriVac™) to everyone from age 1 to 29. It was a monumental effort, with more than 11 million people receiving the vaccine during the 10-day campaign.

Data from Burkina Faso demonstrated a substantial and remarkable effect. From 2010 to 2014, not one case of serogroup A meningococcal meningitis occurred among vaccinated individuals. The results in Burkina Faso demonstrated the success of the Meningitis Vaccine Project, a novel public-private partnership launched in 2001 and financed by the Bill & Melinda Gates Foundation.

Working with a vaccine manufacturer (Serum Institute of India Ltd) and public health officials from across Africa, the Meningitis Vaccine Project developed and ultimately licensed in 2009 the vaccine known in shorthand as MACV or MenAfriVac™. The vaccine was implemented across the meningitis belt starting in 2010, including Burkina Faso.

Despite the effort and positive results, serogroup A meningococcal disease was not entirely defeated.

Isolated cases and clusters of disease continued to flare, particularly in areas where there were gaps in vaccination.

In October 2013, the Bill & Melinda Gates Foundation awarded a grant to CDC’s Meningitis and Vaccine Preventable Diseases Branch (MVPDB) to establish a meningitis surveillance network called MenAfriNet focused on counties in the meningitis belt where the disease remained a stubborn presence.

Burkina Faso is the only MenAfriNet country whose entire population is monitored for trends in disease due to bacterial meningitis pathogens—every case patient with suspected meningitis in the country is investigated and clinical specimens collected to confirm the causal pathogen at a reference laboratory. This system of tracking meningitis detected and confirmed a cluster of serogroup A meningococcal disease cases in 2015. This included the first and only documented case of serogroup A meningococcal disease in someone who had been vaccinated with MACV. While there had been a significant reduction in serogroup A meningococcal disease in Burkina Faso, this cluster of cases alerted public health officials that the pathogen was still circulating and putting unvaccinated individuals at risk. 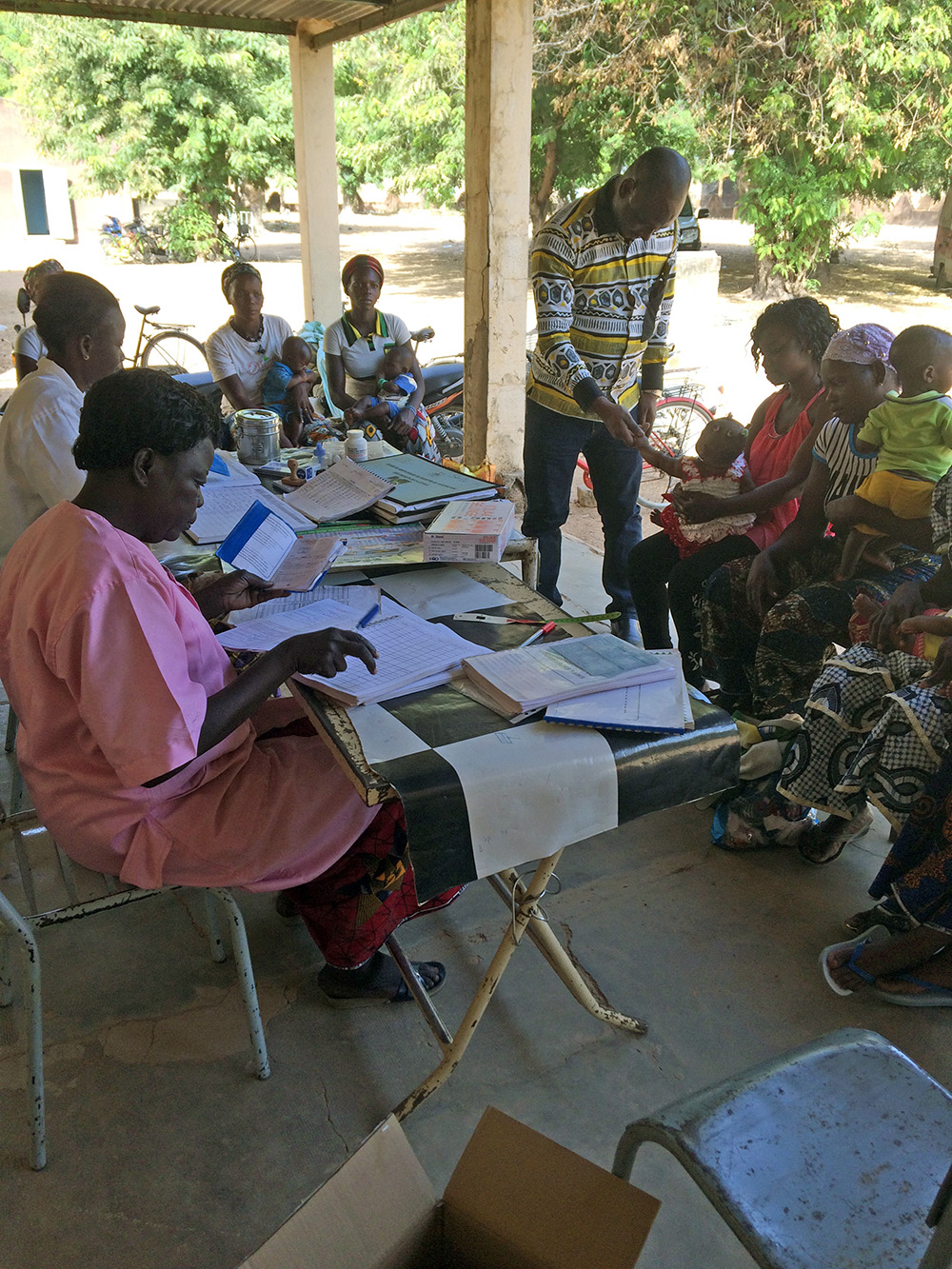 Mothers in Burkina Faso waiting in line for their children to receive MACV, now given as part of the routine immunization program at 15 months with second dose measles containing vaccine (MCV2) in March 2016.

Between the initial 2010 mass vaccination campaign and 2015 there had been no follow-up meningococcal A conjugate vaccinations in Burkina Faso. In 2015, the largest proportion of the population at risk for serogroup A meningococcal disease were the more than 4 million children born after the 2010 mass vaccination campaigns, who had not yet received MACV and remained unprotected. Following the cluster of serogroup A cases, the Burkina Faso Ministry of Health responded by initiating a “catch-up” MACV vaccination campaign targeting children 1 to 6 years old in October 2016. They became the third country in the meningitis belt to integrate MACV into its childhood immunization program in 2017.

The vaccine is now being offered to all children free of charge in all health centers and given with a second dose of measles-containing vaccine (MCV2) during the 12 to 15-month visit.

CDC is working with the Burkina Faso Ministry of Health and several partners to perform a survey of MACV vaccination one year after its inclusion in the childhood immunization program. This effort will also assess whether offering MACV impacts the uptake of other vaccines given at the 12 to 15-month wellness visit, such as MCV2. Because of high demand for MACV in Burkina Faso and other countries in the meningitis belt, integration into the childhood immunization program has the potential to increase the proportion of the population receiving other life-saving vaccines.

Building on a 20-year history of collaboration, MVPDB will continue to work with Burkina Faso to strengthen national surveillance capacity, to continue to monitor meningococcal disease trends and inform vaccination policy. Together we hope to continue to make progress toward the goal of eliminating epidemic meningitis as a public health problem in Africa.