January 12 marks five years since Haiti was hit by a devastating 7.0 magnitude earthquake. More than 200,000 lives were lost and another 2 million people were displaced when their homes were destroyed. But the country has come a long way despite a series of public health setbacks including the cholera outbreak that began ten months after the earthquake. Since then, the CDC-Haiti office has been working to strengthen Haiti’s public health system. 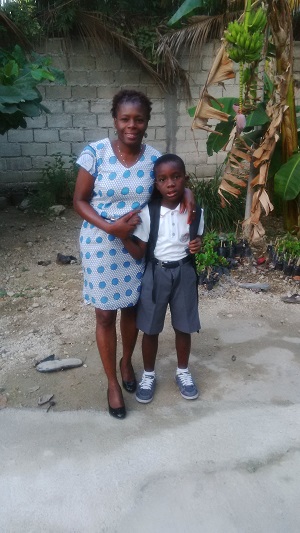 Marie Michelle Paris, who has worked in CDC’s Haiti office for 8 years has her own personal reflections on the earthquake. She recalls the moment the earthquake hit. “I thought it was the end of the world.” She had just left the CDC-Haiti office, where she works as an executive assistant to the CDC-Haiti director. She was with her son Chris, who was four at the time.

Ms. Paris said she felt fortunate not to lose her home to the quake, but says she still slept outside for months, fearing that another earthquake would hit. She also felt fortunate because of the assistance that CDC provided staff members in the days following the disaster.

“CDC distributed ready-made food and shared with us. They gave us water along with care packages with cards of support. We received beds and mattresses that were ready to sleep anywhere.”

She says CDC also provided psychological help. They let her know that this kind of tragedy can strike anywhere in the world and that she and her family were not alone. “When my son was sick two weeks after the earthquake he got diarrhea and fever. CDC helped him and I was so thankful when he got better.”

Ms. Paris also reflected on Haiti’s health systems and infrastructure following the disaster. She described the cholera outbreak that occurred in her country just ten months after the earthquake.

It was the first cholera outbreak in more than 100 years. Haiti already had weak sanitation systems that were worsened by the quake. Because the Haitian medical community had little experience with Cholera they needed rapid trainings on treatment, prevention and patient management. CDC, in collaboration with sister agencies in the U.S. government and other international partners, provided assistance to help the government of Haiti manage the outbreak. 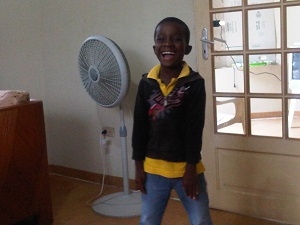 Marie Michelle Paris’ son Chris is now 8 and still mentions the earthquake from time to time.

Ms. Paris says sanitation and infrastructure in Haiti still need serious improvement but she feels it’s gotten somewhat better. She also says the infrastructure has improved and there are far fewer people living in tent cities. She says she feels safer now because there are better building standards.

Her hope for Haiti is that Haiti’s leaders and outside agencies can collaborate to help Haiti continue to recover.