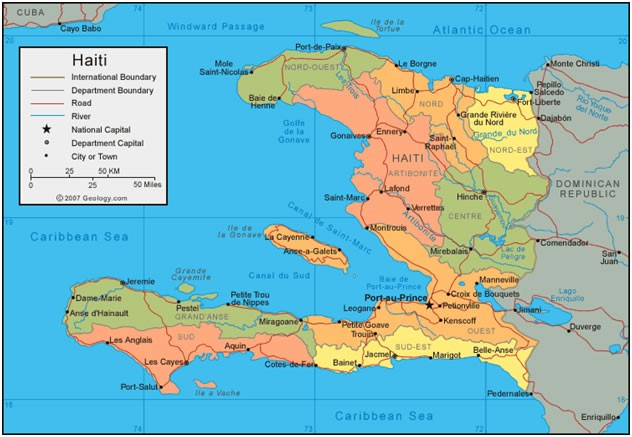 April 25th is World Malaria Day, a day when the global community takes stock in achievements and reminds us of the commitments countries have made to control and eliminate the burden of this deadly but preventable disease. Malaria caused over 445,000 deaths and 216 million cases worldwide in 2016. This year, the global malaria community is coming together around one common goal: being “Ready to Beat Malaria.” This bold vision could soon become a reality in the Caribbean, further bolstering efforts to eliminate malaria across the Americas.

The island of Hispaniola, shared by Haiti and the Dominican Republic, is the last remaining island in the Caribbean with malaria and is now poised to beat this infectious disease threat. Since committing to malaria elimination in 2009, Haiti and its partners have made real progress towards this goal. The number of new malaria cases has declined by 50% to around 20,000 cases each year across Hispaniola, and the number of cases in the Dominican Republic this past year was the lowest in history. The National Malaria Control Program (NMCP) in Haiti, with support from CDC, has scaled up use of rapid diagnostic tests, established an insectary that strengthened the country’s capacity for controlling mosquitoes and other insects that spread disease, and established a system to monitor for drug resistance to chloroquine, which is the primary treatment for malaria in Haiti. Innovative strategies are now being employed to help Hispaniola get to zero cases of malaria and provide critical information for other countries as they approach elimination.

A commitment to elimination

In 2015, an alliance of governmental, academic, and non-governmental partners led by CDC, called Malaria Zero, came together to help accelerate elimination efforts on the island. A key focus of this initiative is generating reliable local and national level data needed to make evidence-based decisions on the best elimination strategy and to effectively target efforts to shorten the timeline to elimination. In 2017, NMCP and CDC completed a large malaria household survey that will serve as a model approach to finding pockets of ongoing malaria transmission. Patterns of malaria transmission were evaluated across two communes (geographic areas), Verrettes and La Chapelle, in the Artibonite Department in Haiti. About 20% of the population in these areas answered questions about activities that might put them at risk for malaria and gave blood samples when the survey teams visited their homes. While the overall rate of malaria in this area was very low (less than 1%), two distinct pockets of malaria were found. One of these pockets was far from a health facility. To achieve malaria elimination, it will be important to ensure that everyone in Haiti has access to malaria treatment, for example by supporting rural community health workers to help test, track, and treat malaria. Another alliance partner—Tulane University—adapted an approach that helps to very quickly identify areas where transmission may still be occurring, by testing people at schools, churches and health centers.

These approaches will help NMCP and partners find all the areas where malaria continues to occur. This is particularly important in places like Haiti that are close to malaria elimination. In such places, malaria transmission becomes localized in specific, at-risk populations–“malaria hotspots.” In all areas with malaria, standard control measures need to be put in place—monitoring, diagnosis, treatment, and mosquito control and the alliance will support these critical activities. But in the hot spots, getting to zero cases may require additional and more aggressive community-based approaches. For example, treatment medicines could be provided to the whole population in a hot spot—a strategy called “targeted mass drug administration”. Findings from surveys will guide decisions about which interventions to prioritize where, information that is particularly needed in settings like Haiti where resources are limited.

Elimination of malaria from Haiti and the Dominican Republic will have far-reaching benefits in Hispaniola, and will serve to improve malaria elimination efforts beyond the Caribbean, moving the world one step closer to beating malaria once and for all.