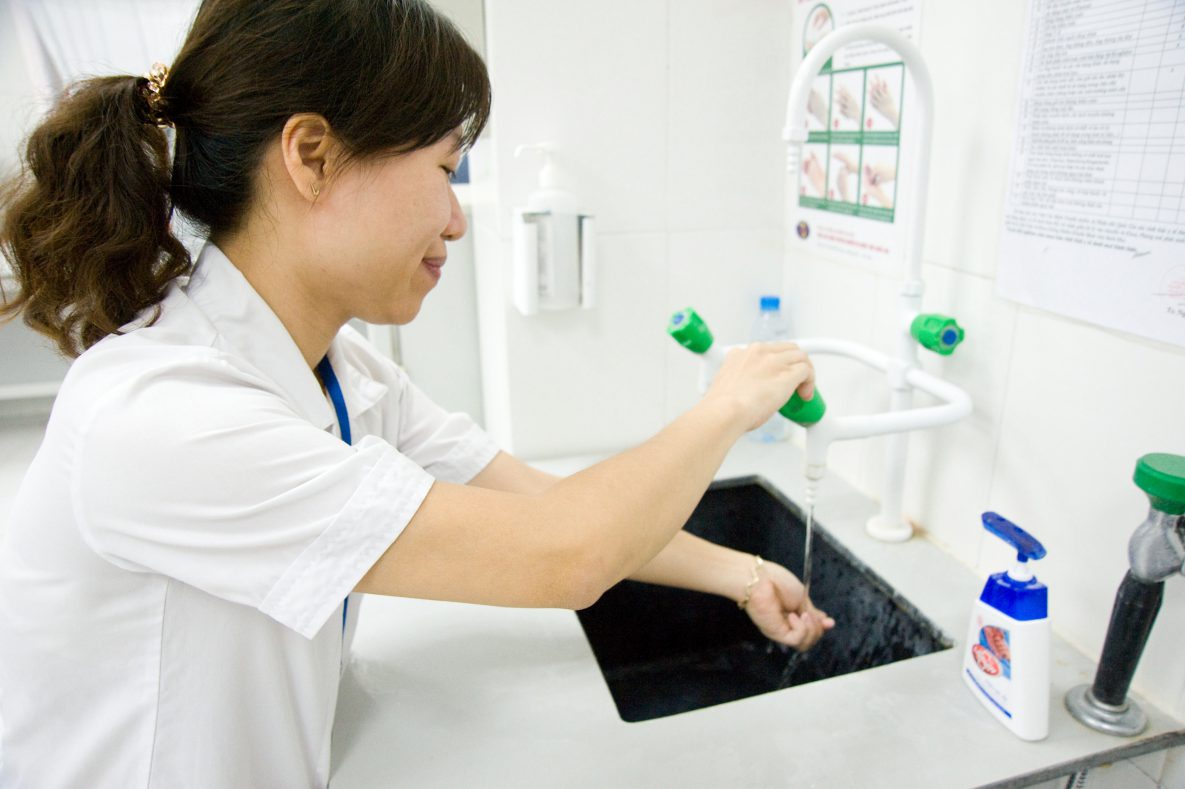 Maintaining hand hygiene is one aspect of (IPC) practices, which are critical to stopping the spread of resistant germs in healthcare settings

The challenge: High levels of antimicrobial resistance are found in every region of the world, threatening our ability to treat even the most common infectious diseases.

The solution: CDC is supporting Vietnam in tracking multi-drug resistant infections in hospitals as part of the country’s National Action Plan – a critical step in monitoring the spread of antibiotic resistant bacteria.

To combat AMR, CDC’s work with countries focuses on:

Proper infection prevention and control (IPC) practices are also critical to stopping spread of resistant germs in healthcare settings; a “champions” initiative strengthens these practices among healthcare workers by training a core group of professionals who can then train others.

The country has also assessed the quality and capacity of their AMR surveillance laboratories and has provided training and mentoring for selected labs. At the national level, Vietnam now has guidelines for microbiology and antibiotic susceptibility testing. They also have a national program to build capacity in infection prevention and control.

Although Vietnam has made significant progress in setting policies to combat AMR, there is much to be done to better detect and prevent resistant germs, both in and outside of healthcare settings. Ensuring that every country is able to rapidly and effectively detect AMR is critical to protecting the health of the global community.

CDC is working with 31 priority countries to develop global health security capabilities, which protect Americans and people around the world from disease threats. This story illustrates Vietnam’s commitment to: