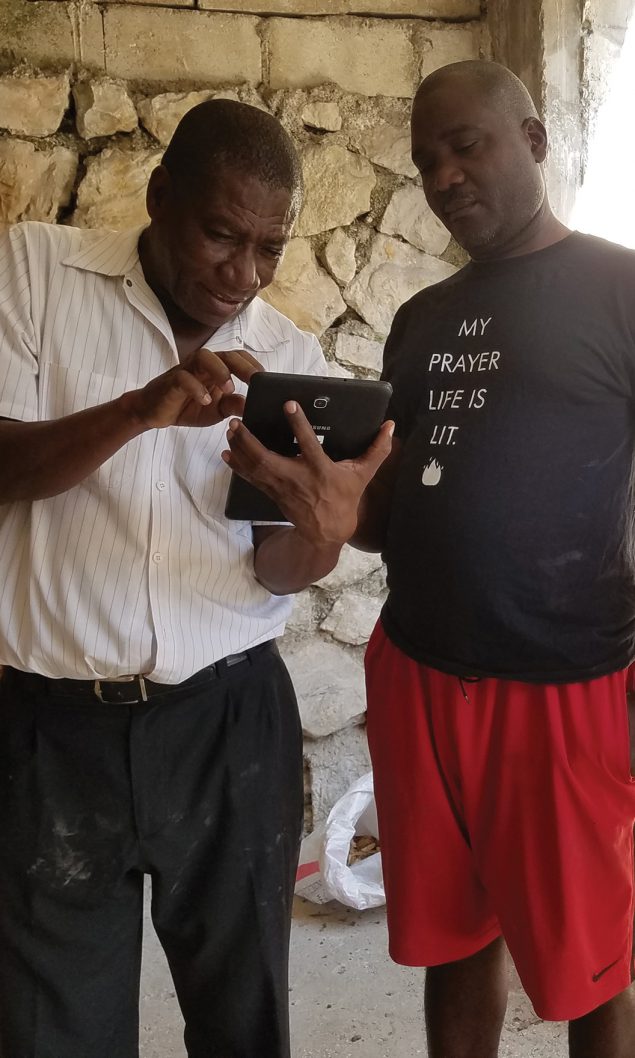 Providing expert technical advice to providers in the U.S. and around the world on parasitic diseases

DPDM staff provided expert technical advice on the prevention, diagnosis, and treatment of parasitic diseases through its 24-hour hotlines, responding to more than 6,300 inquiries in 2017. DPDM also facilitated the release of otherwise unavailable life-saving medications for 150 patients in the United States with parasitic infections including Chagas disease (71) and severe malaria (41). 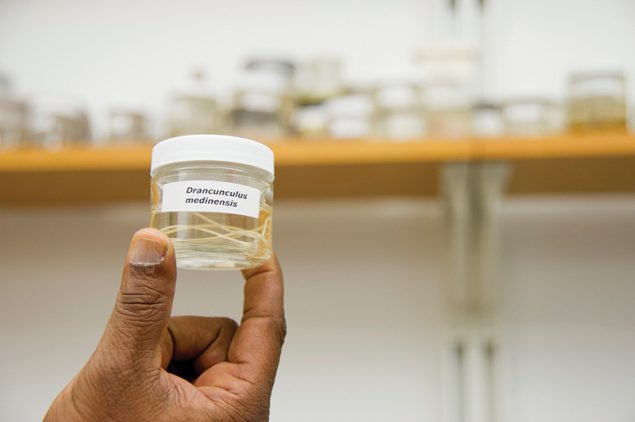 DPDM has a long history of fighting lymphatic filariasis (LF), a debilitating neglected tropical disease (NTD) spread by the bites of mosquitoes. Over the past several years, DPDM staff have provided key technical assistance to the Ministry of Public Health and Population in Haiti to ensure proper monitoring of a study to determine the frequency, type, and severity of adverse reactions following triple-drug LF therapy, compared to the standard two-drug therapy. In October 2017, WHO revised recommendations for preventive chemotherapy of LF, changing the recommendation to a three-drug regimen based on the results of this and other completed studies in Fiji, India, Indonesia, and Papua New Guinea. In 2017, DPDM staff also continued to support the implementation of triple-drug LF therapy to help achieve the elimination of LF in American Samoa.

In September 2017, DPDM staff led the publication of a special supplement in the American Journal of Tropical Medicine and Hygiene, “Evaluating the Impact of Malaria Control Interventions in Sub-Saharan Africa,” which demonstrated that over the last decade global malaria control efforts have saved millions of children’s lives in the areas most affected by malaria. In nine novel articles, the authors, including those from PMI and other partner agencies, presented real-world evidence of declining trends in malaria infection and illness as well as improved child survival across sub-Saharan Africa. For example, the authors noted that between 2000–2015 malaria deaths declined by 60 percent, and almost seven million lives were saved. 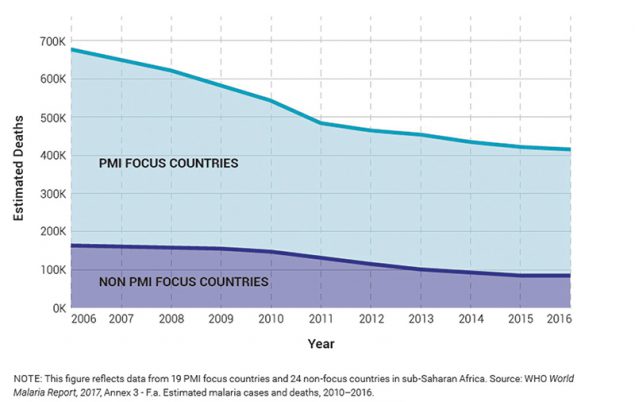 In 2015, CDC, the Nigeria National Malaria Elimination Programme (NMEP), the Nigeria Field Epidemiology and Laboratory Program (NFELTP), and the National Stop Transmission of Polio (NSTOP) program initiated the NSTOP/ Malaria Frontline Project to improve malaria control in Nigeria by strengthening the capacity of the public health system to reduce malaria, as well as to improve the prevention, detection, and response to epidemics and other high-impact diseases. The project builds on the experience gained from polio eradication efforts and the Ebola response to strengthen capacity at the facility, local government area, and state levels to analyze and use malaria surveillance data for decision making. In 2017, the Malaria Frontline Project provided training, onsite mentorship, and technical support to more than 5,000 local government health officials across Kano and Zamfara States. Now community healthcare workers can carefully monitor the stocks of malaria prevention and treatment supplies and trends in local illness cases diagnosed and treated in each of the health facilities. They are also able to use data to spot early trends and to target emergency supplies and outreach efforts at the time and place they are most needed.

In January 2017, WHO redesignated the Parasitic Diseases Branch in DPDM as a PAHO/WHO Collaborating Centre (WHOCC) for Dracunculiasis Eradication, continuing CDC’s longstanding commitment to eradicating Guinea worm disease (GWD) globally. One of DPDM’s critical contributions to the global program is aiding in the proper diagnosis of GWD from suspect cases. In 2017 DPDM staff examined 111 individual worm specimens received from humans and animals with suspected GWD.

Since 2012, DPDM laboratories have been working on the development of antibody-based testing for post- elimination surveillance for the eye disease trachoma, an NTD, with a focus on the Chlamydia trachomatis antigen, Pgp3. Historically the only primary method for diagnosis was physical examination of the eye and/or examination of stained conjunctival scrapings of the eye. By the end of 2017, DPDM-developed tests had been evaluated by laboratories in three African countries, and more than 60,000 blood samples from 29 districts in 11 countries had been tested using the new test.

Increasing provider awareness of parasitic diseases in the United States

DPDM is committed to raising awareness of five neglected parasitic infections in the United States, including Chagas disease. In September 2017, DPDM staff participated in an all-day continuing medical education (CME) symposium, “Chagas disease in the United States: Improving Patient Diagnosis and Treatment,” held at Einstein College of Medicine in the Bronx, NY. The symposium, supported by DPDM’s neglected parasitic infections cooperative agreement, included discussion of the epidemiology and clinical aspects of Chagas disease and how to diagnose and manage patients with Chagas disease in the United States. More than 100 health care providers were trained on general clinical management, approaches to managing chagasic cardiac disease, and the results of a trial that assessed the impact of treatment on patients with early chagasic cardiac disease. 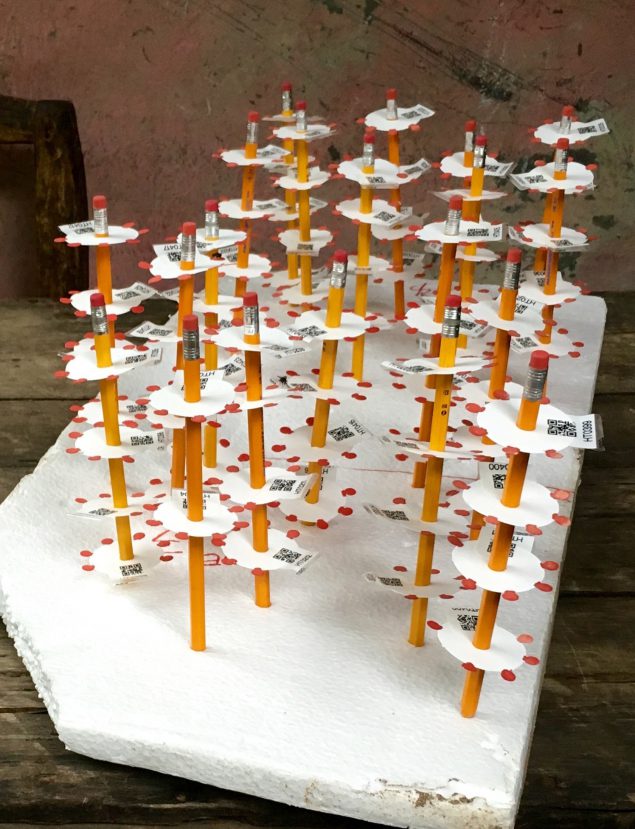 Notable Scientific Publications
DPDM: What We Do

DPDM protects the health of Americans, including active and retired military personnel, travelers returning to the United States, and those living abroad, as well as the global community, from parasitic diseases. We:

Protecting Americans: Working with healthcare providers to deliver life-saving diagnosis and treatment of parasitic diseases in the United States, and to disseminate up-to-date, data-driven guidelines and recommendations for public health partners and the public.

Eliminating the Global Burden of Malaria and NTDs: Reducing the global deaths, illnesses, and risks of malaria and NTDs by providing scientific support to ensure data-driven, effective disease control and elimination programs.