Ending the Burden of Diseases: Eradication and Elimination Efforts

A girl’s marked fnger shows she has been vaccinated for polio. 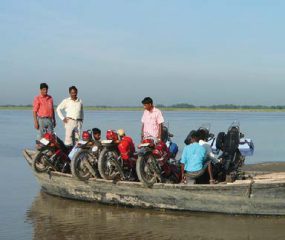 October 24, 2018, marked World Polio Day and 30 years since the Global Polio Eradication Initiative (GPEI) was formed. GPEI is one of the largest public-private partnerships in public health, led by national governments with five spearheading partners—CDC, the World Health Organization (WHO), Rotary International, the United Nations Children’s Fund (UNICEF), and the Bill & Melinda Gates Foundation. With 20 million volunteers and 200 countries involved, GPEI is working to meet its goal of eradicating polio worldwide.

In the past 30 years, the world has made incredible strides toward achieving a polio-free future, with 80% of the world’s population now living in certified polio-free regions and only three countries that have never interrupted wild poliovirus transmission (Afghanistan, Nigeria, and Pakistan). Since 1988, wild polio cases have been reduced by over 99%— down to just 33 cases reported in two countries (Afghanistan and Pakistan) in 2018.

We must take bold steps in this challenging last mile of eradication. Continued innovation and program improvements to reach children everywhere and detect and stop outbreaks, along with increased investment, are necessary to finish the job. This worldwide effort will bring about the eradication of the second human disease in history.

Lymphatic filariasis (LF) is one of the world’s most stigmatizing and debilitating diseases. More than 120 million people have LF worldwide, and another 1.3 billion are at risk of acquiring the infection.

CDC and partners have been supporting Haiti to eliminate LF and, over the past year, have dramatically increased the number of people in the capital of Port-au-Prince who have received treatment, reaching an additional 600,000 people and achieving mass drug administration targets of 65% for the first time in more than five years. CDC experts worked on community-level planning to improve local engagement and drug distribution, as well as real-time tracking to confirm drugs were reaching those in need.

Getting to Malaria Zero in Hispaniola

Hispaniola, the island that includes Haiti and the Dominican Republic, is the only place with endemic malaria transmission in the Caribbean. Malaria Zero has one bold goal: to eliminate malaria from Hispaniola, thereby creating a malaria-free zone across the Caribbean. The CDC-led Malaria Zero consortium has gathered evidence, developed a strategy, and is now implementing efforts to accelerate malaria elimination on the island. The interventions launched in late 2017 include strengthening vector control, disease surveillance, case management, and community engagement to ensure that every case of malaria is tested, treated, and tracked within the national surveillance system. Additionally, two new malaria elimination activities—door-to-door mass drug administration and indoor residual spraying of houses—were successfully piloted in the fall of 2018, reaching approximately 10,500 households in 12 areas where malaria transmission is high. These interventions are aimed at local interruption of malaria transmission by 2020 in the Grand Anse Department of Haiti, a region that accounts for more than 50% of the island’s malaria burden.