Neglected tropical diseases (NTDs) include parasitic, bacterial, and viral diseases that cause illness and disability in more than 1 billion people worldwide. This group of diseases includes onchocerciasis (river blindness), Guinea worm disease, lymphatic filariasis (LF, or elephantiasis, a leading cause of avoidable disability), and trachoma (the leading infectious cause of blindness), as well as more than a dozen other diseases. 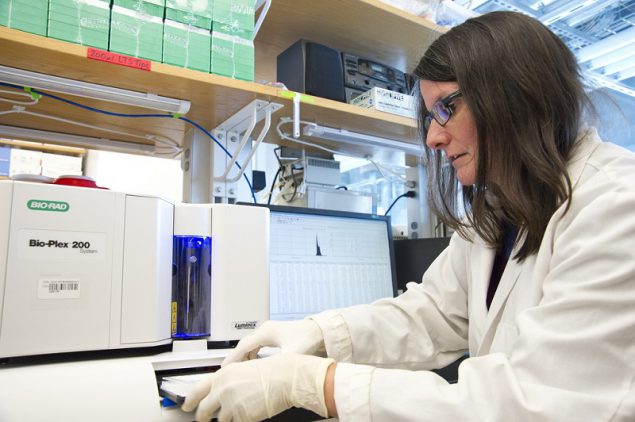 As the world recognizes the first annual World NTD Day, we want to share what we are doing towards meeting the ambitious goals that will be set forth in the World Health Organizationexternal icon (WHO)’s NTD 2030 Roadmap and beat NTDs. For good.

Collectively, the Centers for Disease Control and Prevention (CDC), the United States Agency for International Developmentexternal icon (USAID), and our partners have made tremendous progress towards global NTD goals. Thanks in large part to an approach that involves periodic distribution of safe and effective antibiotics (mass drug administration, or MDA) and other low-cost interventions such as water filters and bed nets, many countries are approaching nationwide elimination. Recent accomplishments include:

But the job is not done.

Being able to accurately determine where NTDs are still present—and detect them should they come back—is critical to achieving and sustaining control and elimination. Without accurate and reliable diagnostics, countries are hobbled in their fight against these diseases.

In 2018, when a CDC lab scientist uncovered a design flaw in an LF test that resulted in some infected people having negative tests, the manufacturer moved quickly to fix the problem and get the improved test back into the field. This further bolstered the collective drive to pioneer better diagnostics. With better, faster tests, in-country experts will be emboldened in their NTD elimination efforts.

As countries move to eliminate LF and other NTDs, new tools—and the capacity to effectively use them—are needed to help make the best decisions about what interventions are needed and to monitor diseases after elimination so that any reappearance can be dealt with swiftly.

CDC is currently working with partners to validate new testing methods for onchocerciasis. With these new methods, CDC and its partners will pinpoint remaining areas where onchocerciasis is still active and then take appropriate, strategic steps to interrupt transmission. 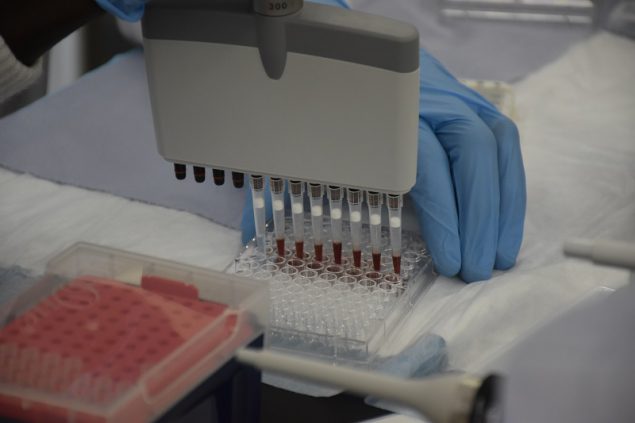 CDC developed a new blood-based test for trachoma to measure progress towards elimination of blinding trachoma, an NTD that affects approximately 84 million people worldwide and can lead to blindness when people are repeatedly infected. Credit: S. Elder / CDC

CDC’s recently developed multiplex immunoassay can detect antibodies to more than 30 different viral, bacterial, and parasitic disease agents from just a single small blood sample. This allows CDC to obtain critical public health information for a fraction of the cost of traditional methods. With these data, we are developing new strategies for identifying disease hotspots and targeting public health interventions to affected communities.

Programmatic decisions about where to focus trachoma elimination efforts are currently based on clinical eye exams. As countries reach elimination targets, simple, low-cost tools are needed to make sure trachoma does not return. Laboratory scientists at CDC have developed a low-cost rapid test that can detect antibodies to trachoma in blood. This test will help CDC and its partners monitor the impact of trachoma elimination programs and provide early warnings about where new transmission is happening. When we know where trachoma is spreading, we and our partners can step in and stop it. 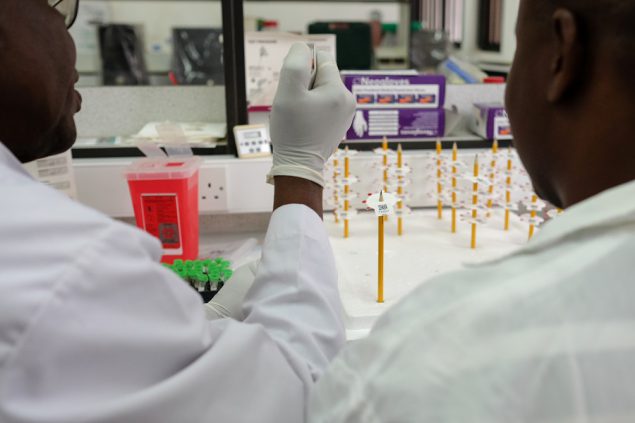 If you’ve ever found yourself nervously trying to wield a confusing and expensive power tool, you may already know that advanced tools are useless when left in untrained hands. They’re wasted.

To ensure that countries are equipped to combat NTDs, an important component of CDC’s NTD program is the development of a skilled international workforce capable of integrating new technologies into their nations’ NTD elimination efforts and training others. CDC experts have traveled across the globe to boost this capacity.

Alongside its partners—including the WHO, USAID, other US government agencies, NGOs, health departments, and clinics—CDC is forging ahead with the development of new tools that make NTD elimination a realistic goal. A reachable goal. With better tools comes the promise of better health for the millions of people worldwide still living under the threat of NTDs. For good.