CDC continues to recommend vaccination as the flu season is ongoing

January 11, 2023—CDC’s latest flu vaccination coverage estimates were updated on January 6, 2023. Estimates show that a drop in flu vaccine uptake observed early this season among adults overall has narrowed as the season has progressed; however, coverage among pregnant people remains concerningly low. Estimates of coverage among children continue to be similar to those from last season overall with the exception of improvements in coverage seen among Hispanic children. Other data show racial and ethnic disparities persist among adults despite some improvements in coverage among Black adults and Asian American adults, and coverage in urban and suburban parts of the country continues to be higher than in rural areas. With the flu season ongoing in the U.S., CDC continues to recommend flu vaccination.

By Race/Ethnicity: Flu vaccination coverage by race/ethnicity among children is similar to last season with the exception of among Hispanic children, where a 4.5 percentage point increase in coverage has been observed. This increase narrowed the disparity in coverage between non-Hispanic, White children (48.5%) and Hispanic children (47.8%). Non-Hispanic, Black children continue to have the lowest flu vaccination coverage (40.5%) among all racial and ethnic groups.

Claims data for adults vaccinated in pharmacies and medical offices early this season showed the number of flu vaccine doses given was down by 15 percent at the end of October, but this gap has been narrowing as vaccination has increased and more early claims have likely been captured. Claims data for adults as of December 17, 2022, suggest flu vaccination coverage may only be about 2 percent lower than the same time last season. Survey data from January 6, 2023 suggest flu vaccination coverage for adults this season is 4.1 percentage points higher compared to the same time last season. However, survey data may over-estimate coverage because self or parental reporting of flu vaccination status. Claims data, on the other hand, may underestimate the number of doses given since there are data reporting lags, and the claims do not capture all vaccination events like workplace vaccination.

Flu vaccination coverage differs based on where people live.

Coverage so far this season for children living in suburban and urban areas is similar to their coverage at the same time last season. 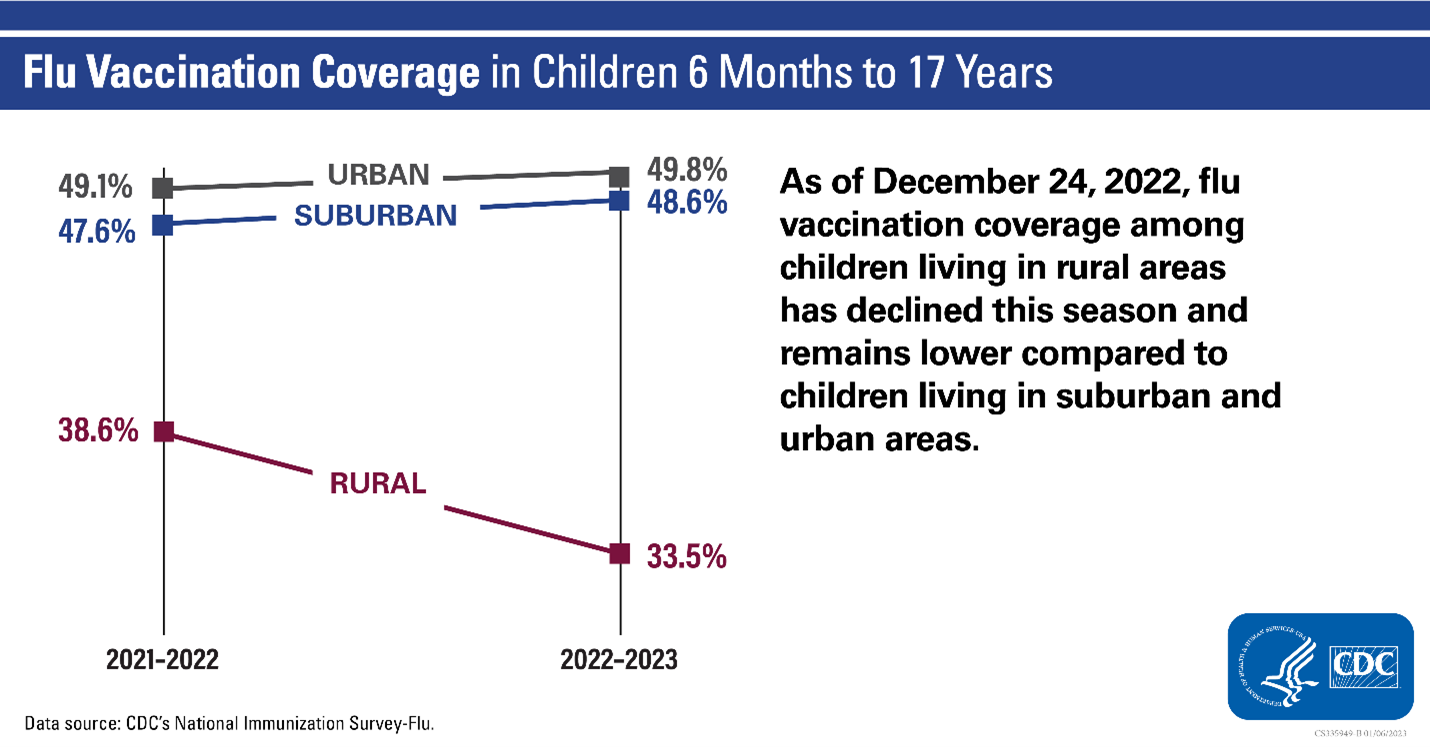 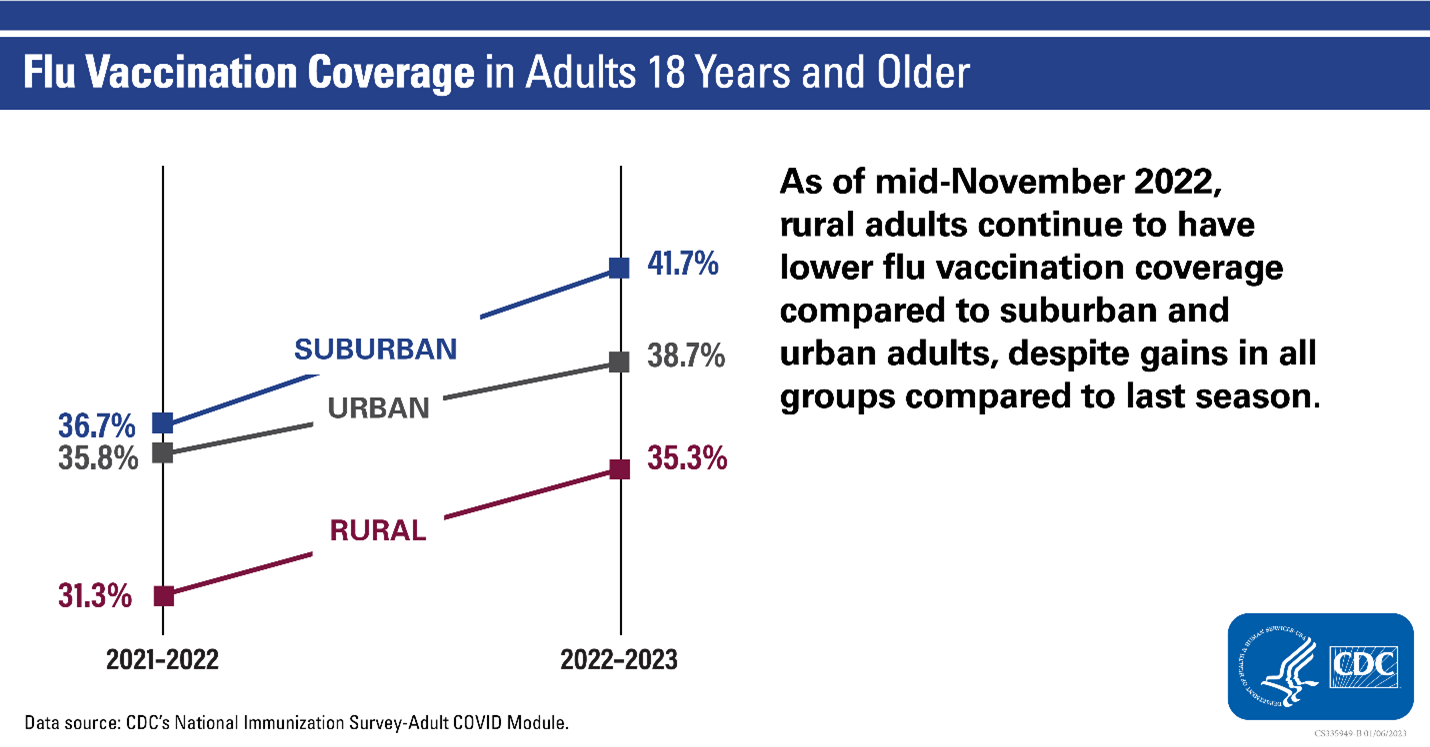 Although flu activity is declining in most areas, it remains elevated. This week’s FluView, week-ending December 31, 2022, reported almost 19,000 flu hospitalizations this week and another 13 flu-related pediatric deaths. This brings the total of flu pediatric deaths so far this season to 74. Similar to previous seasons, of the reported pediatric deaths that occurred in children who were eligible for vaccination and with a known vaccination status, approximately 80% were not vaccinated against flu this season.

Children younger than 5 years old—especially those younger than 2—and children of any age with certain chronic health conditions, are at higher risk of developing serious flu complications. Because these groups of children are at higher risk, it is especially important that they get a seasonal flu vaccine to reduce their risk from flu, including their risk of being hospitalized or dying from flu if they do get sick.

CDC recommends flu vaccination as long as flu viruses are spreading in the community. Everyone 6 months and older should get a flu vaccine each year for the best protection against flu. There’s still time to benefit from the protection vaccination offers this season as flu activity is ongoing.