In 2008, the ehrlichiosis case definition was split into four categories:

Infections from the recently discovered E. muris eauclairensis are still reported under the undetermined ehrlichiosis/anaplasmosis category. Due to low reporting numbers of other ehrlichioses, national surveillance data shown below only relate to cases of E. chaffeensis ehrlichiosis.

At a Glance: E. chaffeensis reporting 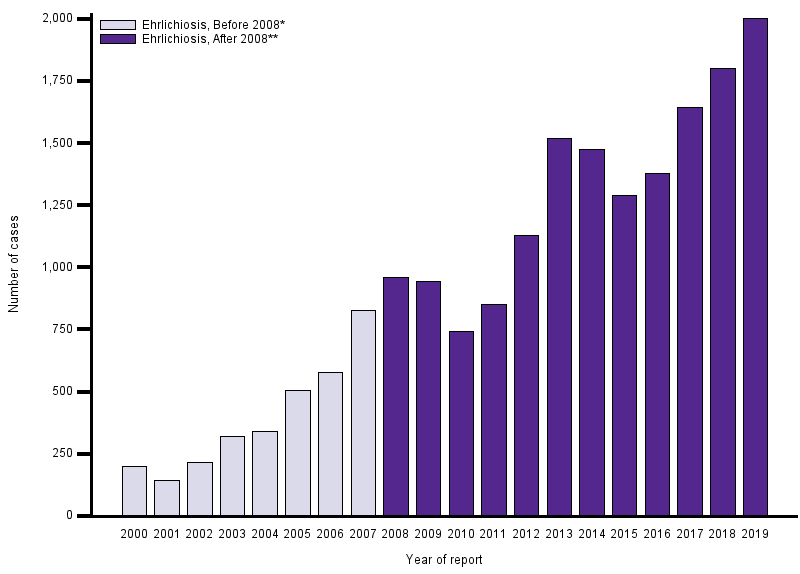 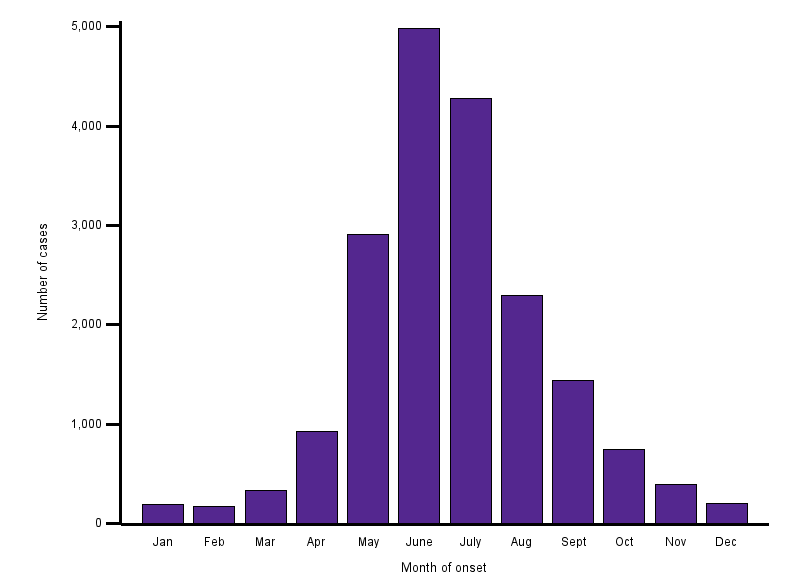 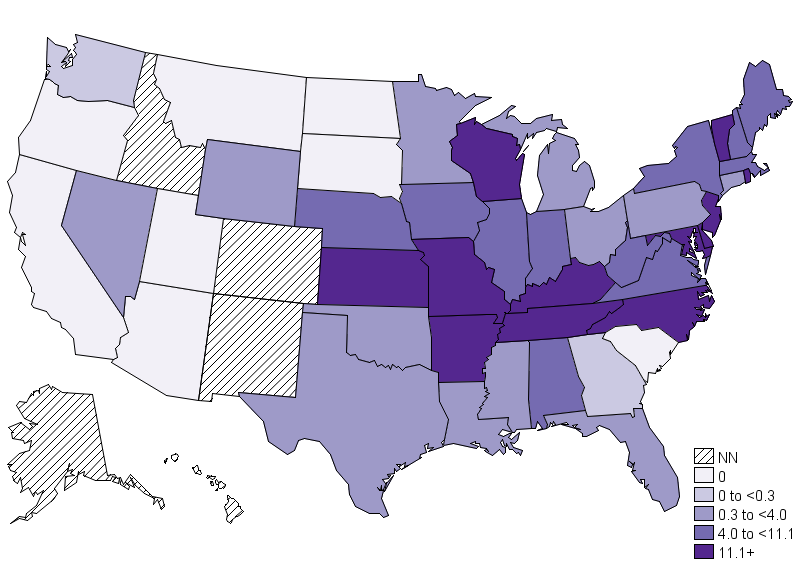