CDC and other agencies and institutions around the world are conducting thousands of epidemiological studies to learn more about COVID-19 and the virus that causes it. These studies help us understand:

A cohort study is one that keeps track of a group of people (cohort) over time. If the information has already been collected for other purposes, it is a retrospective cohort study.

For example, CDC scientists who studied demographic characteristics of people in Georgia who were hospitalized with COVID-19 found that the percentage of hospitalized patients who were black was higher than the percentage of hospitalized patients in the overall population. These results help public health professionals prioritize COVID-19 prevention strategies for people who might be at increased risk for severe disease by prioritizing funds, test and additional research in those communities and developing specific clinical guidelines based on differences in resources to slow the spread in these communities.

In a prospective cohort study, the data collection begins when a cohort is formed, and the data are collected from that group going forward. Current COVID-19 studies are looking at: 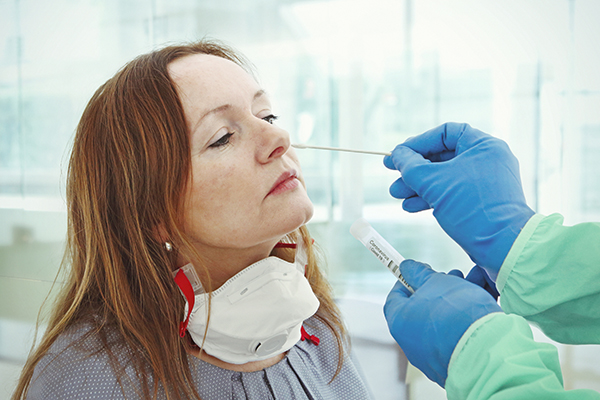 People who have been infected with a virus might develop antibodies (which are proteins in blood that to fight the virus) even if they don’t know they are infected. Serologic tests can be used to detect the antibodies. By counting the number of people with antibodies to COVID-19, scientists can learn how much the disease has spread in a population. Antibody tests are useful because they include infections that might have been missed because people had no symptoms (were asymptomatic) or mild symptoms and therefore did not get tested or receive medical care.

Antibody tests help answer other important questions about how COVID-19 infections are progressing through populations over time and help estimate how much of the population has not yet been infected, helping public health officials plan for healthcare needs.

Antibodies: Proteins in blood that the body produces to fight a foreign substance like a virus.

Asymptomatic: Describes a person who has been infected by a pathogen (such as a virus) but has no symptoms of disease. Asymptomatic people might still be able to spread the virus that causes COVID-19.

Cohort Study: A study in which data from a group (cohort) of people are collected and analyzed over time to identify a common health outcome or exposure.

Incubation Period: Time between when a person is exposed to a pathogen and when they begin to develop symptoms.

Morbidity and Mortality Rate: The frequency with which illness and death occur in a population in a specific period of time.

Prospective Cohort Study: Study in which scientists track a cohort (group of people) over time and collect and analyze data to identify characteristics they have in common that might be associated with a disease or other health outcome.

Retrospective Cohort Study: Study in which scientists analyze data that has already been collected from a cohort (group of people) over time to identify characteristics they have in common that might be associated with a disease or other health outcome.

Risk Factor: Behavior, environment, or characteristic of a person associated with an increased risk of disease or other health outcome.

Serologic Test: Test used to detect antibodies to a specific pathogen in a person’s blood.

Seroprevalence: The level of a pathogen in a population, as measured in blood serum.

Shed: To release from the body.

Spectrum of Disease: Range of signs, symptoms, and severity of a disease.