For COVID-19 Clues, Researchers Look to the Sewer 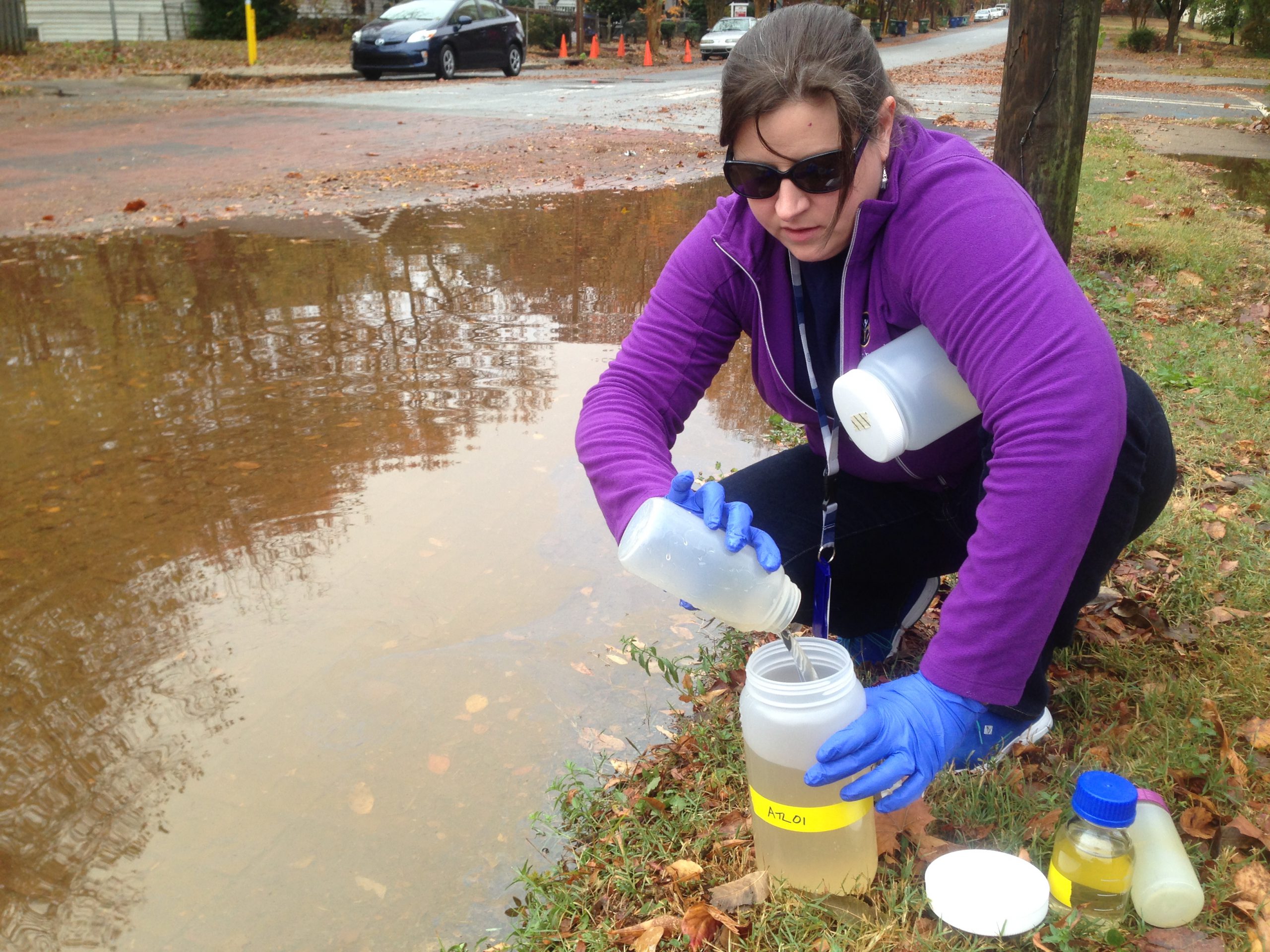 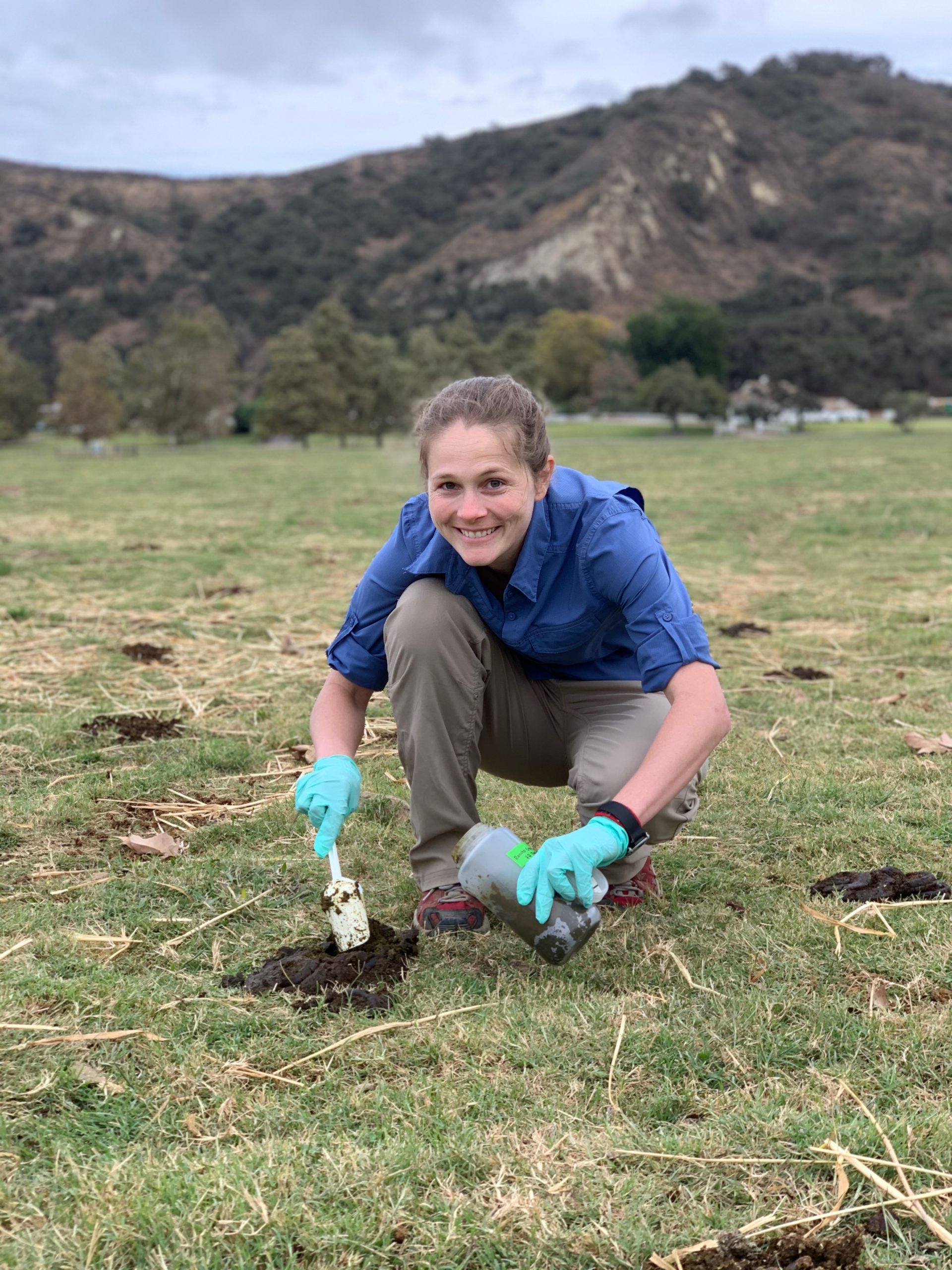 CDC environmental engineer Mia Mattioli samples cattle feces during an outbreak of E. coli at a nearby lettuce farm in California.

Go on, get the sewer jokes out of your system. But Amy Kirby and Mia Mattioli have probably heard them already.

Amy, a microbiologist, and Mia, an environmental engineer, are specialists in wastewater and how it can carry disease-causing germs.  Now, they’re trying to turn samples of sewage into an early warning sign of COVID-19 in a community.

“We’re both in the waterborne disease prevention field, so we do a lot of wastewater and fecal testing,” Amy says. “Poop jokes are a regular part of our career.”

In the past, Mia and Amy have worked together to trace outbreaks of disease back to contaminated water in places like lettuce farms and water parks. What they’re doing now is the flip side to their previous work—starting with contaminated water and using it to identify pockets of illness.

When people get infected with COVID-19, pieces of the virus can be found in feces. So when researchers like Mia and Amy find those bits of virus in sewer water, “we know there’s somebody in that community who has COVID-19,” Mia says.

By taking many samples over time, they can watch whether the amount of virus in those samples is going up or down. That might tell local health departments whether an outbreak is getting better or worse—or provide an extra insight when other data are murky.

“The trends in the sewage concentration have been shown to be a leading indicator in numbers of cases,” Mia says. “When the number of COVID-19-positive samples in sewage go up, 3 to 7 days later, the number of reported cases go up.”

Although this approach to identifying COVID-19 is still experimental, the science is not. Wastewater surveillance has been used in countries where polio is still a threat to look for evidence of polio in a community. In the United States, it’s been used as a way to estimate opioid drug use in a community by testing sewage for chemicals left behind after the body digests those drugs.

Amy and Mia are still trying to work out some details, such as how the amount of virus in a sample relates to the number of cases in people and how fast the virus can decay in wastewater. But tests across several states are under way. If successful, they hope this approach could be used as an additional tool for the current pandemic, as well as to look for other health issues, such as foodborne illness or resistance to antibiotics.

“We are working hard to develop these new and innovative approaches as another way to identify the spread of  COVID-19 in the community,” Amy says.

Mia and Amy both grew up in Atlanta, where CDC headquarters is located. On Mia’s first day at work, she encountered a group of her old middle- and high-school teachers waiting to tour the agency’s visitor center—including a guidance counselor who told her, “This is where you always wanted to be.”

Mia was always interested in public health, which led her to the University of Georgia (UGA), where she got her biomedical engineering degree, and then to Stanford University for a master’s and PhD in environmental engineering.

Mia started working on water, sanitation, and hygiene issues while doing graduate work in sub-Saharan Africa and devoted herself to that field back in the United States. She first came to CDC as a post-doctoral scholar in 2015, then joined the agency full-time the following year.

Amy first came to CDC on an emerging infectious disease fellowship between her undergraduate study—also at UGA—and graduate school at the University at Buffalo in New York. During grad school, she grew more interested in environmental microbiology and disease.

After several years teaching at Emory University, located next door to CDC, Amy was drawn back to the agency. “I felt this draw to come back to a place where you can really do science and it has an immediate application,” Amy says. She returned to CDC as a full-time researcher in 2017, working on the problem of antibiotic resistance—a problem that threatens to roll back decades of progress made possible by life-saving drugs.

“It was a great opportunity to come in and work on environmental microbiology in an applied way,” she says.

Their work gets them in the field more often than many of their CDC colleagues, which has made for some memorable moments on the job. Mia has flown over the Colorado River in the gunner’s seat of a National Guard helicopter to investigate signs of a fecal contamination in that critical Southwestern waterway and has watched an alligator swishing its tail as she took samples from a Louisiana marsh.

And on one assignment where Amy and Mia worked together, utility workers at a Texas water treatment plant tried to surprise their team with a snake they found while sampling. Instead of reacting with alarm, and to the workers’ surprise, a colleague snatched the snake away for a quick photo op with the team.

Snakes aside, Mia says utility workers have been “unsung heroes” of this pandemic.

“They are really stepping up to protect public health—not just treating our sewage, but helping us understand this outbreak and how we can respond to it,” she says.

Amy and Mia are among more than 7,000 people at CDC who have taken part in the response to COVID-19. Their work has helped us to better understand how to identify the spread of COVID-19 in the community.

“You come into the response, and it’s like drinking from a fire hose of information coming in,” Amy says. “But there’s this whole structure in place that supports you so you can focus on the science and help save lives.”