Raising Defenses against the COVID-19 “Tsunami” 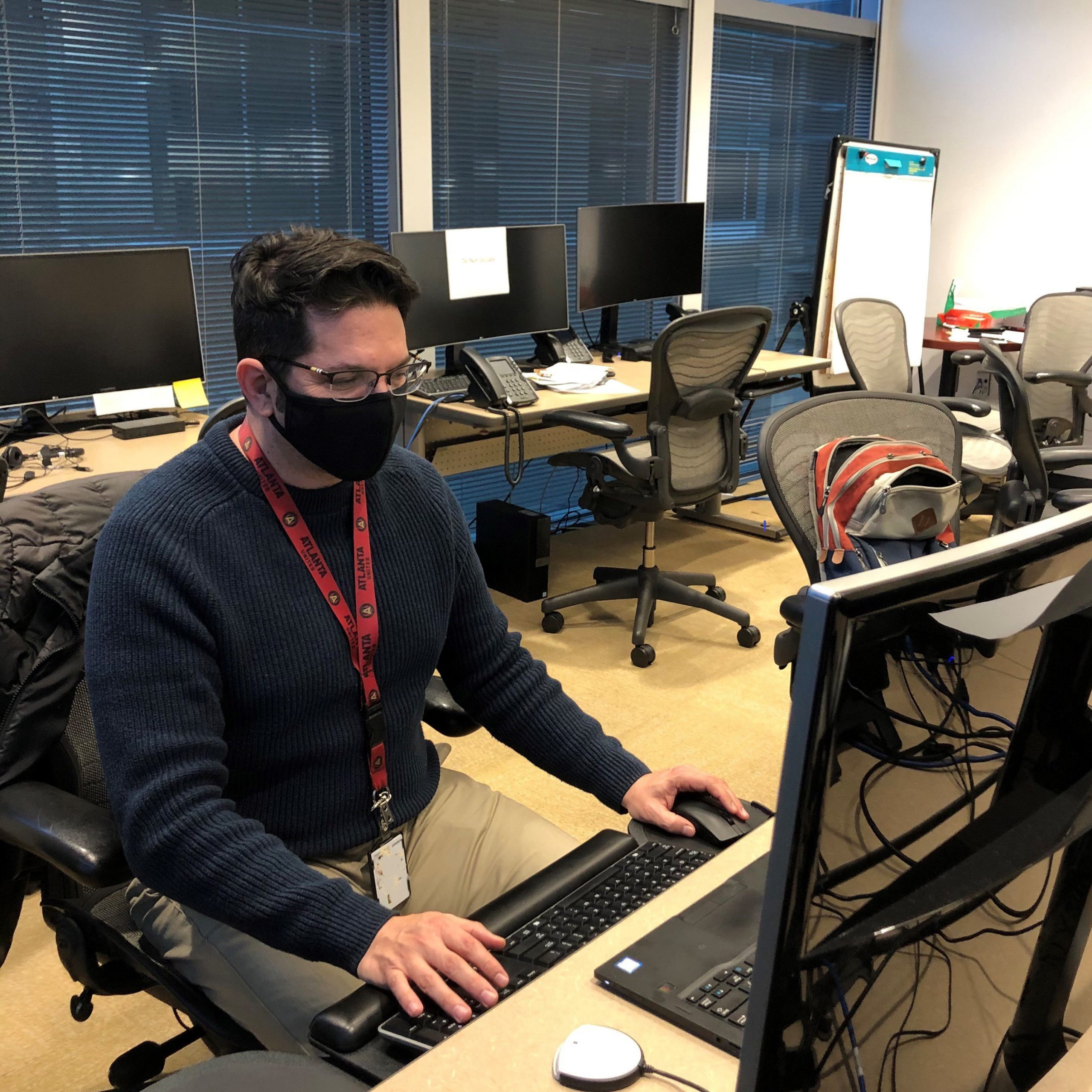 An email lit up Dale Rose’s phone as he ran on an elliptical trainer on a Sunday at his neighborhood YMCA. It was from CDC’s COVID-19 emergency response team.

“It read something like, ‘Dale, you’re on the response now. I already cleared it with your boss. Can you be here today?’” Dale says. “Two hours later, I was in the Emergency Operations Center. I haven’t looked back.”

That was February 2, 2020, less than two weeks after CDC confirmed the first few cases of COVID-19 in the United States. Dale has been running ever since, working six- to seven-day weeks, often from first light until late at night.

He had been expecting the tap to join the response. Dale normally works in CDC’s Division of Preparedness and Emerging Infections, where he leads a branch that keeps the country prepared to respond to new diseases and potential bioterror attacks. He regularly joined responses to past epidemics.

On the COVID-19 response, Dale started out co-leading the team that helped the US government bring home people stuck overseas in outbreak regions. The team started with Wuhan, China, the first COVID-19 epicenter. Though most evacuees returned without symptoms, some became ill.

“What happened in Wuhan rang a lot of alarm bells, but I was comforted that we had a lot of people with the right expertise at CDC already working hard to prepare the country for what would come,” Dale says. “Those first days feel like a million years ago with what has happened since. It’s been a lot.”

At the same time, the Diamond Princess cruise ship was quarantined off Japan’s shores with an outbreak on board, and new infections popped up around Asia. As COVID-19’s spread increased, CDC accelerated the response. Some of what Dale was seeing already felt familiar.

“We’ve been dealing with emerging diseases threatening the country all too often these last several years,” Dale says.

He saw Zika come to Puerto Rico and the US Virgin Islands five years ago. Nearly six years ago, he watched Ebola barely make it into the United States but be quickly dealt with. Dale had gotten his start at CDC in 2009 responding to the H1N1 swine flu pandemic right after getting his Ph.D. in medical sociology.

H1N1 swept the country, but it was not nearly as deadly as COVID-19 has been.

COVID-19 arrived like a tsunami in slow motion. Thousands of responders from CDC, federal, state, and local agencies waded in along with healthcare professionals to hold back as much of it as they could.

“With a tidal wave, there may be a matter only of hours to save lives before the wave arrives. In this pandemic, there was more time early on to prepare,” Dale says. “Many states and localities we work with did a great job.”

In late February, Dale deployed with a team to Oakland, California. Thousands of passengers and crew, many sick with COVID-19, waited off the coast on board another cruise ship, the Grand Princess. The day Dale arrived, it was not even clear where the ship would dock.

Responders from multiple federal, state, and local agencies quickly devised plans to disembark people while minimizing further spread of the disease – a process that took days. Sick passengers and crew were taken to hospitals. People with milder symptoms went to alternate care sites. Passengers without symptoms quarantined at federal sites around the country.

Before long, COVID-19 had spread through many long-term care facilities, and prisons and meat processing plants followed. CDC mobilized to help health departments tamp down those hotspot outbreaks, and Dale became deputy lead of the newly created the State, Tribal, Local, and Territorial Support Task Force, which played a central role.

They collected vital information from those outbreaks that would shape new COVID-19 guidance. Then COVID-19 jumped from breaking out in isolated hotspots to spreading through whole communities.

“In April, things began blowing up. Talk about feeling like the tidal wave was coming,” Dale says. “Lots and lots of health departments were calling for help.”

CDC has deployed more than 1,800 staff to help those partners, and new teams are deploying every week. There are many more tools now, including vaccines, but the numbers of new infections have climbed high, and the COVID-19 response has not let up.

“It certainly feels like a tsunami now. But on the better days, when we see mitigation measures in an area lead to a drop in new infections, it means a lot. The measures work, and we don’t have to just let the tidal wave wash over us,” Dale says.

He still works six days a week, but Dale’s hours have shortened some. He can finally spend some time with his wife and two daughters, and that helps him keep going.

“This is a pandemic the likes of which we have not seen in our lifetimes,” Dale says. “It is vast and momentous, and it keeps me committed to the fight.”