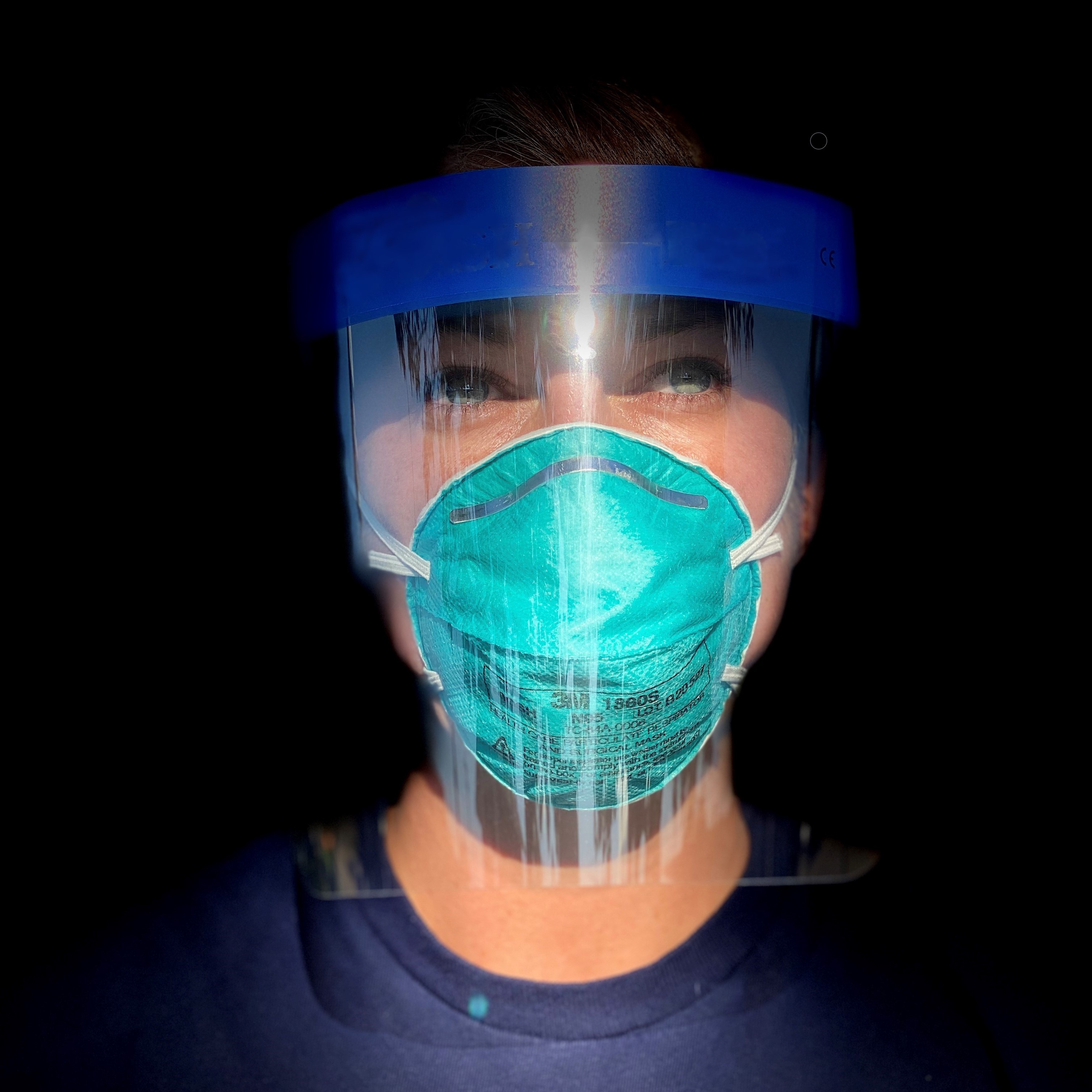 Since January, laboratory scientist Jesica Jacobs has helped with testing programs in four states and the Pacific island of Saipan. Here she is on the Rosebud Sioux Reservation in South Dakota.

Testing is one of the biggest tools in fighting COVID-19, and that’s kept CDC Laboratory Leadership Service (LLS) fellow Jesica Jacobs, a lieutenant in the US Public Health Service, hopping.

Jacobs, a laboratory scientist, has been dispatched to help with testing programs in four states and a remote location in the Pacific since January. She processed and shipped specimens from quarantined Americans returning from China in the early days of the outbreak.  She later arranged testing in US hot spots like Seattle. And she recently returned from Saipan, the capital of the Commonwealth of the Northern Mariana Islands, where she helped the US Pacific territory’s health leaders build up their testing capacity.

“At the end of my first deployment, I remember the team would talk about the gravity of the situation we were in, and we felt like we’d been involved in something historic,” Jesica says. “I thought about how lucky I was to contribute to the outbreak response. I had no idea what I was in for, and what we were all in for, and how big this would get.”

Jesica is based in Boston, where she works at the Massachusetts’ state public health laboratory, but she grew up in San Diego. Her interest in science stemmed from what she called an “embarrassingly low” score on a high school aptitude test.

“It just kind of annoyed me, and I was not happy with my score. It really lit a fire within me,” she says. “Once I got the poor score back and really started focusing, I found sciences to be really interesting — particularly biology and physics. I felt like they had the explanations to a lot of questions about life that I was really curious about.”

Jesica was the first person in her family to go to college when she enrolled at Lincoln University in Missouri to study biology. A paper she wrote for a scientific writing class—inspired by a television program on medical mysteries—led her instructor to recommend her for a graduate program in immunology. She got her PhD at West Virginia University and did post-doctoral work at Emory University and the University of Utah.

But during long days and nights in the laboratory, she found herself wanting to do something with a more direct impact than basic research.

“That was when public health started to become much more attractive to me,” she says. “Joining LLS was the way I could bridge that gap between being a scientist and helping people more immediately.”

Her deployments have varied widely as the COVID-19 pandemic has spread. In the Seattle area, where the first US cases were detected, much of the focus was on testing healthcare providers and patients in long-term care facilities. When helping Americans returning to US from China, she made connections with nearby public health laboratories to get large quantities of samples processed and ready to ship to CDC headquarters.

And after an outbreak in a meat processing plant in Sioux Falls, South Dakota, she helped set up large-scale testing for workers and their close contacts—about 3,600 people—in a high-school parking lot.

“It took the combined effort of the city of Sioux Falls, a local healthcare provider, the South Dakota National Guard, the South Dakota state government, CDC, and a myriad of local community organizations to get things up and running,” she says. ““The fact that we kind of said ‘Yes, let’s do this’ on a Friday and had it all up and running on Monday still blows my mind.”

Knowing the public is looking to CDC for accurate results made the responsibilities even more serious for Jesica  and her fellow deployers, she says.

“I know the science behind it seems really complicated, and I feel like people implicitly trust a test result that they get from a medical provider or from a lab,” she says. “It’s been my goal and the goal of my fellow colleagues to continue to cultivate that trust by doing good, open, honest science.”