But in mid-January, she joined the first wave of about 40 CDC volunteers to help screen arriving passengers at San Francisco International Airport for three weeks.

“I saw this as a great opportunity to do something in the field and be more on the front lines,” she says.

If anyone showed or reported symptoms like fever, a cough, or trouble breathing, the screeners sent them to medical officers for further evaluation. They gave all travelers a card with information to carry with them for the next two weeks, explaining the symptoms of COVID-19 and how to safely contact healthcare providers if they became sick.

As the screenings expanded from flights arriving from only Wuhan to flights from across China, the screening system evolved to accommodate more passengers. Despite the added time and complexity of the process, the passengers Brown encountered seemed to take it in stride.

“I was struck by how cooperative they were,” she says. “Even after a long international flight, they seemed to understand what was happening—they were nice about it.”

Brown was part of a first wave of deployers, who implemented a system that continued to expand in scope. By March, 13 U.S. ports of entry were screening travelers from China, Iran, and about 30 countries in Western Europe. By the end of April, CDC and its partners had screened more than 285,000 arriving passengers for COVID-19.

The work consumed most waking hours during Brown’s three-week deployment. However, the group managed to find time to unwind on some occasions, which included her birthday.

“I had never, ever been alone or away from my family on my birthday,” she says. But her fellow volunteers took her to a taco place near the airport and bought her dinner.

“It sounds corny, but it’s a privilege and honor to see up close how the public health machinery works and how every little piece of the machinery is critical,” she says. “It’s really something to see.” 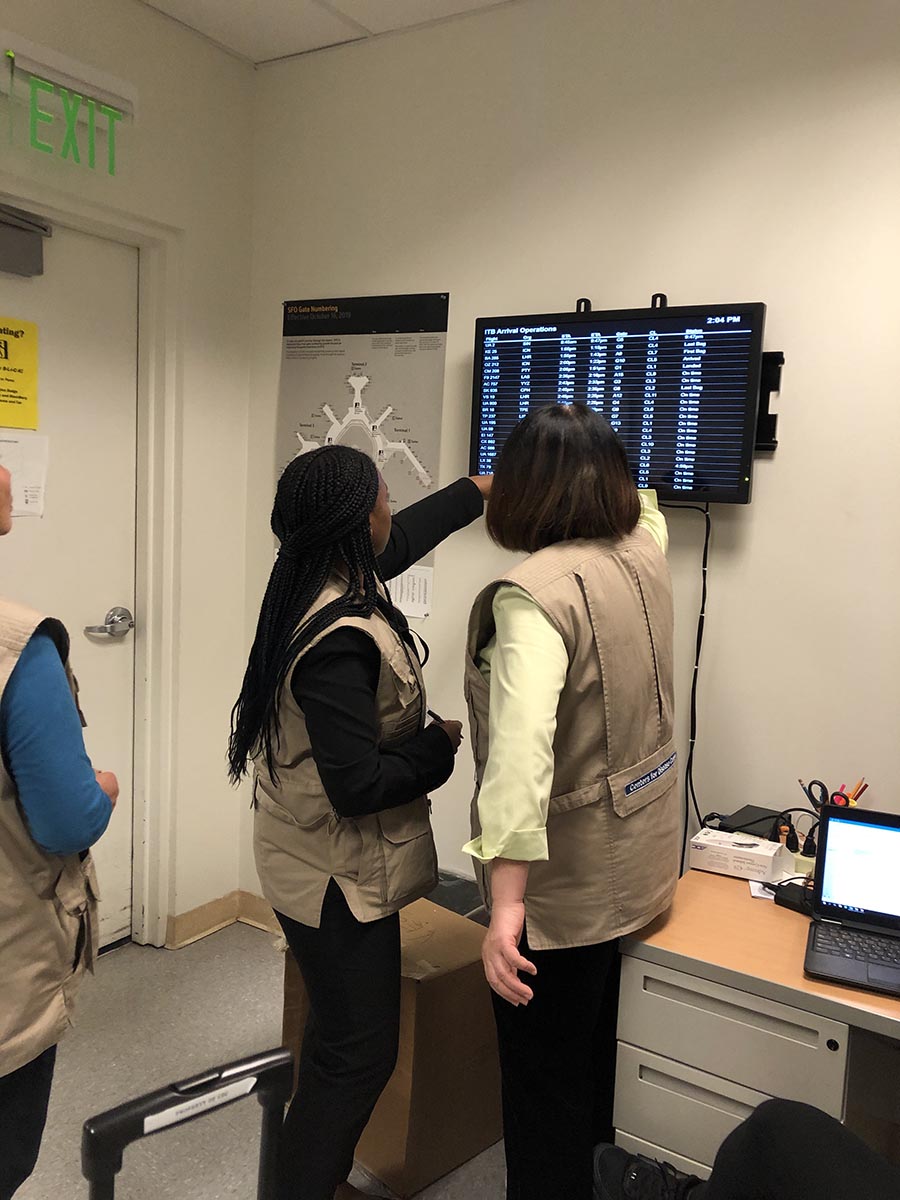 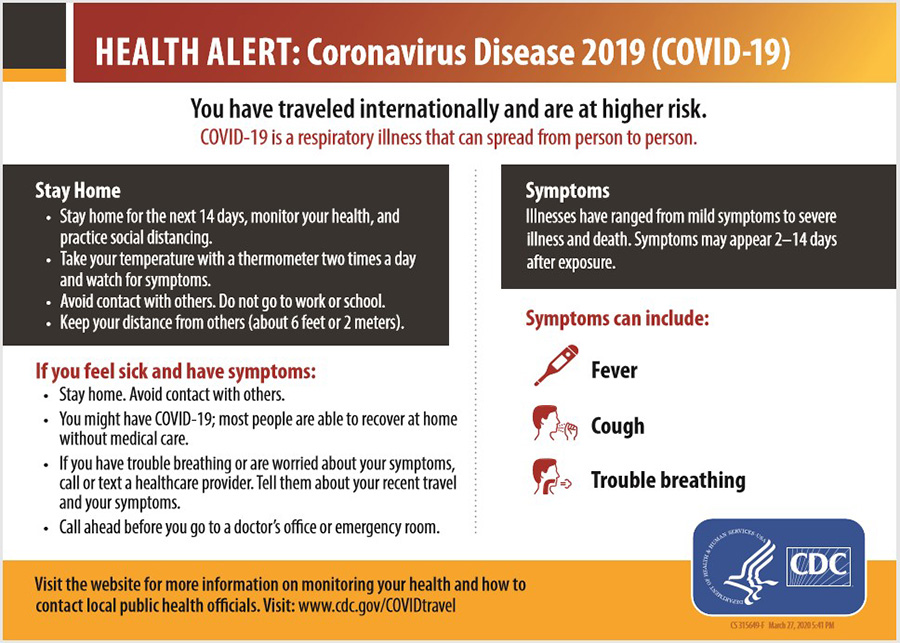 Screeners gave arriving passengers this health card, which included instructions on the back in more than a dozen languages.