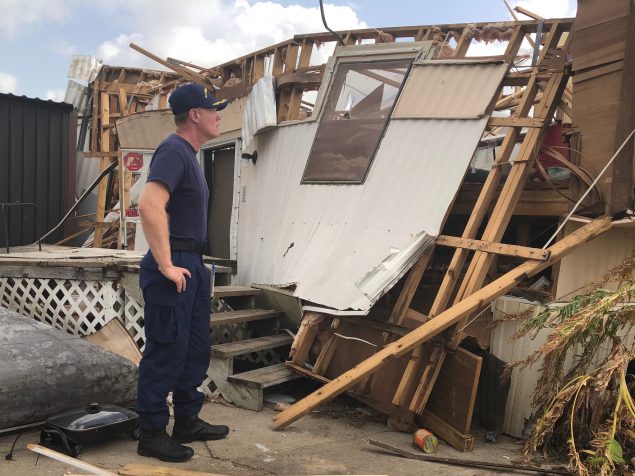 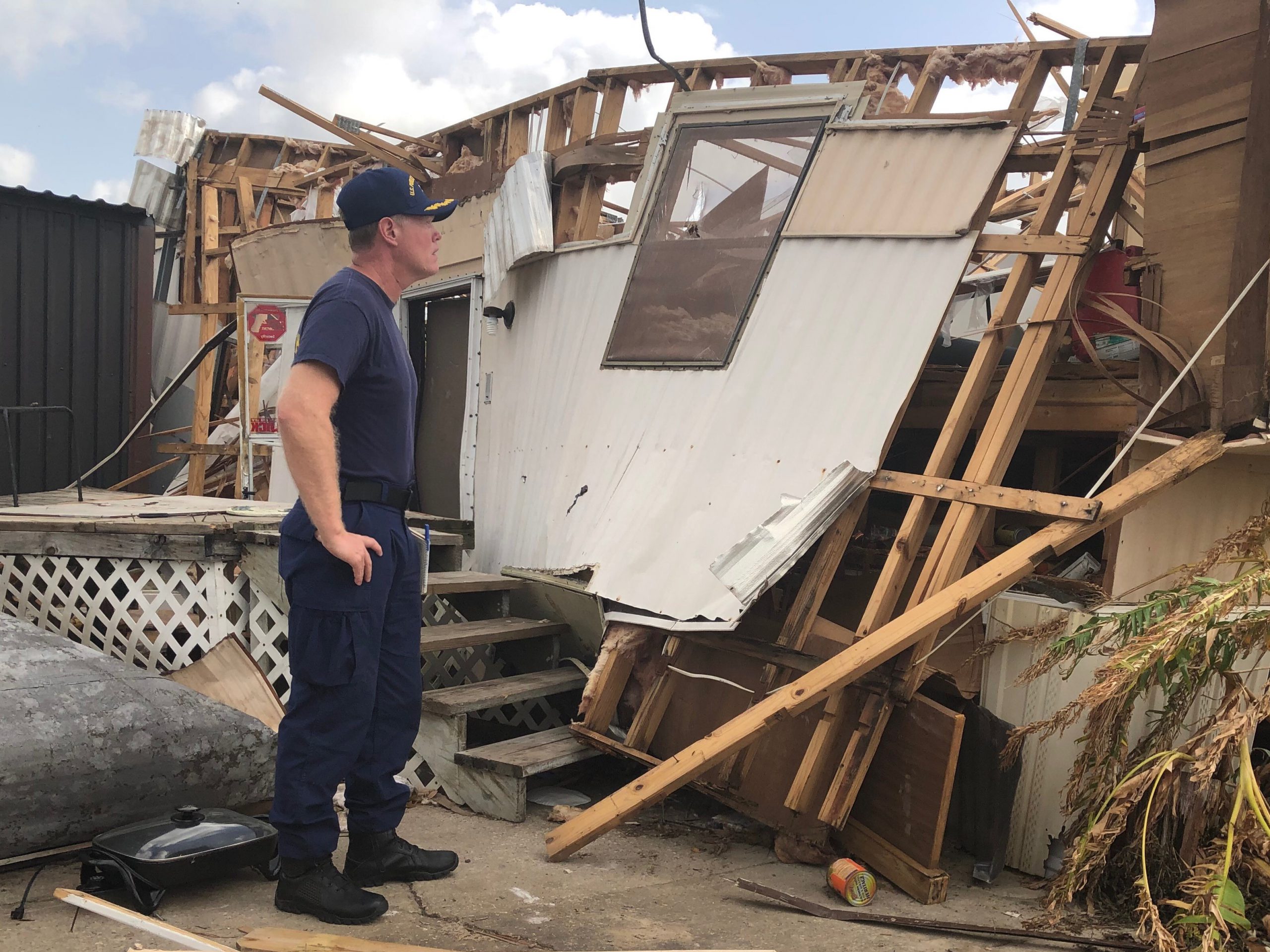 Troy Ritter says he usually has a hard-and-fast rule about being sent into the field: Don’t say no.

A CDC environmental health officer and captain in the U.S. Public Health Service, Troy frequently gets dispatched to help prevent the spread of disease after a disaster. But when Hurricane Laura slammed into the southwestern Louisiana coast with 150 mph winds, he found himself having to bend his own rule for a previous engagement: his own wedding.

“I got a call saying I needed to go to Louisiana tomorrow,” Troy says. “But this time, I said, ‘Do I have to?’ I had to explain to my boss that I was getting married.”

His boss got a laugh out of that. And two days after the ceremony, Troy found himself headed for Louisiana, where he helped make sure water plants in the storm-battered Lake Charles area could get up and running and keep waves of mosquitoes from emerging out of waterlogged fields. It’s a mission CDC has performed in many hurricane seasons before—but this year, the COVID-19 pandemic “made everything we do harder,” Troy says.

“A lot of your people who would normally be in a mass shelter are staying in hotel rooms,” Troy says. “We have so many people who are being sheltered in individual hotel rooms that there aren’t a whole lot of rooms for us and other responders. And with responders, we’re usually a close-knit group. We drive around in the same cars, we have lunch together, we work in the same tiny offices. Now everybody’s spread out.”

After a disaster, CDC partners with state and local agencies to support response and recovery missions related to public health. Representatives of those agencies usually work out of a central command center. But now, responders are spread out among different buildings, sometimes in different cities.

“It’s 106 degrees with the heat index, and you’ve got a mask covering up your nose and mouth. You’ve got constant challenges of communicating with partners. And at the same time, you have to think, ‘Am I 6 feet from my partner, this person I’m trying to talk to? Where’s my mask?’ ”

Working with Louisiana officials and the U.S. Army Corps of Engineers, the Federal Emergency Management Agency and the Environmental Protection Agency, Troy and a colleague spent days shuttling between Baton Rouge and the towns around Lake Charles.

“We would physically visit each water system, meet with the operators and local officials if they were available, and learn what the community needed to make their system viable again,” he says.

Public health is Troy’s second career. After high school in Bedford, Indiana, he became a printer.

“That’s not really a thriving business these days,” he says. “Most of the work I was doing can be done by an inkjet now. So I had to find something else to do.”

So he enrolled in Eastern Kentucky University and began studying aquatic biology. During his first year, he took an environmental health course “and I really loved it, so I moved over to that work.”

During one of his last courses, in water treatment, he had an idea: “What if I could build a water pipe that cleans the water as it goes through it?” He built a model with parts from a hardware store, and the prototype won an award in a CDC-sponsored science competition.

“I went to a conference to talk about the water pipe, and when I walked off stage, a guy in a uniform came up and said, ‘That’s the kind of thinking we need.’ ”  That was his introduction to the USPHS, where he’s served for 21 years now. Before transferring to CDC headquarters in Atlanta, he spent much of his career working with water and wastewater treatment in Alaska.

Deploying for Hurricane Laura was the fifth time Troy has been dispatched into the field in a record-setting 2020 Atlantic hurricane season. While the pandemic has made field assignments more complicated, “You want to be out there.”