Stopping an Outbreak Behind Bars​ 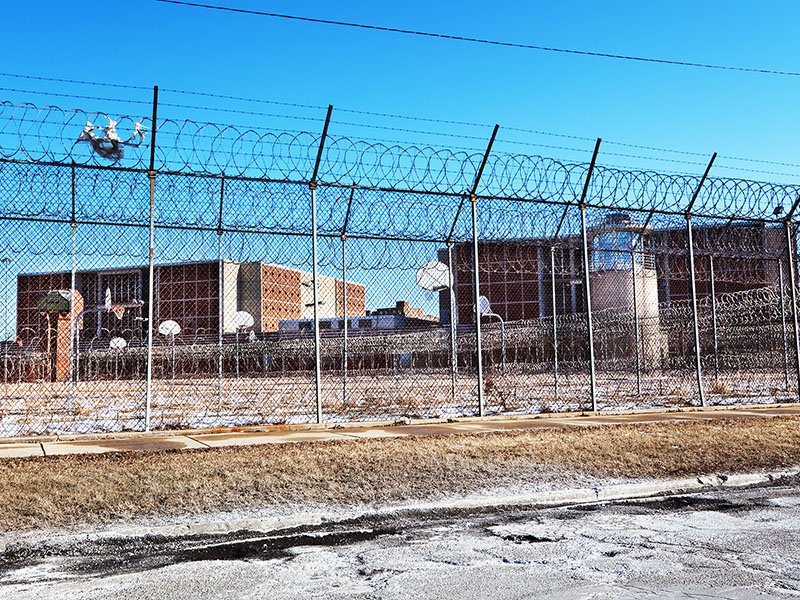 The Cook County jail in Chicago, where CDC responders helped contain an outbreak of COVID-19 this spring.

It’s hard enough to fight COVID-19 when it’s spreading throughout a community.

It’s more complicated when it reaches into an institution like a jail, where measures like social distancing are tougher to institute. And when an outbreak is happening in one of the largest jails in the country, things can be trickier still.

That’s where Lieutenant Commander Paige Armstrong, an officer in the US Public Health Service, found herself in mid-April, helping the Chicago Department of Public Health contain an outbreak of COVID-19 in the Cook County jail. A physician, medical epidemiologist, and veteran of CDC’s response to the 2015-2016 Zika virus outbreak, Paige led the CDC team to help jail administrators and medical staff get COVID-19 under control.

“The jail campus covers eight city blocks and houses people in 13 different buildings, and each building has unique characteristics,” she says. “It’s as though you’re trying to control an outbreak in 13 different settings, with the added element of staff moving between them.”

At that time, the jail held more than 4,000 people awaiting court dates, trial, or serving post-conviction sentences. And Chicago was one of the pandemic’s early US hot spots, so the disease was spreading widely outside the walls.

The Cook County Sheriff’s Office had taken steps to fight the outbreak inside by conducting extensive testing, reducing cells to single occupancy, and quarantining the entire unit when a person who was incarcerated tested positive. The CDC team started by trying to figure out whether prevention and control measures were working and what else might be needed. They worked with city, county, and state health departments, the sheriff’s office, and the company that provided medical services at the jail.  They tracked building-by-building data on cases, hospitalizations, and deaths among staff and people in custody, looking for trends and emerging clusters of illness. 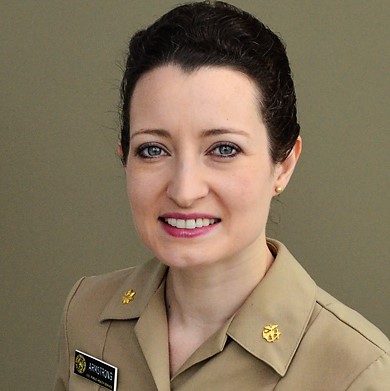 Stopping an outbreak of COVID-19 “requires a lot of coordination and effort from everyone,” Paige Armstrong says.

“We found that the interventions were effectively reducing new cases, but that didn’t mean the work was done,” Paige says. “It meant these resource-intensive efforts to quarantine, isolate, screen, socially distance, and enhance cleaning and disinfection of frequently touched surfaces needed to continue. And when you consider the size of the jail, you realize that requires a lot of coordination and effort from everyone.”

In Chicago, those measures gradually started to bear fruit. Each day, the number of units placed on quarantine declined, until one day there were none.

“Everyone breathed a sigh of relief,” she says. “We had turned a corner.”

Chicago was Paige’s second deployment for the COVID-19 response. She also helped repatriate cruise ship passengers when they were quarantined at an airbase outside Atlanta. When she’s not deployed for emergency responses, Paige specializes in stopping tickborne rickettsial diseases.

She traces her interest in public health back to high school in New Haven, Connecticut. A summer trip visiting relatives in Ecuador made her want “to work alongside communities and to give back,” she says.

“I grew up in a family that valued community service,” she says. Her mother is a teacher, her father an EMT and volunteer firefighter. At 14, she volunteered with an aid organization that built latrines and installed cooking stoves that diverted smoke outside of homes in Mexico—the first of many trips where she worked on sanitation and health projects in Latin America.

As a student at Johns Hopkins University, she volunteered as a Spanish interpreter in free clinics in Baltimore. She returned to Connecticut for medical school and specialized in emergency medicine at George Washington University in Washington, DC.

“I’ve always enjoyed working with populations who have slightly higher needs or challenges accessing healthcare,” she says. “It’s been rewarding in the sense that I can appreciate the impact and make a difference.”

That led her to CDC, after a mentor recommended she apply for the Epidemic Intelligence Service – the “disease detectives” who pursue outbreaks of illness. After her two-year fellowship with EIS, she joined the agency full-time in 2017.

“No one thing and no one person does it all,” she says. “But together, we can make a difference.”