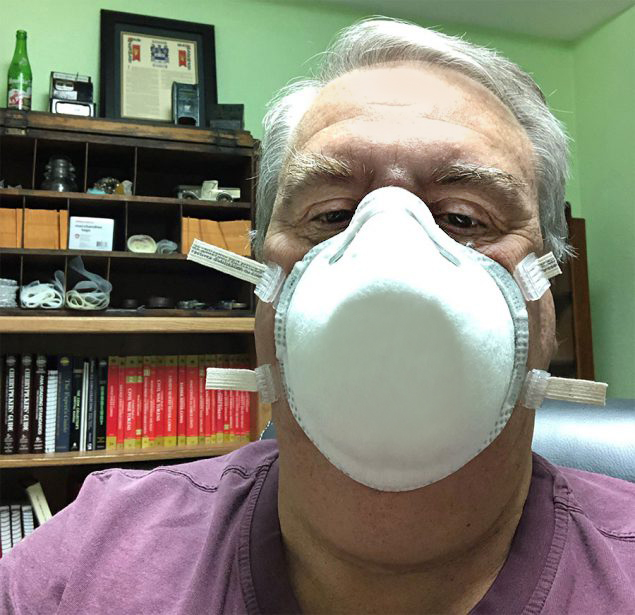 CDC Health Scientist Rusty Enscore led the effort to catalog what protective gear could be shared with other agencies.

Necessity is the mother of invention, as the old saying goes.

So when the staff at CDC’s office in Fort Collins, Colorado, started seeing a dire, nationwide need for personal protective equipment (PPE) as COVID-19 spread, they got creative. And as a result, they got about 9 tons – 18,000 pounds – of those supplies into the hands of other public health agencies and CDC teams around the country.

For nearly two decades, CDC in Fort Collins has kept a stockpile of PPE (gloves, coveralls and N-95 respirators) in preparation for a possible bioterrorist attack. But when COVID-19 started to take root around the globe, people in Fort Collins started to realize there was going to be a vital need for that gear.

Hospitals and healthcare workers, as well as laboratorians, epidemiologists, and airport screeners, go through piles of PPE a day. The demand for that equipment began to soar as COVID-19 reached the United States, outstripping supplies in some parts of the country. So CDC started taking stock of what they had and figuring out where it was needed. Some of it was past its official shelf life and might have been discarded, but the Fort Collins office got a decision from federal safety officials that the items were still suitable for emergency use.

“I have worked for the US Public Health Service and CDC for 35 years now and have responded to just about every public health emergency that came along during all these years,” said CDC Health Scientist Rusty Enscore, who led the inventory effort. “This time around, as I near retirement, I find myself in the high-risk group and unable to volunteer for field deployment. Being able to provide such a large quantity of badly needed PPE was my way of contributing this time.” 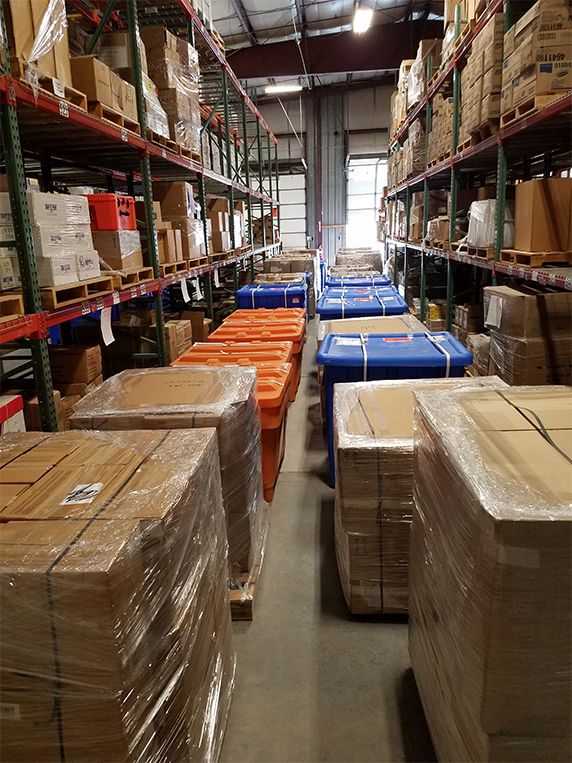 CDC protective gear stored in a Fort Collins, Colorado, warehouse has been distributed to several other public health agencies since the COVID-19 outbreak began.

The first shipments went to other CDC teams that needed PPE. About 400 pounds of respirators, lab coats, and gloves were shipped to CDC’s Dengue Branch in Puerto Rico, where they will be used at surveillance sites around the island and in the branch laboratory, which is now authorized to perform coronavirus testing. Another 2,900 pounds were sent to be used by CDC responders and security staff in Atlanta.

CDC also worked with the Association of Public Health Laboratories (APHL) and Epidemiology and Laboratory Capacity for Prevention and Control of Emerging Infectious Diseases connections to determine that other state labs needed protective gear. That led to shipments of N-95 masks to state public health laboratories in California, Washington, and Massachusetts.

And by that time, the Colorado Department of Health and Environment (CDPHE) was in dire need of N-95 respirators, gowns, and gloves. It had two empty warehouses with COVID-19 cases increasing. But within seven days, CDC staff had dispatched two tractor-trailers laden with over 14,000 pounds of PPE to restock those shelves.

“The complicated, multi-ton shipments of PPE were the largest I’ve ever managed,” said CDC General Services Clerk Mariah Bouck, one of more than a dozen people who worked on the project. “The teamwork, clear communications, and detailed coordination with the shipper and CDPHE were exemplary.”