Faith, Leaders, and a Cat Technicality 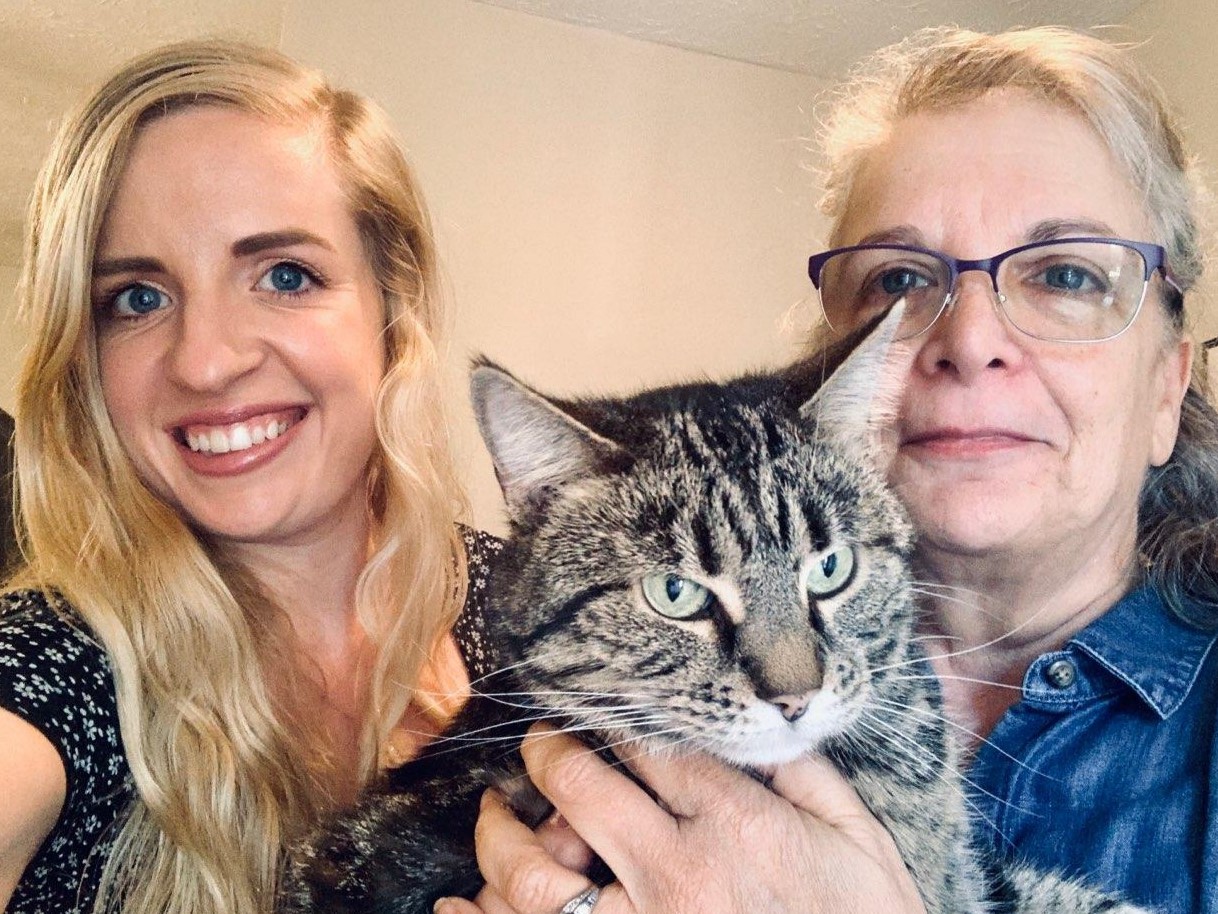 CDC’s Anne Meyers, on the right, holds River the cat while standing next to her daughter Katelyn Stanitzke, on the left.

If Anne Meyers still had a cat, she might not be able to travel much to fight the spread of COVID-19 for CDC.

“That’s why I can deploy whenever I’m needed: I no longer have a cat and therefore no longer have to find a cat sitter,” says Anne, a health communication specialist.

Now, Anne always keeps a bag packed for deployments. In 2020, Anne deployed to two very different places, New Orleans and the Rosebud Sioux Reservation, but she learned a common lesson in both places: when communities and their leaders bond together to do the right things, they can help save lives.

In February 2020, Mardi Gras revelers crammed into streets and bars, turning the city and the region into a COVID-19 hotspot. Anne deployed in March with Terence Lo, a CDC epidemiologist, to support Louisiana’s health department with their expertise. The two arrived in New Orleans to empty, silent streets.

“It’s usually such a lively city. When we arrived, it looked like a surreal horror movie,” Anne says.

There were only five guests in their downtown hotel—including the two of them. The receptionist told them not to bother parking but to just leave the rental car in the main entrance drive thru.

Restaurants and shops were boarded up. Food was so hard to find that rats in the French Quarter scurried openly in the streets desperate for rare morsels with less garbage around.

Anne, who normally works in CDC’s Division of Environmental Health Science and Practice, supported Louisiana public health officials with COVID-19 messaging. They passed guidance for the public up to the governor, who announced it in daily briefings.

“We talked about things we still do now, like staying 6 feet apart and wearing masks, and we were advising religious institutions about how to have worship services with Easter and Passover approaching. Back then, the guidance we were sharing was still pretty new,” Anne says.

Many members of faith communities adopted new guidance measures quickly, trusting in the words of their leaders.

“They cancelled in-person services and counseled people over the phone. They got people who knew how to video conference to teach others how to do it, so they could have virtual services,” Anne says.

It was already tough on people seeking comfort to not worship in person, but they also couldn’t gather for the holidays with large groups of loved ones. On Good Friday, which fell during Passover week last year, a Catholic and a Jewish faith leader teamed up to help ease the pain of missing in-person services.

Archbishop Gregory Aymand, who had recently recovered from COVID-19, and Rabbi Lexi Erdheim climbed aboard a biplane with an open cockpit and buzzed over the Big Easy.

“The archbishop sprinkled holy water from the Jordan River over the city, and the rabbi gave a blessing,” Anne says. “They did all these things to help keep people safer.”

In August, Anne deployed to the Rosebud Sioux Reservation in South Dakota for a COVID-19 outbreak. On her way, she passed through towns where hardly anyone wore a mask or physically distanced. That changed at the entrance to Rosebud.

The Rosebud Sioux Tribe faced many healthcare resource challenges, including in its hospital, making treatment for many people with severe COVID-19 illness very difficult.

In many homes, multiple generations of people, including older family members, live together in a congregate setting. Some families prefer to live together under one roof, so they can look after one another. During COVID-19, this made it more challenging for infected people to isolate and avoid spreading the virus to other household members.

The Tribal Council decided that preventing COVID-19’s spread had to be their priority. Anne partnered and consulted with the council to make prevention guidance culturally appropriate for the tribe, as tribal leaders are trusted at Rosebud.

“I hardly saw anyone who was not an essential worker while I was there because everyone was staying home if they didn’t absolutely have to go somewhere,” Anne says. “It was really something to see the contrast to outside the reservation.”

“Not many people have expert disease knowledge, and rumors about COVID-19 were spreading. So, we partnered with leaders to provide guidance. People listen to their leaders, people they trust. It can be a sports figure, a priest, a rabbi, or a tribal president. You hope people will put their faith in the right place,” Anne says.

“Many traditional and religious practices say you have to have funerals a certain way for the person’s soul, or so loved ones can move on. At the time, our guidance said not to hold funerals the way they were used to doing it,” she says.

But COVID-19 does not respect anyone’s beliefs and traditions, and Anne felt fortunate that the faith and community leaders she encountered asked people to follow the science-based guidance.

One last thing about cats: there actually is one in Anne’s home, but technically, it’s not hers.

Anne told her daughter Katelyn, “This cat is your cat because I’m going to deploy. I’m ready; I’m packed.”