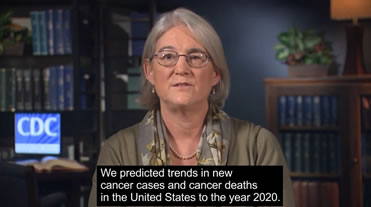 The kinds of cancer we expect to increase the most are—

Over the next decade, we expect cancer incidence rates to stay about the same, but the number of new cancer cases to go up, mostly because of an aging white population and a growing black population. Because cancer patients overall are living longer, the number of cancer survivors is expected to go up from about 11.7 million in 2007 to 18 million by 2020.

Why Some Kinds of Cancer Are Expected to Increase

Cigarette smoking is linked to many kinds of cancer, especially lung cancer. In the United States, smoking has declined since the first Surgeon General’s Report on Smoking and Health was published in 1964. Accordingly, new cases of lung cancer have gone down since the mid-1980s in men and the late 1990s in women—faster in men than women. The number of new lung cancer cases in men is expected to stay the same between 2010 and 2020, but more than 10,000 additional new lung cancer cases are expected to be found in women each year by 2020.

Overweight and obesity raise risk for female breast, colorectal, esophageal, uterine, pancreas, and kidney cancers. After increasing over the past several decades, about two-thirds of adults and one-third of children are now overweight or obese. Except for breast and colorectal cancers, the number of weight-related cancers is expected to go up 30% to 40% by 2020.

Between 2007 and 2020, the number of deaths is expected to go up 15.2% in men and 8.1% in women, although the rate of cancer deaths per 100,000 people in the United States is expected to keep going down. We expect cancer death rates to drop most for—

Why Deaths from Some Kinds of Cancer Are Expected to Drop

Fewer white women are expected to die from breast, cervical, and colorectal cancer because more white women are getting screened for these cancers, and because of better treatments. More access to high-quality health care has led to increased survival and fewer deaths for colorectal cancer, and to a lesser extent for female breast cancer and prostate cancer.