Down Syndrome and Increased Risk for Alzheimer’s 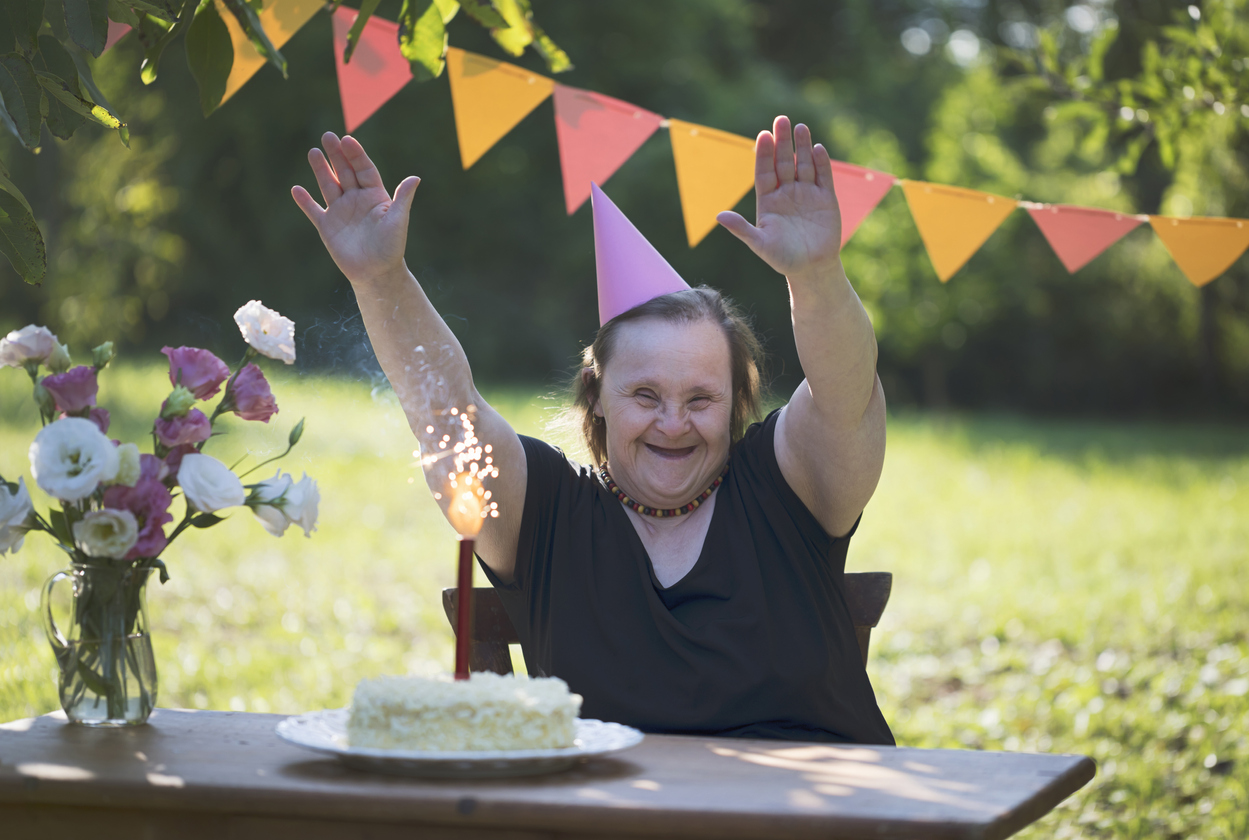 Adults with Down syndrome are living longer lives with increased well-being. In 2020, life expectancy in the United States was age 60, representing an increase of 35 years when compared to 1983.1

Each year on September 21st, Alzheimer’s organizations from around the world concentrate their efforts on raising awareness about Alzheimer’s and related dementias. World Alzheimer’s Day was launched at the opening of the Alzheimer’s Disease International annual conference on Sept. 21, 1994.

What is Down Syndrome

Down Syndrome occurs when an individual has an extra partial, or whole, copy of chromosome 21. It is not yet known why this syndrome occurs, but Down syndrome has always been part of the human condition. It exists in all regions across the globe and commonly affects learning styles, physical characteristics and health.5

What Causes the Increased Risk for Alzheimer's Disease Among People With Down Syndrome?

Scientists think the increased risk of Alzheimer’s disease among people with Down syndrome results from the extra genes present as well as other health issues such as congenital heart defects.

Additionally, adults with Down syndrome experience “accelerated aging,” meaning that in their 40s and 50s, they experience certain conditions that are more commonly seen in much older adults in the general population. These conditions may include:

Age When Diagnosed with Alzheimer's Disease

Most adults with Down syndrome do not self-report concerns about memory. Diagnosing Alzheimer’s disease in a person with Down syndrome can be difficult because of the challenges involved in assessing thinking-skill changes in persons with intellectual disabilities. For this reason, information from a caregiver or close family member can be especially helpful for the health care provider during the diagnostic process. Caregivers, for example, can watch for changes in day-to-day function.

Many resources are available to support caregivers and health care providers.

Information from a caregiver or close family member can be especially helpful for the health care provider during the diagnostic process. Caregivers, for example, can watch for changes in day-to-day function.