How to pronounce pertussis: [per-tuhs-is] or Listen

Five doses of a DTaP shot for children and one Tdap shot for preteens are recommended by doctors as the best way to protect against whooping cough (pertussis).

When should my child get a whooping cough shot?

One dose of DTaP at each of the following ages: 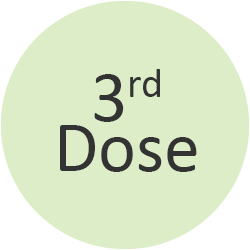 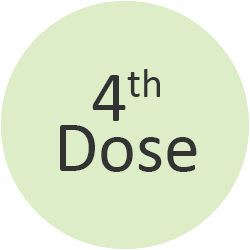 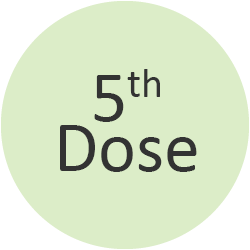 One dose of Tdap at the following ages:

Why should my child get a whooping cough shot?

What vaccines protect against whooping cough?

There are 2 vaccines that help protect children against whooping cough: DTaP and Tdap. Both also protect against diphtheria and tetanus. These shots do not offer lifetime protection.

Whooping cough shots are safe and effective at preventing whooping cough. Vaccines, like any medicine, can have side effects. These are usually mild and go away on their own.

Most children don’t have any side effects from DTaP or Tdap. The side effects that do occur with DTaP are usually mild, and may include:

More serious side effects are very rare but with DTaP can include:

The side effects from Tdap are usually mild, and may include:

Some preteens and teens might faint after getting Tdap or any other shot.

To prevent fainting and injuries related to fainting, people should be seated or lying down during vaccination and remain in that position for 15 minutes after the vaccine is given.

What is whooping cough?

What are the symptoms of whooping cough?

Children and babies may then begin to develop these more serious problems:

Coughing fits can last for up to 10 weeks or more, and sometimes happen again the next time the child has a respiratory illness.

Whooping cough is most dangerous for babies and young children. In fact, babies younger than 1 year old who have whooping cough may:

Women can get Tdap during pregnancy to pass whooping cough protection to their babies. This helps protect babies until they can start getting their own whooping cough shots. Get vaccinated while pregnant.

How does whooping cough spread?

The bacteria that cause whooping cough spread easily through the air when a person who has whooping cough breathes, coughs, or sneezes. Almost everyone who is not immune to whooping cough will get sick if exposed to it. A person can spread the disease from the very beginning of the sickness (which may begin as cold-like symptoms) and for at least 2 weeks after coughing starts.

Since symptoms can be mild for some people, a baby can catch whooping cough from adults, grandparents, or older brothers or sisters who don’t know they have the disease.

Do people still get whooping cough in the United States?

Before the whooping cough vaccines were recommended for all infants, about 8,000 people in the United States died each year from whooping cough. Today, because of the vaccine, this number has dropped to fewer than 20 per year.

Tdap Vaccine for Preteen and Teens

This fact sheet answers general questions about the booster shot that helps protect preteens and teens.