Our partner network of 500+ organizations are working in communities across the U.S. to reduce disparities in adult immunization, creating critical change in increasing vaccine confidence and uptake. Learn about these partners and their stories from the field, highlighting the successes, challenges, and lessons learned from their work.

Partnership for a Healthy Lincoln (PHL), in Lincoln, Nebraska, knew that in order to promote vaccination to COVID-19 to racial and ethnic minority communities and help them overcome vaccine hesitancy, the message needed to come from well-known, respected, and trusted members of their communities.

Messaging featuring a Black Pastor and prominent Black community members on the sides of Lincoln’s city buses resulted in television news coverage on Nebraska’s largest CBS affiliate, KOLN/KGIN. The station has the most watched news programs in Lincoln, and its coverage area stretches across 42 counties in southern and central Nebraska – almost two-thirds of the state’s geographical land area. 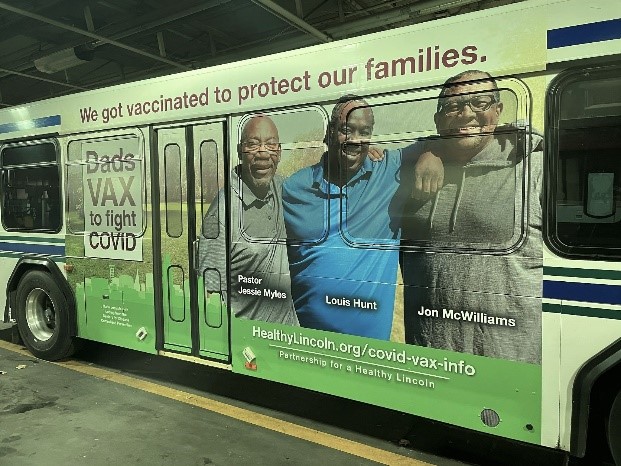 Internet video and banner ads featuring Black and Hispanic health care professionals and community advocates resulted in a substantial increase of new visits to PHL’s English and Spanish vaccine information pages on the PHL website, HealthyLincoln.org. (click pictures to play). As the ad campaign began in April 2021, there were 33 combined visits to those pages. One month later, combined visits jumped to 2,835.

“Our lives matter. Black Americans are more likely to get infected and die from COVID, but we don’t have to,” said Sanford Bradley, Sr., an outreach specialist and nonprofit director, in a public service announcement from PHL. 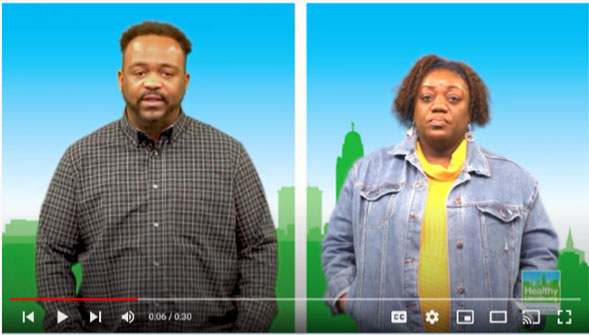 “As a doctor, I was one of the first to receive a COVID-19 vaccine. It protects me, my family, and my patients,” said Dr. Horacio Alvarez Ramirez (in Spanish) in another public service announcement. “It’s our best chance to return to normal.” 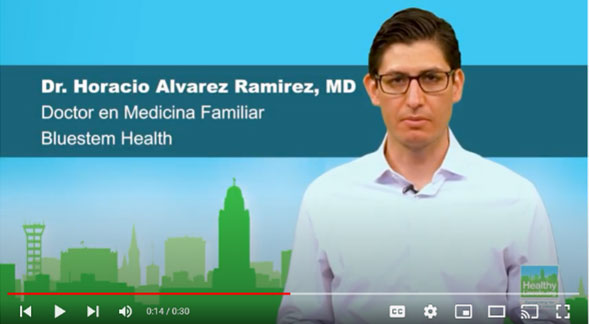 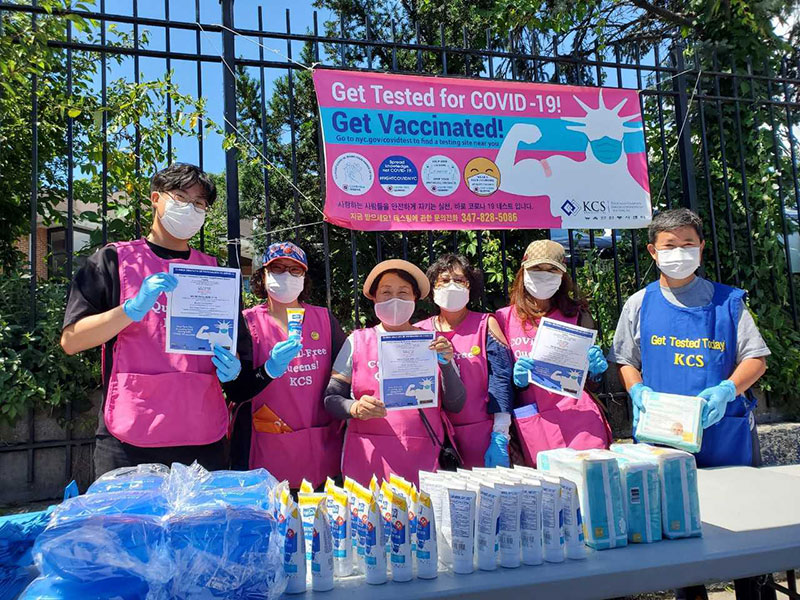 Korean immigrants and the wider Asian community faced significant communication obstacles when New York City began administering COVID-19 vaccines in the spring of 2021. Language barriers impacted communication among the vaccine administrators, registration staff, and Asian community members. Additionally, a lack of digital literacy among older Asians was a challenge. Many did not have an internet connection or an email account to register in the vaccination appointment portal. Korean Community Services of Metropolitan New York (KCS) stepped in to help bridge these gaps.

KCS’s community engagement activities, which included hosting a New York City vaccine center, provided culturally sensitive services to community members. KCS workers educated them about the benefits of COVID-19 vaccination and helped address any concerns. A key issue with getting people vaccinated was helping them with the registration process. Registrations were done online and over the phone, but many older Korean and Chinese immigrants didn’t have access to computers. KCS set up a phone line for people to call and ask questions and/or get registered for a vaccination appointment. The “KCS Vaccine Angel Project” enhanced those efforts. Two staff members, along with three to four volunteers, responded to inquiries about COVID-19 vaccines. They answered questions about safety and side effects, made appointments, and followed up after vaccination. Through this project, KCS reached out to over 2,000 people during a two-month period in the spring of 2021 and directly set up vaccination appointments for about 750 people. 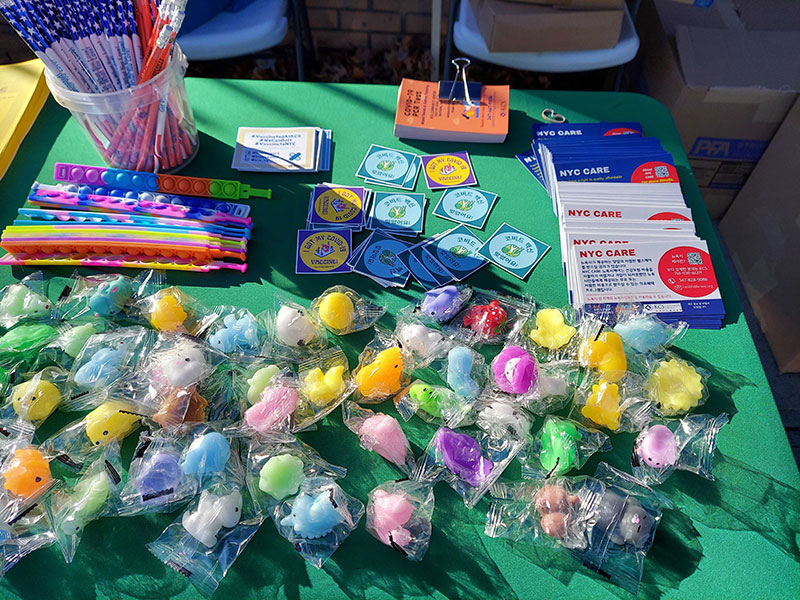 KCS provided additional help with adult vaccinations as the rollout began. An outreach team went into the community and provided information on local testing and vaccination sites. KCS hosted a vaccine center operated by Centers Urgent Care in the borough of Queens. The site was open 7 days a week and provided around 160 daily doses of COVID-19 vaccine during the spring of 2021. When demand for vaccinations started to go down during the summer, the vaccine center moved from appointment-based operations to accepting walk-in appointments. 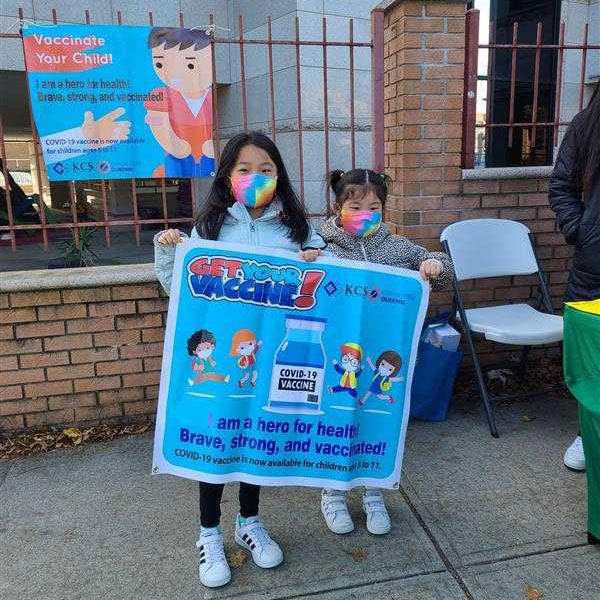 KCS’s website declares, “KCS’s mission is to be a bridge for Korean immigrants and the wider Asian community to fully integrate into society and overcome any economic, health, and linguistic barriers so that they become independent and thriving members of the community.” During the COVID-19 pandemic, KCS realized the importance of community centers as convenient, comfortable, and trusted venues. These centers became vital to racial and ethnic minority communities. Community health workers speaking their languages are great resources to promote vaccination. All of these initiatives, including street outreach activities where masks and sanitizers are given out, reinforce the trust in Korean Community Services of Metropolitan New York as an important community partner. 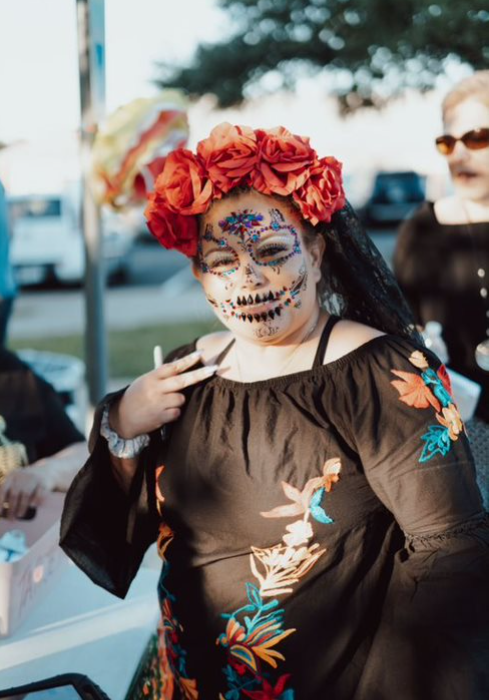 To address these disparities in access, El Buen Samaritano (El Buen), an outreach ministry of the Episcopal Diocese of Texas serving the Latino community of Central Texas, has specifically focused its vaccination campaign (the clinics as well as related outreach and education efforts) on the Eastern Crescent area.

El Buen was founded in 1987 to improve access to food and health services while focusing on the systemic factors and social determinants of health that negatively affect Latinos and immigrants. El Buen provides an array of programs and services that enables the community to engage in a critical social support network via adult education, workforce development, youth afterschool academic support, leadership and development summer camps, health access and promotion, financial and rental assistance, and food security (in the form of a year-round food pantry).

El Buen and its partner organizations have a long history serving the Latino and low-income communities in Central Texas and are trusted providers. While El Buen works with clients throughout Central Texas in its programs, 88% of the people who have received vaccines at El Buen’s vaccine events have been residents of the Eastern Crescent area.

These vaccine clinics have generated significant demand, with wait times for drive-through events exceeding 90 minutes. To maintain client satisfaction during the wait time, organizers tied in themed events, such as celebrations for Dia de los Muertos and Thanksgiving.

The results of this tailored outreach have improved vaccination rates. As of January 2022, more than 75% of the Eastern Crescent’s residents had received at least one vaccine dose compared to only 44% in May 2021 and comparable to the 75% one-dose vaccination rate in Texas at that same time.

El Buen regularly surveys its clients—the vast majority of whom are Latino and residents of the Eastern Crescent—and in the most recent survey, only 18% of respondents indicated they remain unvaccinated and hesitant to become vaccinated in the future. Additionally, clients at El Buen’s vaccine clinics are twice as likely to indicate a transportation, time, childcare, or eldercare constraint as a reason for delaying their vaccination than distrust in the vaccines or healthcare industry.

Despite the improvements in vaccination uptake and vaccine confidence among its clients, El Buen remains aware of the continued need for vaccine access and work still to be done. The Eastern Crescent’s vaccination rates still lag behind the rest of Austin, where nearly 85% of the population have received at least one COVID-19 vaccine dose.

El Buen continues to refine its approach to reach the residents of the Eastern Crescent who remain unvaccinated, as well as to provide booster doses to those who have been vaccinated. Outreach campaigns for vaccination clinics are integrated into the organization’s other activities and focus on Spanish-language, culturally relevant communication. By conducting its vaccine clinics at a time and location that is convenient for its clients, El Buen strengthens its position as a trusted community partner to engage individuals and increase vaccine uptake. 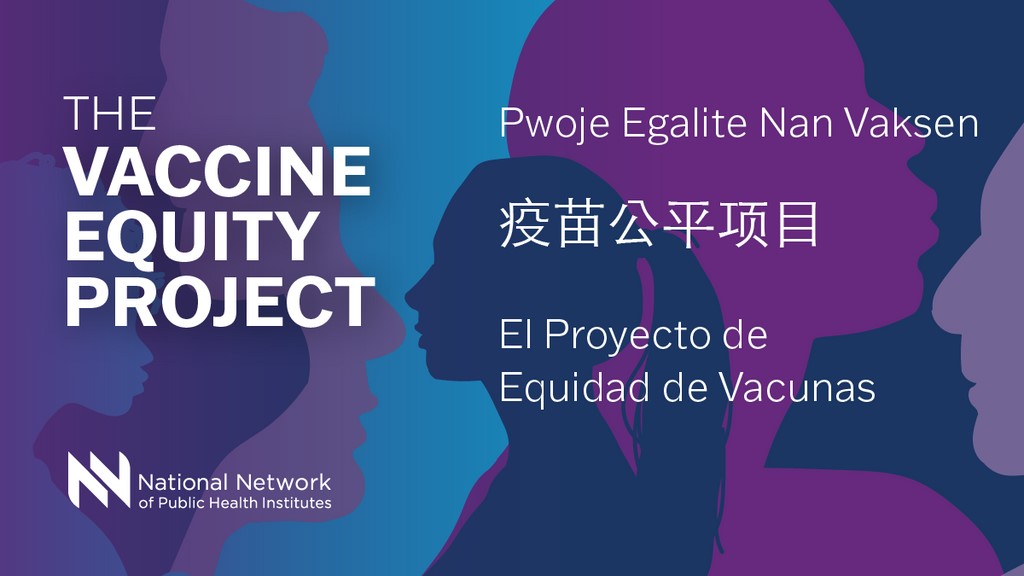 To solve problems facing individual communities, community-level outreach and collaboration are key. They are also the foundational principles for the Partnering for Vaccine Equity program, which supports more than 500 organizations in a shared effort to increase vaccine confidence and uptake via influential messengers. Finding people and organizations that are trusted by the community and who can provide culturally appropriate information that resonates with the community of interest is critical.

The National Network of Public Health Institutes (NNPHI) supports projects that address the systemic disadvantages experienced by racial and ethnic minority groups, rural communities, and communities that face a disproportionate burden of adverse outcomes from public health threats. In the fall of 2021, NNPHI announced funding (via CDC) for “National Infrastructure for Mitigating the Impact of COVID-19 within Racial and Ethnic Minority Communities: The Vaccine Equity Project.” The request for proposals (RFP) prompted a robust response from community-based organizations.

After a very competitive proposal process, NNPHI selected five organizations as subrecipients of its CDC funding, each receiving $600,000: the African Family Health Organization, Project HEALINGS in Minnesota, The Dolores Huerta Foundation, The Inter-Tribal Council of Michigan, and Public Health Solutions. Through the Vaccine Equity Project, these organizations provide resources and support to their communities of focus – including racial and ethnic minority groups (such as Black/African American, Hispanic/Latinx, and American Indian/Alaska Native Tribal populations), as well as immigrant and rural communities.

To maximize awareness and interest among community-based organizations, NNPHI sent out “heads up” messages through social media a month in advance so that community-based organizations would be ready to apply. NNPHI also promoted the funding opportunity with a graphic, which included multiple languages and shadows of faces in profile. This graphic intended to capture attention and highlight that the money was intended for organizations that serve a wide array of racial and ethnic minority groups and that may not have considered applying for opportunities like this in the past.

NNPHI held three two-hour open online forums with potential applicants to help them understand what they needed to do and how to write up proposed strategies to engage communities and improve vaccination uptake. The organization also made sure the RFP was written at an appropriate reading level, used inclusive language, and was free of technical terms and jargon by pilot testing the RFP with community partners. NNPHI developed detailed guidance on how community-based organizations could demonstrate their creative ideas and deep knowledge of their communities. For example, the guidance offered the option of submitting a video narrative instead of or in addition to text.

When it was ready, the RFP was released through NNPHI’s network of public health institutes, on social media, through subject matter experts, and other collaborators. The distribution email asked recipients to forward the RFP to organizations they collaborate with, along with community representatives. NNPHI also set up a dedicated inbox to field questions about the RFP.

Learn more about The Vaccine Equity Project and the award winners here.

To send questions or comments about the program, send an e-mail to adultvaxprogram@cdc.gov.