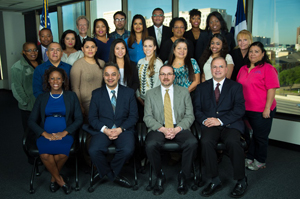 In 2014, Texas ranked 4th in the nation in TB disease burden, with 1,269 cases of active TB (case rate 4.7 per 100,000 population). TB is a disease of even greater concern in Harris County, Texas, where the case rate is roughly 60% higher than the Texas rate. TB rates are disproportionately high in underserved and vulnerable persons such as low income, uninsured, homeless, refugee, and immigrant populations – all of which are present within Harris County.

HCPHES has published a detailed VDOT Implementation Guidepdf iconexternal icon that may be utilized by other health departments interested in VDOT. Through maximizing efficient use of resources, HCPHES has found VDOT to be a cost-effective technology which enhances patient-centered care, improves regimen completion, and decreases TB transmission rates.