SheAnne Allen has a relentless dedication and passion to TB prevention. She has an expansive vision on how to end TB in Washington State. In 2015, SheAnne not only led the Washington State Department of Health TB Program, but her vision allowed the program to be truly innovative.

SheAnne was instrumental in the innovative application and implementation of TB Project ECHO® in Washington. Washington’s TB ECHO® is the first of its kind. It focuses on latent TB infection treatment by partnering with private providers and community health centers to reduce the number of people at risk of developing TB disease later in life. Expanding latent TB infection treatment to primary care is critical. It is even more critical in areas of Washington with limited public health resources and respiratory/infectious disease specialists.

SheAnne’s contributions were essential to an effective contact investigation of over 1200 students and faculty in a large public school. The contact investigation was done in four days. Under her leadership and guidance as the State TB Controller, over 1200 individuals were evaluated for TB infection. Fifty of those people had a chest x-ray done because they had symptoms suggestive of active TB or a positive TB test. Those who had latent TB infection completed treatment. SheAnne’s efforts substantially reduced their risk of developing active TB disease.

SheAnne continues work toward making latent TB infection a notifiable condition in the State of Washington. By making latent TB infection a notifiable condition, primary care providers would be required to notify the state health department of any individuals testing positive for TB infection. This will allow for tailored communication and recommendations on treatment options. By spearheading this movement, SheAnne is actively working towards changing state policy in the effort to reduce the number of active TB cases through prevention. 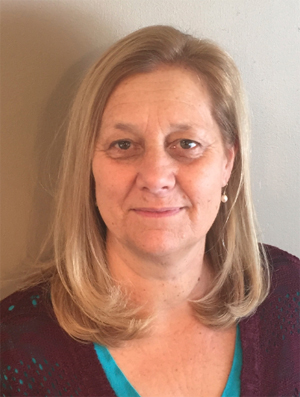 Dr. Jennifer Flood is the Chief of the TB Control Branch, California Department of Public Health (CDPH). She is a driving force for innovation and collaboration in a state where the opportunities and challenges for TB elimination are ever present. She embodies the skills, commitment, and courageous leadership needed in a jurisdiction where 22% of the nation’s TB cases reside.

One of Dr. Flood’s greatest contributions to TB elimination is her leadership in both building partnerships and as a champion for TB prevention. Under Dr. Flood’s guidance and leadership, in May 2015, the California TB Elimination Task Force convened to explore how best to address the opportunity to eliminate TB in California by 2040. This Task Force was a collaboration of CDPH, the University of California, San Francisco, and the California TB Controllers Association (CTCA), with funding from the California HealthCare Foundation. Through thoughtful analysis of the evidence base, the Task Force identified six key groups of interventions needed to reach TB elimination in California. In December 2015, Dr. Flood led the effort to assemble a diverse group of 50 stakeholders to share their perspectives on the Task Force recommendations. They group would also to inform the development of a statewide TB elimination action plan. The meeting was an unprecedented collaboration of key representatives from TB control and other public health programs, managed care, community-based organizations, border health, corrections, and implementation partners such as CITC.

As a cornerstone in the elimination plan, Dr. Flood has placed TB prevention front and center through focused targeting of latent TB infection. In 2015, she led the CDPH/CTCA creation of a “TB Risk Assessment Tool” to help clinicians identify adults for latent TB infection testing who are at high-risk for TB exposure or progression to TB disease. Widespread implementation of this tool represents just one piece in the overall California TB elimination plan, but its utility as an adaptable tool has already found support across the country.

Dr. Flood is a passionate, committed, innovative, and inspirational leader who has greatly contributed to TB control in California for over a decade. With her vision and stewardship, California is moving closer to TB elimination.