Control of TB transmission is accomplished through prompt detection and treatment of patients with infectious TB disease, administrative controls designed to reduce exposure to persons with infectious TB, and contact investigations to identify exposed persons at risk for LTBI (i.e., candidates for latent TB infection (LTBI) testing and treatment). Many clinical, epidemiologic, and social factors can make these activities challenging to implement successfully. National estimates of recent transmission for cases reported during 2018–2019 provide a starting place within programs to understand better the populations affected by recent TB transmission and monitor trends over time in TB control.  However, findings from local investigations of clusters and outbreaks, using whole-genome sequencing (WGS) results when available, are preferable because estimates of recent transmission rely on surveillance data and are limited by the molecular resolution of genotyping.

Using national molecular surveillance data, CDC attributes a TB case to recent transmission if a plausible source case1 can be identified in a person who has the same M. tuberculosis genotype, has an infectious form of TB disease, is at least 10 years of age, resides within 10 miles of the given TB case, and was diagnosed within 2 years before the given TB case. 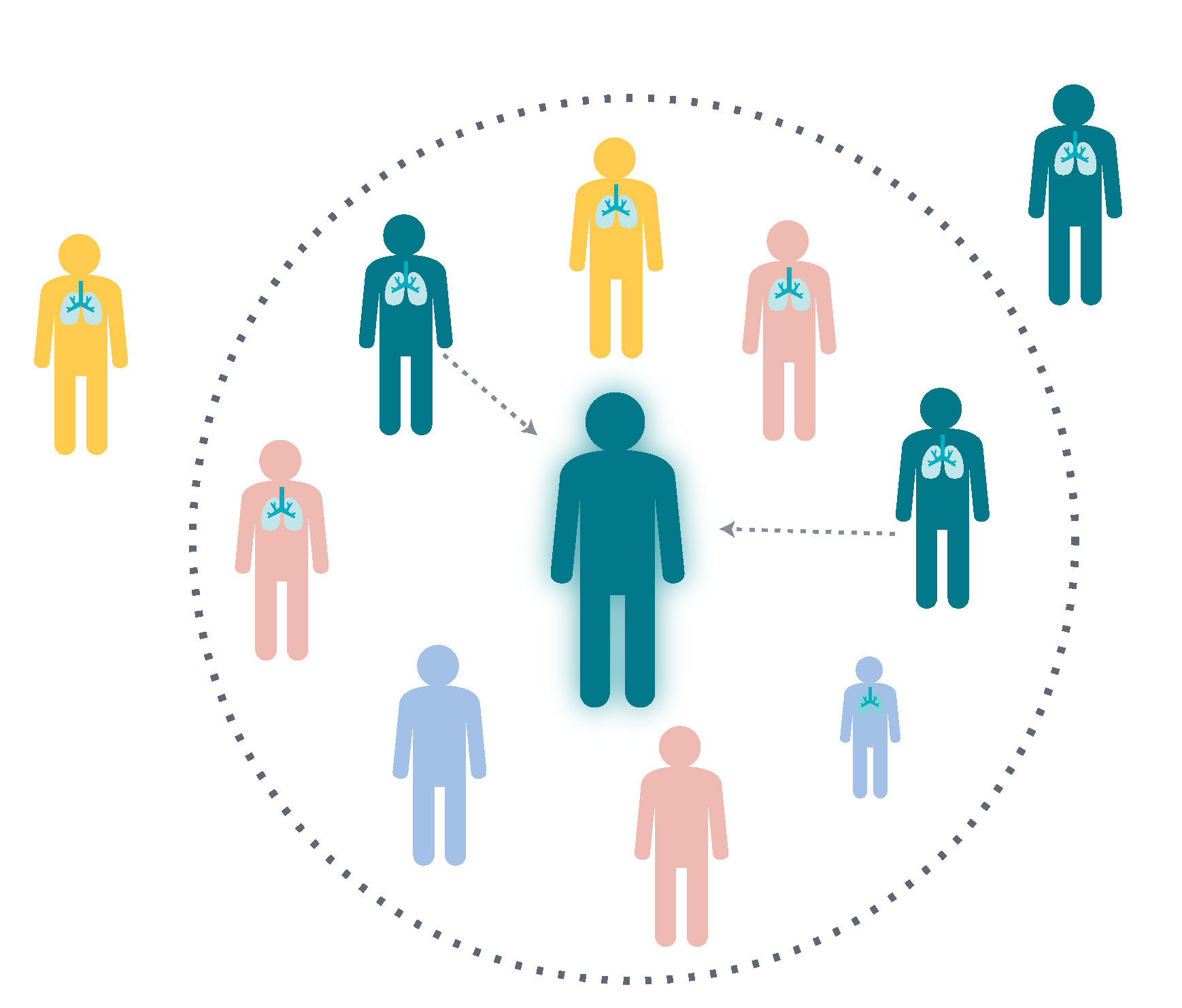 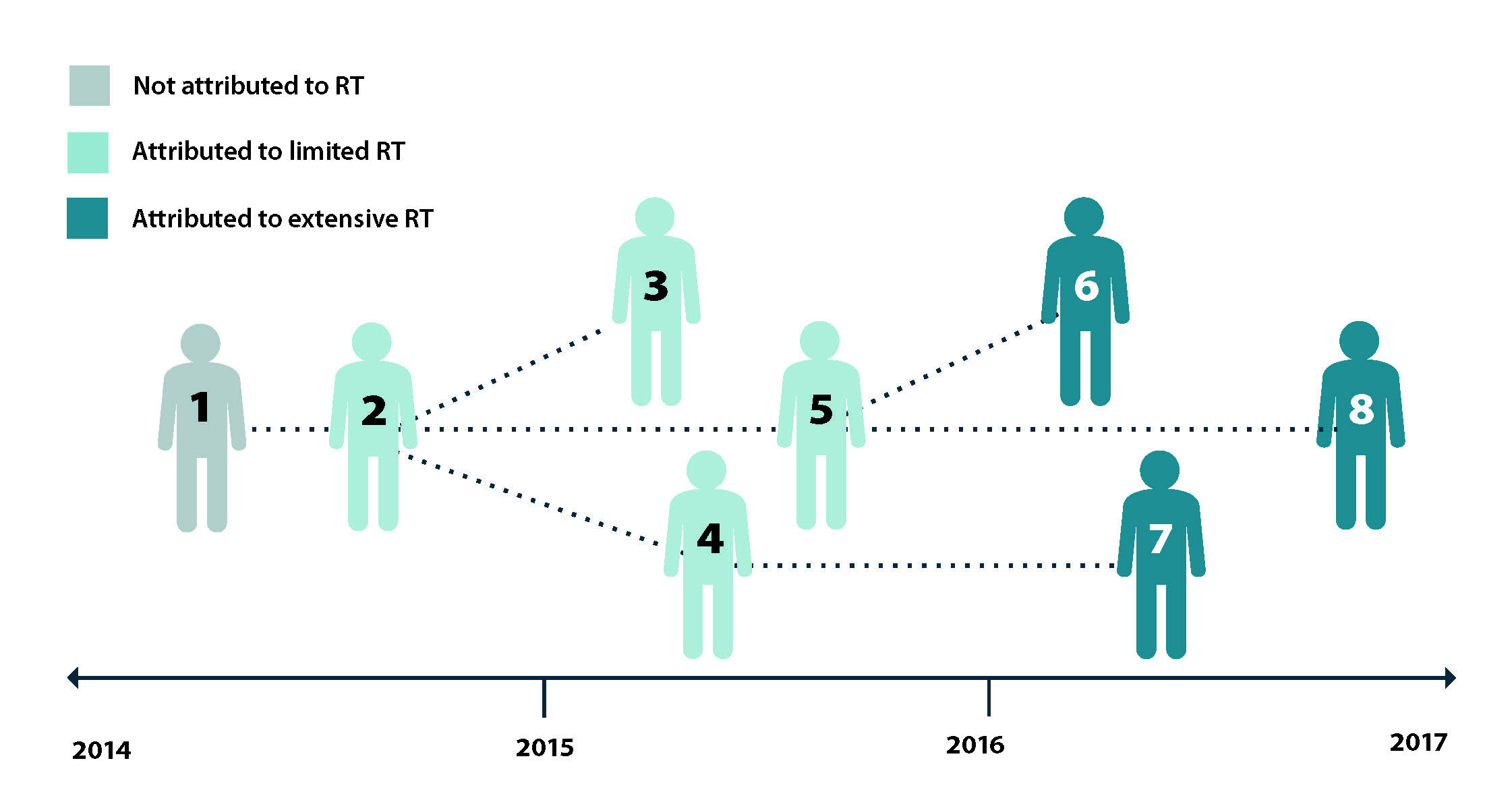 Figure 2. Illustration demonstrating how cases are categorized as attributed to extensive or limited recent transmission

For 2018-2019, 4 states and 1 city with 1–52 TB cases reported in 2019 had percentages of TB cases attributed to recent transmission that were at or above the national average (12.5%); these percentages should be interpreted with caution because small denominators can create unstable estimates (Figure 13). Seven states and one city with 53–131 reported cases, and 4 states and 4 cities with 132 or more reported cases, were at or above 12.5%. The relative amounts of limited and extensive recent transmission varied substantially.  Because not only TB incidence but also demographics and molecular epidemiology vary considerably among states, counties, and cities, these data should not be compared across jurisdictions.

Additional information on estimates of recent transmission and their limitations can be found in CDC’s
Reported Tuberculosis in the United States, 2019. 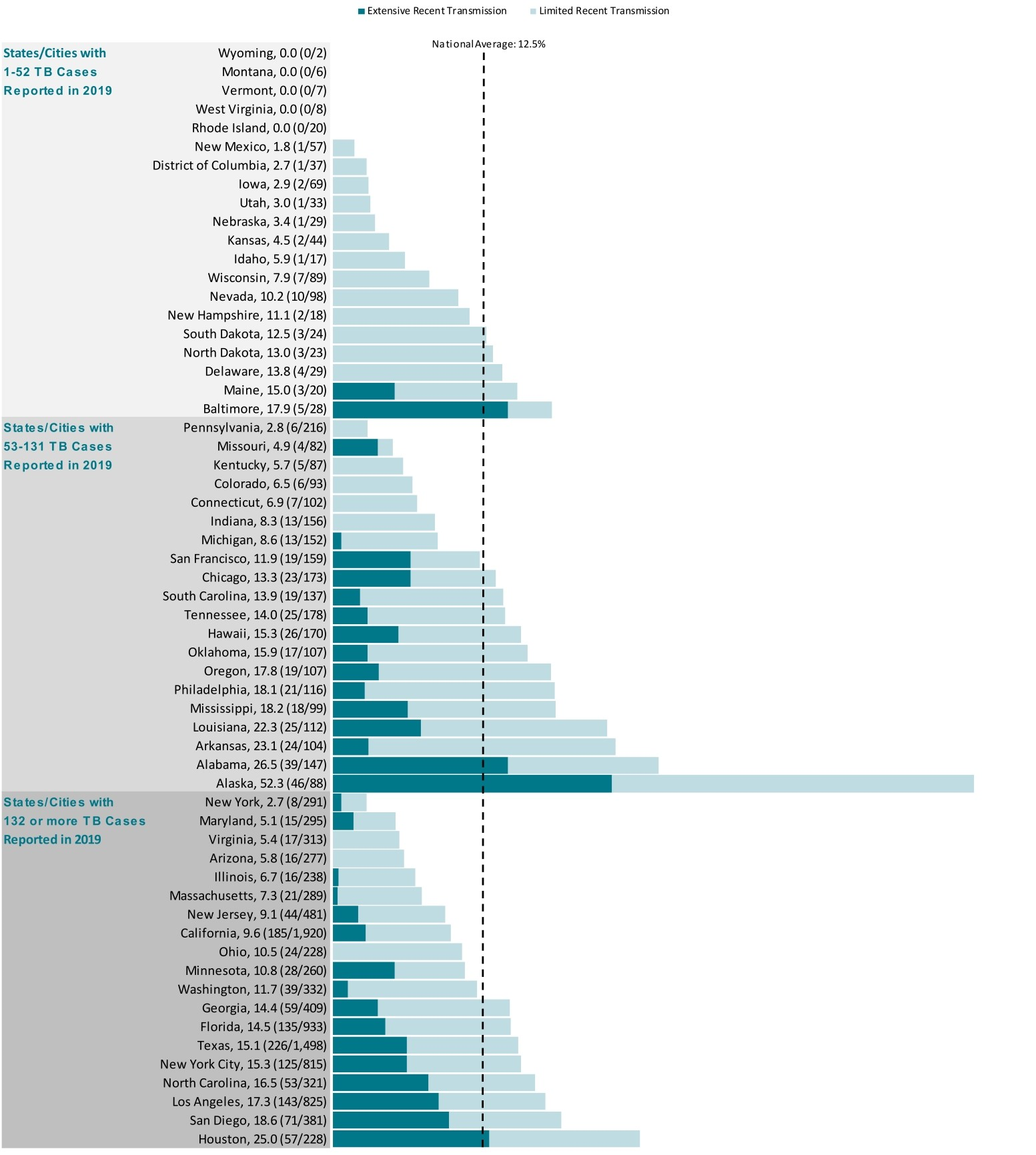