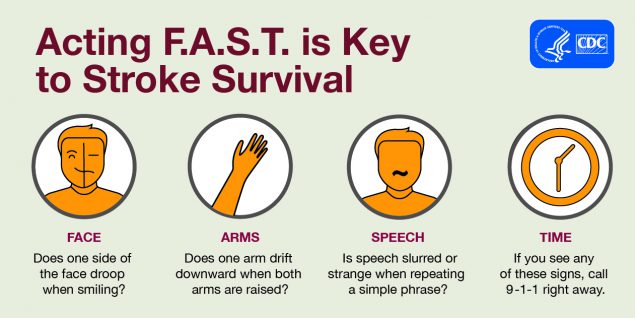 Acting F.A.S.T. is key to stroke survival. Face: Does one side of the face droop when smiling? Arms: Does one arm drift downward when both arms are raised? Speech: Is speech slurred or strange when repeating a simple phrase? Time: If you see any of these signs, call 9-1-1 immediately. 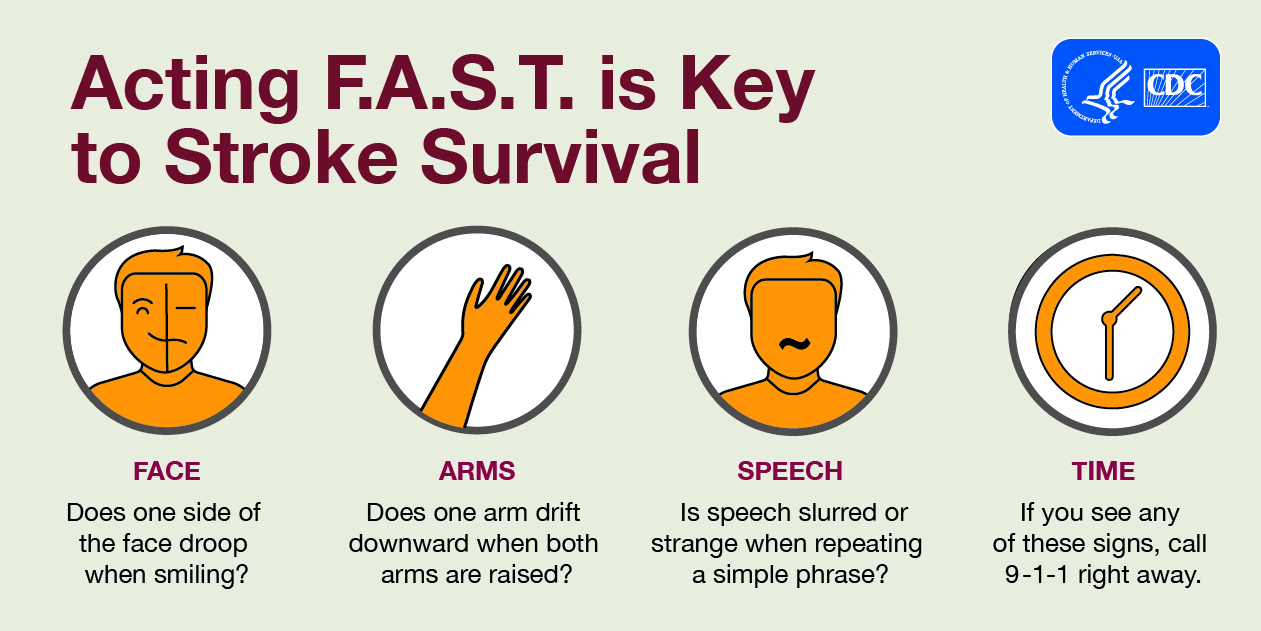 These facts are alarming, but there is good news: About 4 in 5 strokes are preventable.4 That’s why it’s important to know your risk for stroke and take action to protect your health. And you can learn more about how CDC and its partners are leading programs to help men reduce their risk of stroke.

What is a stroke?

A stroke, sometimes called a brain attack, happens when blood flow to an area of the brain is blocked or when a blood vessel in the brain bursts. When brain cells are starved of oxygen, they die.

Stroke is a medical emergency. It’s important to act F.A.S.T and get treatment as soon as possible (see sidebar). Call 9-1-1 right away if you or someone you are with shows any signs of having a stroke.

Some treatments for stroke work only if given within the first 3 hours after symptoms start. A delay in treatment increases the risk of permanent brain damage or death.

What puts men at risk for stroke?

Other risk factors for stroke include the following:

Why are African American men at higher risk for stroke? 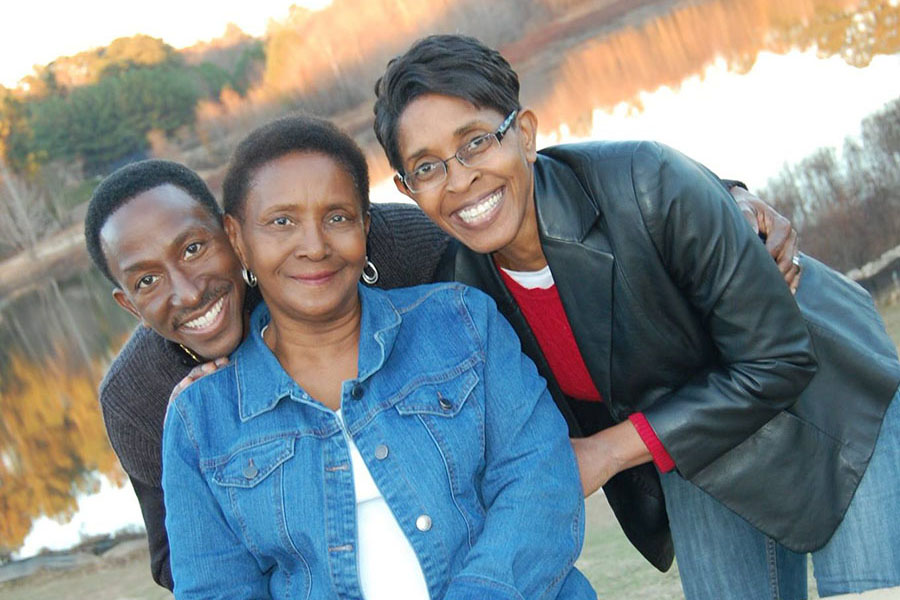 Active and healthy, Adrian thought he was the last person who needed to think about stroke. But Adrian did not realize that he had an increased risk of stroke due to family history. Read Adrian’s story.

Why are Hispanic men at risk for stroke?

How can I prevent stroke? 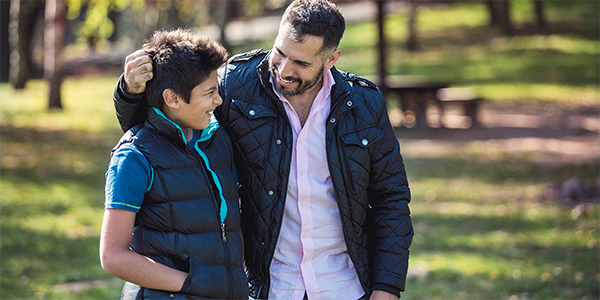 Strong men put their health first. Learn about heart health and share what you know with your friends, neighbors, and loved ones.

Most strokes can be prevented by keeping medical conditions under control and making healthy lifestyle changes:

Know your ABCS of heart and brain health:

Work with your health care team:

CDC’s Division for Heart Disease and Stroke Prevention (DHDSP) provides resources to all 50 states to address heart disease and stroke and helps lead or support the following: