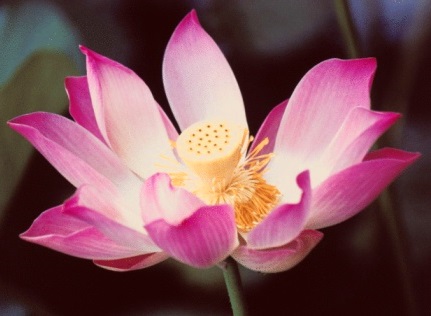 In general, infertility is defined as not being able to get pregnant (conceive) after one year (or longer) of unprotected sex. Because fertility in women is known to decline steadily with age, some providers evaluate and treat women aged 35 years or older after 6 months of unprotected sex. Women with infertility should consider making an appointment with a reproductive endocrinologist—a doctor who specializes in managing infertility. Reproductive endocrinologists may also be able to help women with recurrent pregnancy loss, defined as having two or more spontaneous miscarriages.

Pregnancy is the result of a process that has many steps.

Infertility may result from a problem with any or several of these steps.

Impaired fecundity is a condition related to infertility and refers to women who have difficulty getting pregnant or carrying a pregnancy to term.

No, infertility is not always a woman’s problem. Both men and women can contribute to infertility.

Almost 9% of men aged 25 to 44 years in the United States reported that they or their partner saw a doctor for advice, testing, or treatment for infertility during their lifetime.

Infertility in men can be caused by different factors and is typically evaluated by a semen analysis. When a semen analysis is performed, the number of sperm (concentration), motility (movement), and morphology (shape) are assessed by a specialist. A slightly abnormal semen analysis does not mean that a man is necessarily infertile. Instead, a semen analysis helps determine if and how male factors are contributing to infertility.

Disruption of testicular or ejaculatory function

A woman’s menstrual cycleexternal icon is, on average, 28 days long. Day 1 is defined as the first day of “full flow.” Regular predictable periods that occur every 24 to 32 days likely reflect ovulation. A woman with irregular periods is likely not ovulating.

Ovulation can be predicted by using an ovulation predictor kit and can be confirmed by a blood test to check the woman’s progesterone level on day 21 of her menstrual cycle. Although several tests exist to evaluate a woman’s ovarian function, no single test is a perfect predictor of fertility. The most commonly used markers of ovarian function include follicle stimulating hormone (FSH) value on day 3 to 5 of the menstrual cycle, anti-müllerian hormone value (AMH), and antral follicle count (AFC) using a transvaginal ultrasound.

Disruptions in ovarian function may be caused by several conditions and warrants an evaluation by a doctor.

When a woman doesn’t ovulate during a menstrual cycle, it’s called anovulation. Potential causes of anovulation include the following

Tubal evaluation may be performed using an X-ray that is called a hysterosalpingogram (HSG), or by chromopertubation (CP) in the operating room at time of laparoscopy, a surgical procedure in which a small incision is made and a viewing tube called a laparoscope is inserted.

Depending on a woman’s symptoms, the uterusexternal icon may be evaluated by transvaginal ultrasound to look for fibroidsexternal icon or other anatomic abnormalities. If suspicion exists that the fibroids may be entering the endometrial cavity, a sonohystogram (SHG) or hysteroscopy (HSC) may be performed to further evaluate the uterine environment.

Female fertility is known to decline with

Most experts suggest at least one year for women younger than age 35. However, for women aged 35 years or older, couples should see a health care provider after 6 months of trying unsuccessfully. A woman’s chances of having a baby decrease rapidly every year after the age of 30.

Some health problems also increase the risk of infertility. So, couples with the following signs or symptoms should not delay seeing their health care provider when they are trying to become pregnant

It is a good idea for any woman and her partner to talk to a health care provider before trying to get pregnant. They can help you get your body ready for a healthy baby, and can also answer questions on fertility and give tips on conceiving. Learn more at the CDC’s Preconception Health Web site.

Doctors will begin by collecting a medical and sexual history from both partners. The initial evaluation usually includes a semen analysis, a tubal evaluation, and ovarian reserve testing.

Infertility can be treated with medicine, surgery, intrauterine insemination, or assisted reproductive technology.

Often, medication and intrauterine insemination are used at the same time. Doctors recommend specific treatments for infertility on the basis of

Male infertility may be treated with medical, surgical, or assisted reproductive therapies depending on the underlying cause. Medical and surgical therapies are usually managed by an urologist who specializes in infertility. A reproductive endocrinologist may offer intrauterine inseminations (IUIs) or in vitro fertilization (IVF) to help overcome male factor infertility.

Some common medicines used to treat infertility in women include

*Note: Use of trade names and commercial sources is for identification only and does not imply endorsement by the US. Department of Health and Human Services.

Many fertility drugs increase a woman’s chance of having twins, triplets, or other multiples. Women who are pregnant with multiple fetuses may have more problems during pregnancy. Multiple fetuses have a higher risk of being born prematurely (too early). Premature babies are at a higher risk of health and developmental problems.

Intrauterine insemination (IUI) is an infertility treatment that is often called artificial insemination. In this procedure, specially prepared sperm are inserted into the woman’s uterus. Sometimes the woman is also treated with medicines that stimulate ovulation before IUI.

IUI is often used to treat

Assisted Reproductive Technology (ART) includes all fertility treatments in which both eggs and embryos are handled outside of the body. In general, ART procedures involve removing mature eggs from a woman’s ovaries using a needle, combining the eggs with sperm in the laboratory, and returning the embryos to the woman’s body or donating them to another woman. The main type of ART is in vitro fertilization (IVF).

Success rates vary and depend on many factors, including the clinic performing the procedure, the infertility diagnosis, and the age of the woman undergoing the procedure. This last factor—the woman’s age—is especially important.

CDC collects success rates on ART for some fertility clinics. According to the CDC’s 2015 ART Success Rates, the average percentage of fresh, nondonor ART cycles that led to a live birth were

Success rates also vary from clinic to clinic and with different infertility diagnoses.

ART can be expensive and time-consuming, but it has allowed many couples to have children that otherwise would not have been conceived. The most common complication of ART is a multiple pregnancy. This is a problem that can be prevented or minimized by limiting the number of embryos that are transferred back to the uterus. For example, transfer of a single embryo, rather than multiple embryos, greatly reduces the chances of a multiple pregnancy and its risks such as preterm birth.

ART procedures sometimes involve the use of donor eggs (eggs from another woman), donor sperm, or previously frozen embryos. Donor eggs are sometimes used for women who cannot produce eggs. Also, donor eggs or donor sperm are sometimes used when the woman or man has a genetic disease that can be passed on to the baby. An infertile woman or couple may also use donor embryos. These are embryos that were either created by couples in infertility treatment or were created from donor sperm and donor eggs. The donated embryo is transferred to the uterus. The child will not be genetically related to either parent.

Women with ovaries but no uterus may be able to use a gestational carrier. This may also be an option for women who shouldn’t become pregnant because of a serious health problem. In this case, a woman uses her own egg. It is fertilized by her partner’s sperm and the embryo is placed inside the carrier’s uterus.