About Opioid Use During Pregnancy

Opioids are a class of drugs used to reduce pain.

What is opioid use disorder?

Opioid use disorder (OUD), sometimes referred to as opioid addiction, is a problematic pattern of opioid use that causes significant impairment or distress. It was previously classified as opioid abuse or opioid dependence in DSM-IV criteria.

Medication for Opioid Use Disorder (MOUD) refers to the use of medication to treat opioid use disorder. Methadoneexternal icon and buprenorphineexternal icon are primary therapy options for pregnant women with OUD.

Opioid Use During Pregnancy

In the most recent estimateexternal icon available, the number of women with opioid-related diagnoses documented at delivery increased by 131% from 2010 to 2017.  According to 2019 self-reported data, about 7% of women reported use of prescription opioid pain relievers during pregnancy. Of those, 1 in 5 reported misuse (defined by this survey as getting prescription opioid pain relievers from a source other than a healthcare provider or using them for a reason other than to relieve pain).

Health Outcomes From Exposure During Pregnancy

Opioid use during pregnancy can lead to neonatal abstinence syndrome (NAS) in some newborns. NAS is a group of conditions that can occur when newborns withdraw from certain substances, including opioids, that they were exposed to before birth. Signs of withdrawal usually begin within 72 hours after birth and may include the following: 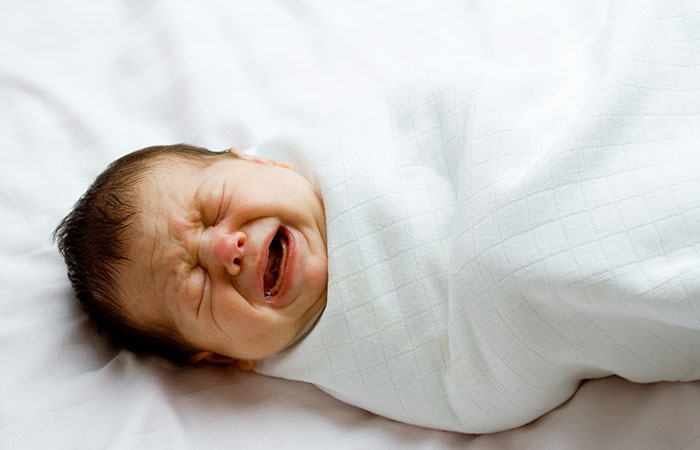 Withdrawal among newborns during the first 28 days of life due to exposure to opioids before birth is called neonatal opioid withdrawal syndrome (NOWS). NOWS occurs after long-term exposure to opioids; therefore, opioids given at the time of delivery do not cause NOWS.9 For more information about NOWS, including symptoms, treatment, and planning for discharge, read the American Academy of Pediatrics’ Clinical Report, Neonatal Opioid Withdrawal Syndromeexternal icon.

NAS is a group of conditions that can occur when newborns withdraw from certain substances, including opioids, that they were exposed to before birth. Withdrawal caused by in utero exposure to opioids during the first 28 days of life is also called neonatal opioid withdrawal syndrome (NOWS).

Birth outcomes associated with opioid use during pregnancy

Infants exposed to opioids during pregnancy might be more likely to

Longer-term developmental outcomes associated with opioid use during pregnancy

There is limited information about the longer-term outcomes of children exposed to opioids prenatally, including those with or without NAS. Not all babies exposed to opioids during pregnancy experience signs of NAS, but experts are concerned that there could be long-term effects on development that aren’t obvious at birth. Results from a recent studyexternal icon suggest that children with NAS were more likely to have a developmental delay or speech or language impairment in early childhood compared to children without NAS.  It is not clear if these impacts are due to opioids specifically, other substance exposures, or other environmental influences. Findingsexternal icon about the long-term outcomes of children exposed to opioids during pregnancy are inconsistent. More research is needed to better understand the spectrum of possible outcomes related to opioid exposure during pregnancy.

Treatment for Opioid Use Disorder or Long-Term Opioid Use Before, During, and After Pregnancy

If a woman is pregnant or planning to become pregnant, the first thing she should do is talk to a healthcare provider. Creating a treatment plan for OUD or conditions treated with long-term opioid use, as well as other co-occurring health conditions, before pregnancy can help a woman increase her chances of a healthy pregnancy.

Quickly stopping opioids during pregnancy is not recommended, as it can have serious consequences, including preterm labor, fetal distress, or miscarriage. Current clinical recommendationsexternal icon for pregnant women with OUD include treatment with medication for opioid use disorder (MOUD), rather than supervised withdrawal, due to a higher likelihood of better outcomes and a reduced risk of relapse.

When making decisions about whether to begin opioid therapy for chronic pain during pregnancy, healthcare providers and patients together should carefully weigh risks and benefits. For pregnant women already receiving opioids, clinicians should access appropriate expertise if considering stopping opioids because of possible risks during pregnancy. Healthcare providers caring for pregnant women receiving opioids for pain or MOUD should arrange for delivery at a facility prepared to care for newborns with NOWS. For more information, see the Pregnant Women section in CDC’s Guideline for Prescribing Opioids for Chronic Pain.

It is important to recognize that NAS is an expected condition that can follow exposure to MOUD. A concern for NAS alone should not deter healthcare providers from prescribing MOUD. Close collaboration with the pediatric care team can help ensure that infants born to women who used opioids during pregnancy are monitored for NAS and receive appropriate treatment, as well as be referred to needed services.

Support for women in treatment for OUD is critical in the postpartum period—a time of adjustments and increased stressors—which may increase the risk for relapse and overdose events. Continued access to health care and linkage to care for substance use disorders and other co-occurring conditions is important. Women with OUD during pregnancy should continue MOUD as prescribed in the postpartum period. Learn more about treatment for opioid use disorder for women before, during, and after pregnancy.

For information about the risks of specific opioid medications used during pregnancy, read MotherToBaby’s fact sheetsexternal icon. MotherToBaby experts are also available by phone or online chat to answer questions in English or Spanish. This free and confidential service is available Monday through Friday from 8 a.m. to 5 p.m. (local time). To reach MotherToBaby,