Surveillance for Emerging Threats to Mothers and Babies

CDC’s Surveillance for Emerging Threats to Mothers and Babies

Through this effort, state, local, and territorial health departments work with CDC to identify the impact of emerging health threats to pregnant women and their infants. This approach serves as a preparedness network that can be expanded should new threats for mothers and babies emerge.

Surveillance for Emerging Threats to Mothers and Babies collects information on pregnant women and their children through the first 3 years of life. This system aims to figure out how health threats, such as COVID-19, hepatitis C, syphilis, and Zika, affect these populations. It may also track birth defects, developmental problems, and other disabilities as these children age. CDC scientists use these data to

CDC currently supports 28* state, local, and territorial health departments to prepare for and respond to emerging threats to pregnant women and infants. 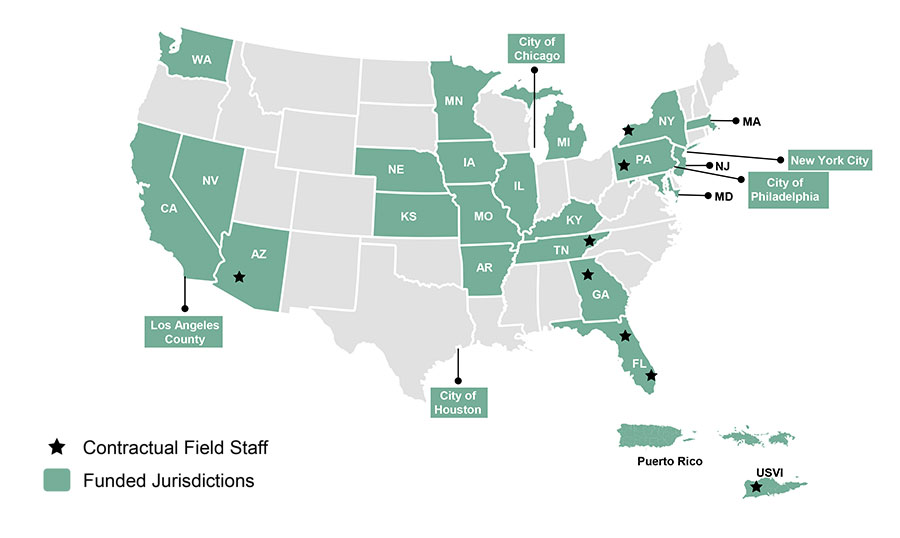 In August 2016 through July 2018, 61 states, territories, and local areas received one-time Zika supplemental funding to support the U.S. Zika Pregnancy and Infant Registry. Data collected through the Registry help CDC scientists to learn more about the long-term health outcomes of infants affected by Zika during pregnancy. 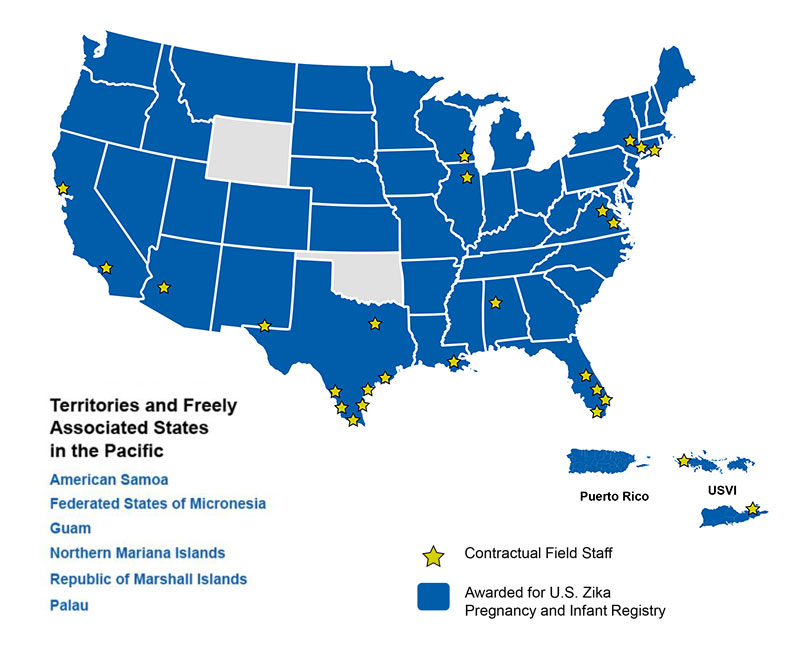 This map of the United States shows the 61 jurisdictions that were funded for the US Zika Pregnancy and Infant Registry from August 2016 through July 2018. Funded jurisdictions are shaded in blue. The map also indicates the placement sites for contractual field staff that assisted with the Registry activities.