Causes and How It Spreads

Mycoplasma pneumoniae is a type of bacteria that causes illness by damaging the lining of the respiratory system (throat, lungs, windpipe). 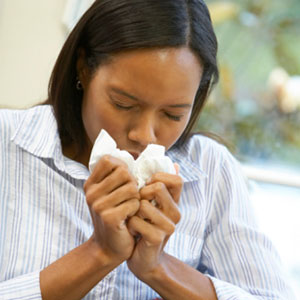 People spread Mycoplasma pneumoniae bacteria to others by coughing or sneezing.

M. pneumoniae spread from person to person. People without symptoms may carry the bacteria in their nose or throat at one time or another. People spread M. pnuemoniae by coughing or sneezing, which creates small respiratory droplets in the air that contain the bacteria. Other people then breathe in the bacteria.

Most people who spend a short amount of time with someone who is sick with M. pneumoniae do not become ill. However, it is common for the bacteria to spread between people who live together. M. pneumoniae infections usually have long incubation periods (the time between breathing in the bacteria and developing symptoms). The incubation period is usually between 1 to 4 weeks.1