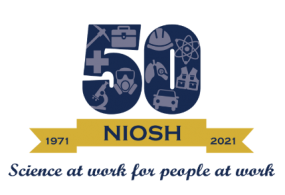 Science at work for people at work

WASHINGTON – The National Institute for Occupational Safety and Health (NIOSH) celebrates 50 years of existence and enters its golden era on April 28, 2021. To commemorate this milestone, NIOSH is featuring a series of special events and products that highlight the contributions NIOSH has made to the nation’s workforce. 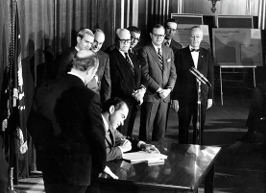 Presidential signing of OSH Act of 1970

Fifty years ago, on April 28, 1971, NIOSH officially began its operations. A short time prior to that, Congress passed the Occupational Safety and Health Act of 1970 (OSH Act) that created NIOSH as a separate and independent research program to create objective scientific findings and “to assure so far as possible every working man and woman in the Nation safe and healthful working conditions.”

Throughout the past five decades, NIOSH has produced research and resources for specific regional occupational hazards, like those in the fishing, oil and gas, firefighting, and mining industries. The Institute has simultaneously addressed issues prevalent across nationwide industries, as in construction, healthcare, manufacturing and the service industry, to name a few. NIOSH expanded its work to include emerging safety and health concerns in areas like nanotechnology, robotics, stress, fatigue and ergonomics, and workplace design and well-being. The Institute has played a prominent role in emergency response, including the most recent global health crisis, and continues to partner with like-minded organizations and agencies to promote mutually reinforcing work.

“Our nation has evolved rapidly in the last fifty years, and the jobs workers do, the hazards they face, and the way their work is organized have significantly changed,” said NIOSH Director John Howard, M.D. “On this 50th year commemoration of NIOSH, the Institute recommits to addressing both persistent and emerging issues, looking at workplace culture, and challenging our research to be both innovative and forward-thinking.”

Visit the NIOSH 50th Anniversary Webpage, a central source of anniversary information, links and resources, including: 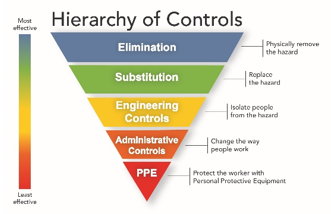 The past and present of NIOSH has flourished thanks to the many employees who have dedicated their passion and expertise to worker safety and health. Today, NIOSH continues to respond to requests for health hazard evaluations, conduct intervention studies, and publish authoritative recommendations.

This year, NIOSH renews its commitment to the safety and health of workers across the nation. One injury, illness or fatality is one too many.

NIOSH is the federal institute that conducts research and makes recommendations for preventing work-related injuries, illnesses and deaths. For more information about NIOSH visit www.cdc.gov/niosh.