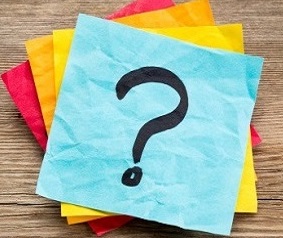 Coal Workers’ Pneumoconiosis is a lung disease caused by inhaling coal mine dust. Although some miners never develop the disease, others may develop the early signs after less than 10 years of mining experience. According to recent studies by the National Institute for Occupational Safety and Health (NIOSH), about one of every 20 miners participating in our program has X-ray evidence of some pneumoconiosis.

Unfortunately, there is no cure for the damage that the dust has already done to your lungs. However, preventing Coal Workers’ Pneumoconiosis is among the highest priorities in protecting the health of the coal miner. It is an effort that requires the commitment of you, the miner, as well as the coal mine operator.

Pneumoconiosis may be detected on chest x-rays. The Federal Coal Mine Health and Safety Act of 1969, as amended by the Federal Mine Safety and Health Act of 1977, has created two x-ray programs.

The second program is for all miners working in an underground coal mine. You must be offered a chest X-ray approximately every five years during a six-month time period arranged by the coal mine and approved by NIOSH.

In addition to providing an indication of whether or not you have pneumoconiosis, the X-ray examination may also reveal evidence of other medical disorders. Heart problems and certain other diseases such as tuberculosis and lung cancer may be detected through a chest X-ray.

No one will be notified of the results without your written permission.

In addition to providing an indication of whether or not you have pneumoconiosis, the X-ray examination may also reveal evidence of other medical disorders. Heart problems and certain other diseases such as tuberculosis and lung cancer may be detected through a chest X-ray.

If your chest X-ray indicates definite evidence of “BLACK LUNG,” you will receive a letter offering you a transfer option. The transfer option gives you the right to work at a job in the mine where the dust concentration is not more than 1.0 milligram per cubic meter of air. It is possible that the dust exposure on your current job already meets that level and you would not be entitled to a transfer.

If you have shortness of breath, cough or any other health concerns, we suggest you ask your doctor about them right away. Also, contact your doctor if the X-ray report mentions a health condition that requires medical follow-up, testing or treatment.

If you don’t have a regular doctor, you can find a doctor who knows about mining-related health problems at one of the U.S. Government-supported Black Lung Clinics. These clinics typically offer benefits counseling, treatment and testing, including chest X-rays, laboratory services, pulmonary function testing and education about respiratory diseases for miners and their families. Active, inactive and retired coal miners who suffer from chronic respiratory diseases are eligible for such services. Services vary from clinic to clinic, so check with your nearest Black Lung Clinic for specifics.

If you have been told by a physician that you have pneumoconiosis or other lung problems, you may have questions about whether you are eligible for any compensation from the Federal Government.

The Federal Black Lung Benefits Program is completely separate from the State Workers’ Compensation programs. Some miners may qualify for one program and not the other. The Federal program provides payments and medical treatment to coal miners who are totally disabled from pneumoconiosis (Black Lung) arising from their employment in or around the nation’s coal mines. In select cases, payments may be paid to eligible surviving dependents.

Call now- if you don’t apply in time, you could lose your benefits forever.

NIOSH arranges for experts to review you chest X-ray and stores the film for future comparisons. If you need a copy or want more information about your chest X-ray, contact NIOSH.