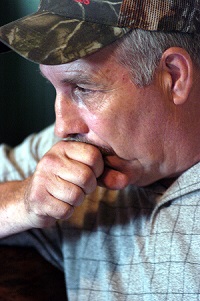 Coal mining-related respiratory diseases can affect the gas exchanging tissues of the lungs. These lung tissues remove carbon dioxide and take up oxygen. The diseases can also affect the lung passages that carry air back and forth during breathing. The passages are called airways. Depending on what is in the coal mine dust that is inhaled and the part of the lung that is affected, coal miners may develop several different types of respiratory diseases. For more information about each of the following coal mining-related respiratory diseases, click on the links provided.

Pneumoconiosis refers to fibrotic (scarring) disease of the lung tissue caused by inhalation of respirable-sized mineral dusts. The primary pneumoconiosis seen in coal miners are coal workers’ pneumoconiosis and silicosis. Asbestosis is another type of pneumoconiosis, usually seen in other work settings.

For more information on the following lung diseases see Pneumoconiosis.

Chronic Obstructive Pulmonary Disease (COPD) is a progressive disease that increases airways resistance. This limits the amount of air that can be moved into and out of the lungs. COPD includes chronic bronchitis and emphysema.

For more information see COPD. To learn about work-related COPD through interviews with a physician and patients diagnosed with the disease, click on Faces of Work-related COPD.