A 34-year-old male volunteer fire fighter (the victim) died after the engine he was driving veered off the road and rolled two times before coming to rest. The incident occurred while the victim, a Lieutenant, and another fire fighter were responding in Engine 11 to a motor-vehicle incident involving injuries. While en route, the tires on the engine’s right side dropped off the road surface. As the victim attempted to bring the engine back onto the roadway, he overcompensated, causing the engine to cross the oncoming lane of traffic. The engine crossed a small ditch, rolled across another roadway, crossed another ditch, and rolled again before coming to rest in a resident’s yard. The Lieutenant and fire fighter were thrown from the engine and the victim was killed instantly. The Lieutenant and fire fighter were taken by ambulance to a local hospital where they were treated and released. The victim, who was entrapped in the vehicle, was removed 1 hour later. NIOSH investigators concluded that, to minimize the risk of similar occurrences, fire departments should

On August 31, 1999, a male volunteer fire fighter died after the engine he was driving veered off the road and rolled two times before coming to rest. The victim was responding to a motor-vehicle incident involving injuries when the tires on the engine’s right side went off the road, causing the driver to lose control of the engine. The engine rolled two times before coming to rest, killing the victim and injuring two other occupants.

On September 1, 1999, the U.S. Fire Administration notified the National Institute for Occupational Safety and Health (NIOSH) of this incident. On September 28, 1999, a Safety and Occupational Health Specialist and the Team Leader from the NIOSH Fire Fighter Fatality Investigation and Prevention Program investigated the incident. They conducted interviews with the Chief of the County Fire System, the Chief of the department, the Training Officer, and the Lieutenant and the fire fighter involved in the incident. They obtained a copy of the vehicle maintenance records, the victim’s training records, the department’s standard operating procedures (SOPs), field sketches, the State Police report, photographs taken of the engine at the incident scene, and the death certificate. The incident site was visited and photographed.

The volunteer fire department involved in the incident serves a population of 2,500 in a geographic area of 5 square miles and is comprised of 26 volunteer fire fighters. The engine involved in this incident was a 5-year-old commercial cab, Freightliner, 4-door, FL80 conventional. The body of the engine, manufactured by E-One, had a wheelbase which measured 19½ feet, and the distance from the front of the bumper to the front axle measured 10 feet. The engine had a T-shaped, 1,000-gallon water tank, was equipped with baffles, and was full at the time of the incident. The engine had dual air brakes and a gross vehicle weight of 35,000 lbs. The maintenance records revealed no known problems with the engine. On the day of the incident, weather conditions were clear and sunny and no significant weather conditions had been reported 48 hours prior to the incident. The road on which the engine was traveling was a two-lane, asphalt residential road marked with a double solid yellow center line. It had soft shoulders on either side of the pavement, and they sloped into ditches. The road measures 23 feet from edge to edge. The crossroad measures 18 ½ feet from edge to edge (Diagram).

The victim had a current Class D driver’s license. The state does not require a Commercial Driver License for persons operating emergency vehicles or apparatus. Additionally, the victim had a special fire fighter endorsement on his license. This endorsement is given by the county after receiving the Emergency Vehicle Driver course.

None of the occupants of the engine were wearing seat belts (lap or shoulder) at the time of the incident. The department does not have a written policy on wearing seatbelts.

In 1992, the victim completed 21 hours of pump operations training and 32 hours of driver training through the department. The department requires a driver of an emergency vehicle to successfully complete the department’s Emergency Vehicle Driver Training Program before being permitted to drive an emergency vehicle under emergency conditions. This program requires a minimum of 8 hours of classroom training, completion of a competency course, a minimum of 8 hours of supervised street and highway driving, and a written test. Twice in 1992 the victim had participated in and successfully completed this course. The victim had 8 years of fire fighting experience, and within those 8 years he had 7 years’ experience as a certified driver.

On August 31, 1999, at 1647 hours, a call came in to Central Dispatch for a motor-vehicle incident involving personal injuries. At 1650 hours, Engine 11, with a Lieutenant riding in the officer seat, a fire fighter/driver (the victim), and a fire fighter riding in the jump seat behind the driver, responded to the incident. The Chief responded to the call at 1653 hours in his privately owned vehicle (POV) and heard over the radio that Engine 11 was en route to the incident. Approximately ½ mile from the station, the Chief passed the engine heading in the opposite direction on a two-lane asphalt road. The Chief pulled into the next driveway, turned his vehicle around, and followed the engine. He lost sight of the engine, as it went around a curve and up a small hill. Note: The Chief was traveling 45 mph and the Lieutenant stated that the engine was traveling at approximately 55 mph. The posted speed limit is 35 mph. Approximately 1½ miles from the station, while the engine was rounding a curve, it approached a service truck (Ford F350 pickup) traveling in the opposite direction (Photo 1). Although the victim had an additional 1½ feet available in his lane, he pulled the engine to the right of his lane to provide additional room for the service truck. The tires on the engine’s right side dropped off the road onto the soft shoulder. Note: Only the passenger side of the engine left the road. The engine traveled 169 feet before the victim pulled it back onto the road. However, he overcompensated, and the vehicle crossed the oncoming lane of traffic. The victim continued to try and regain control of the engine before it crossed the yard of a residence and traveled through a small ditch. It rolled once, became airborne, crossed a second road, a small ditch, rolled another time and came to rest in the yard of a residence (Diagram). Driving around the curve, the Chief saw a witness waving his arms. As he looked ahead to the left, he saw the engine overturned and split into two pieces (the cab had separated from the chassis) (Photo 2). The Chief immediately went to the engine to check the condition of the passengers and saw a fire fighter and the Lieutenant lying on the ground outside the cab. The Lieutenant called out to the Chief that he had pain in his back. The Chief told them both to remain still and asked who else was on the engine. The fire fighter stated that the victim was the only other person on the engine and that he was driving. Not seeing the victim, the Chief went around the engine and saw the victim lying motionless face down on the hood (the victim was only visible from the shoulders down). The victim’s head was pinned under the driver’s seat, and his legs were bent under the steering wheel through the shattered windshield. The Chief crawled into the engine to check the victim’s condition and did not feel a pulse. At 1702 hours, the Chief called Central Dispatch requesting an ambulance and notified them that Engine 11 was involved in a wreck. He informed Central Dispatch that three fire fighters were down, and that one was severely injured and trapped inside the engine. Central Dispatch sent a mutual-aid department to the initial motor-vehicle wreck and another to the incident involving the victim. The Chief returned to the victim and again checked for a pulse; however, he did not find one. Within minutes, a mutual-aid department and ambulance arrived on the scene and relieved the Chief. The Lieutenant and fire fighter were taken by ambulance to a local hospital where they were treated and released. The mutual-aid department began extrication and removed the victim from the vehicle 1 hour later. The victim was taken to the local hospital where he was pronounced dead.

The death certificate lists the cause of death as bruised head and massive head injuries.

Recommendation #1: Fire departments should establish, implement, and enforce standard operating procedures (SOPs) on the use of seatbelts in all emergency vehicles.1

Discussion: Fire departments should establish and implement SOPs on the use of seatbelts. The SOPs should apply to all persons riding in all emergency vehicles and state that all persons should be seated and secured in an approved riding position anytime the vehicle is in motion.

Recommendation #2: Fire departments should ensure drivers of fire apparatus do not move vehicles until all occupants in vehicles are secured with seatbelts.2

Discussion: Drivers of fire apparatus should ensure that vehicles are not moved until all persons riding in them are secured with seatbelts. The apparatus involved in this incident was equipped with seatbelts; however, all occupants, including the driver, were not wearing them at the time of the incident. The use and wearing of seatbelts could greatly reduce injuries to the driver and passengers in the event of a wreck.

Recommendation #3: Fire departments should ensure all drivers of fire department vehicles are responsible for the safe and prudent operation of the vehicle under all conditions.2

Discussion: Fire departments should ensure driver/operators of fire service vehicles are responsible for the safe and prudent operation of the vehicles under all conditions. The State allows emergency vehicles responding to an incident to exceed the maximum speed limit if the driver does not endanger life or property; however, drivers of fire apparatus should reduce their speed when traveling on hazardous routes (e.g., insufficient shoulder). Drivers should always maintain a safe speed to avoid losing control of the vehicle.

Discussion: Driver training should be provided to all driver/operators as often as necessary to meet the requirements of NFPA 1451, but not less than twice a year. This training should cover defensive driving techniques during emergency and nonemergency conditions. The victim had fulfilled the department’s requirements to become a certified driver by successfully completing the training twice in 1992. However, since that time, the driver had not had any additional driving training. Additionally, the State offers a fire apparatus driver/operator course. The course consists of 30 hours of instruction on state laws that affect emergency vehicle operation, defensive driving, vehicle inspection and maintenance, and physical abilities and limitation. Eight hours of this course are used for driving skills development. This course is offered free of charge to all fire departments. 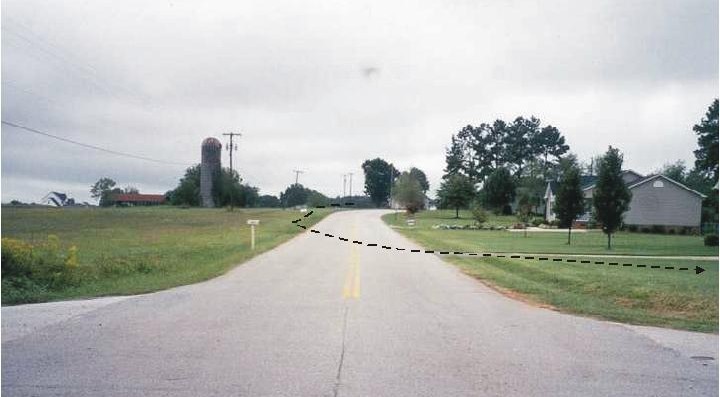 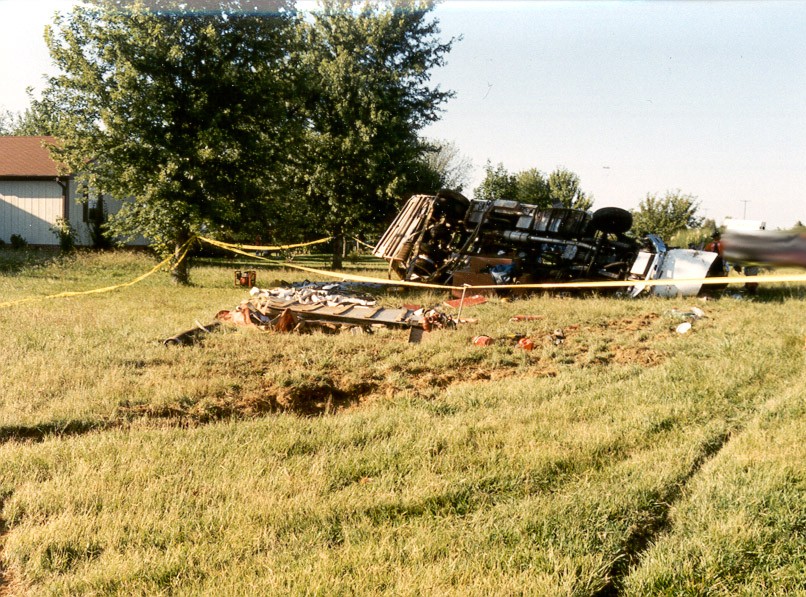 Photo 2. Engine After Coming to Rest 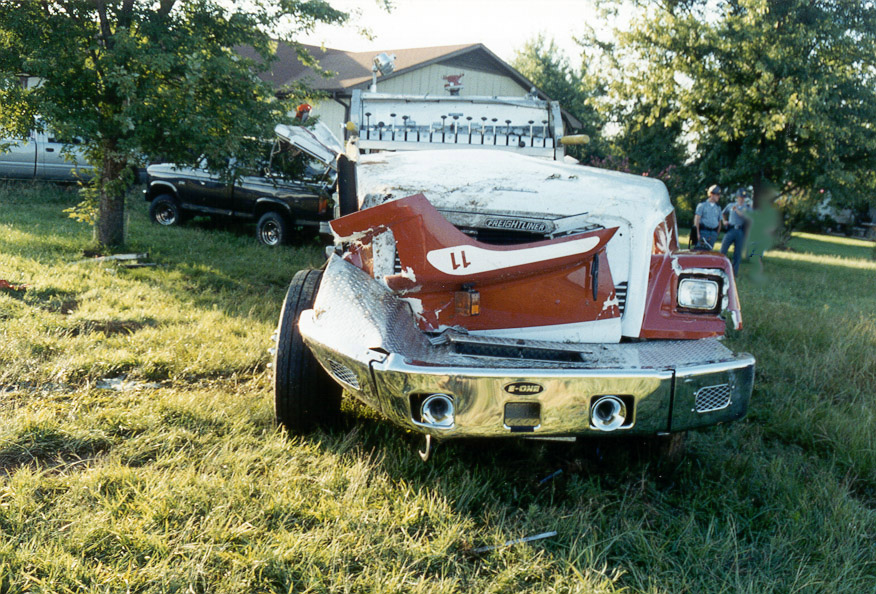 Photo 3. Engine Involved in This Incident