The NIOSH investigator concluded that, to minimize the risk of similar incidents, fire departments should

On March 20, 2002, a 19-year-old male volunteer fire fighter (victim) died after he was struck by a car along an interstate highway. On March 22, 2002, the U.S. Fire Administration (USFA) notified the National Institute for Occupational Safety and Health of this fatality. On April 23, 2002, a safety and occupational health specialist from the NIOSH Fire Fighter Fatality Investigation and Prevention Program investigated this incident. The NIOSH investigator met with the Chief of the department, visited the incident site, and interviewed the fire fighter that had responded to the initial motor vehicle incident. A phone interview was conducted with a paramedic that had transported the victim. The investigator reviewed the State police report, witness statements, emergency medical run report, medical examiner’s report, coroner’s report, victim’s training records, and the department’s standard operating procedures.

Fire Department. The volunteer fire department has 14 fire fighters and serves a population of approximately 6,000 in an area of about 41 square miles.

The department requires all new members to serve a 3-month probationary period and to complete, at a minimum, the state volunteer fire fighter certification program within 1 year of becoming a member.

Weather and Road Conditions. The incident occurred at approximately 1450 hours with heavy rain. The incident occurred on an interstate highway in a construction zone that had an uneven asphalt/blacktop surface. The outer (slow) lane had a higher surface than the inner (passing) lane. Note: The NIOSH investigator was unable to determine the construction signs present at the time of the incident. The interstate highway had a gravel shoulder at the time of the incident. The posted speed limit was 70 mph.

The coroner’s report listed the cause of death as craniocerebral trauma.

Discussion: Fire fighters operating at an incident on a highway are in danger of being struck by oncoming motor vehicles. SOPs can help establish proper traffic control measures when operating at an incident scene. SOPs should include but not be limited to the following: incident command, apparatus positioning, lane closures, methods to establish a secure work area, wearing appropriate protective clothing at all times, clearing traffic lanes, and releasing the incident scene back to normal operation.

Recommendation #2: Fire departments should ensure that fire fighters establish a protected work area before safely turning their attention to the emergency. 7, 9

Discussion: As stated in the Pumping apparatus driver/operator handbook, “some of the most dangerous scenarios faced by fire fighters are operations on highways, interstates, turnpikes, and other busy roadways. Fire apparatus should be placed between the flow of traffic and the fire fighters working on the incident to act as a shield. The apparatus should be parked on an angle so that the operator is protected by the tailboard. Front wheels should be turned away from the fire fighters working highway incidents so that the apparatus will not be driven into them if struck from behind. Also consider parking additional apparatus 150 to 200 feet behind the shielding apparatus to act as an additional barrier between fire fighters and the flow of traffic.” The positioning of apparatus (as a shield) is referred to as a “block” that creates a protected area known as the “shadow.” For limited-access, high-volume highway incidents, the first arriving apparatus (preferably a ladder truck or other large apparatus) establishes the”block” by positioning the apparatus upstream (the direction that traffic is traveling from as the vehicles approach the scene) from the incident, providing a “shadow” where emergency personnel can safely work.

Recommendation #3: Fire departments should consider limiting or restricting the response of their members in their privately owned vehicles (POVs) to high-volume limited access highway incidents. 1–7

Discussion:NFPA 1500, 6.2.3 states that “the fire department shall enact specific rules and regulations pertaining to the use of private vehicles for emergency response.” NFPA 1500, 6.2.3.1 states that “these rules and regulations shall be at least equal to the provisions regulating the operation of fire department vehicles.” High-volume limited access highways include expressways, toll ways, and multi-lane roadways within the fire department response area. Fire fighters responding to limited-access highway incidents in their privately owned vehicles (POVs) may be ill-equipped to protect themselves or the civilians they are serving from oncoming traffic (may not be able to provide adequate protection from approaching vehicles). High-volume limited access highways pose additional hazards (e.g., higher speed limits, larger vehicles, and a higher number of vehicles). Responding in a privately owned vehicle may not afford fire fighters the means to carry all of the necessary equipment (e.g., personal protective equipment, high-visibility vests, flags, cones, specialized rescue tools) to operate in or near moving traffic. Fire department or agency emergency vehicles can carry all of the required equipment and provide a means to block the scene, providing a safe work zone. A decision tree3 (Attachment) can be used in the development of department SOPs when addressing whether to allow members to respond in privately owned vehicles to limited access, high-volume, high-speed highway incidents.

Discussion: The need to identify areas that have higher rates of incidents (e.g., motor vehicle crashes) should be evaluated so that standard operating procedures for emergency personnel can be tailored to the needs of particular sites (e.g., blind curves or corners, hills or sloped areas, and high-traffic areas). Fire departments can work with local highway departments and local law enforcement agencies to identify problem areas and devise solutions to those problem areas in advance. Experience and knowledge of local territory will help in creating pre-incident plans and in the establishment of standard operating procedures to make the response more efficient and safer for emergency responders. 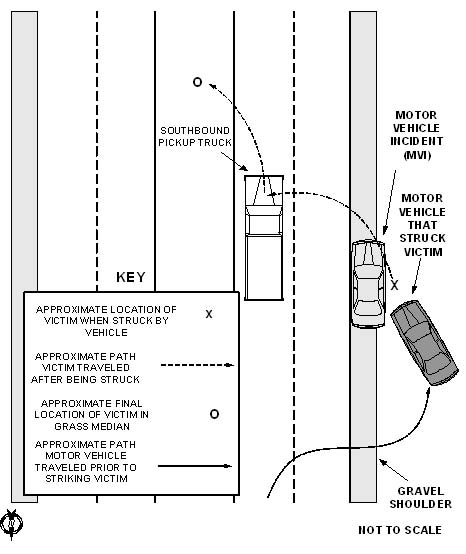