On January 15, 2000, a 37-year-old male volunteer fire fighter drowned during a dry-suit certification training dive. The victim was one of six divers which included one certified diving instructor (Professional Association Dive Instructor [PADI] Dive Master) and five students (three of the students were volunteer fire fighters). The victim was a member of the fire department’s search and recovery dive team. On the day of the incident, the training was being conducted at a privately owned freshwater lake that is dedicated exclusively to recreational diving. The training consisted of one, 3-hour classroom training session (held on January 8, 2000), followed by three open-water dives conducted on January 15, 2000. The first dive was conducted in a controlled area near the shore. The second and third dives were logged open-water dives for dry-suit certification. On the third dive ascent, the group made a safety stop at a depth of 15 feet. After the instructor got the okay signal from all of the students, they continued their ascent to the surface. When the victim failed to appear at the surface, two of the divers descended to the bottom and began searching for him. They found the victim at a depth of approximately 22 feet. They brought him to the surface where rescue breathing was initiated while moving him toward shore. Once on shore, paramedics transported the victim by ambulance to a local hospital where he was pronounced dead at 2238 hours. NIOSH investigators concluded that, to minimize the risk of similar occurrences, fire departments should

On January 15, 2000, a 37-year-old male volunteer fire fighter (the victim) drowned during a dry-suit certification training dive. On the third training dive, the group ascended the tethered line, making a safety stop at a depth of 15 feet. After the instructor got the okay signal from all of the students, they continued their ascent to the surface. The victim failed to surface and was found at a depth of approximately 22 feet. He was pronounced dead 6 hours later. The National Institute for Occupational Safety and Health (NIOSH) was notified of this incident by the U. S. Fire Administration on January 18, 2000. On February 7, 2000, two Safety and Occupational Health Specialists from NIOSH investigated this incident. Meetings were conducted with investigators from the State Fire Marshal’s office. Meetings and interviews were also conducted with the Dive Instructor of the class, the Chief, and fire fighters from the fire department involved in this incident. NIOSH investigators obtained from the fire department copies of training records, the victim’s dive log, diving standard operating procedures, and witness statements. An incident report completed by the State Fire Marshal’s office was also obtained. A site visit was conducted and the site was photographed. The victim’s dive equipment was inspected and found to be in good working order.

The death certificate lists the cause of death as severe metabolic acidosis as the result of near drowning.

Discussion: Effective underwater communication refers to the capability to communicate between divers and from a diver to the surface. The divers present at this incident were able to communicate by utilizing recognized dive signals such as a “thumbs-up” to indicate they were okay. Fire departments should follow OSHA safety standard 29 CFR 1910.424(c)(2) by ensuring that a diver be line-tended from the surface or accompanied by another diver in the water who is in continuous visual contact during the diving operations. The victim was a volunteer fire fighter and was not covered by OSHA regulations. However, following OSHA standards would provide additional protection for fire fighters who face unique environments and hazards associated with technical rescue operations. Effective communication and continuous visual contact are two ways in which divers can convey any equipment or medical problems they may be experiencing. One of the divers observed the victim and the victim’s dive partner at a depth of 8 feet, and neither appeared to be having any difficulty ascending to the surface.

This incident was investigated by Frank Washenitz and Mark McFall, Safety and Occupational Health Specialists, Division of Safety Research, NIOSH. 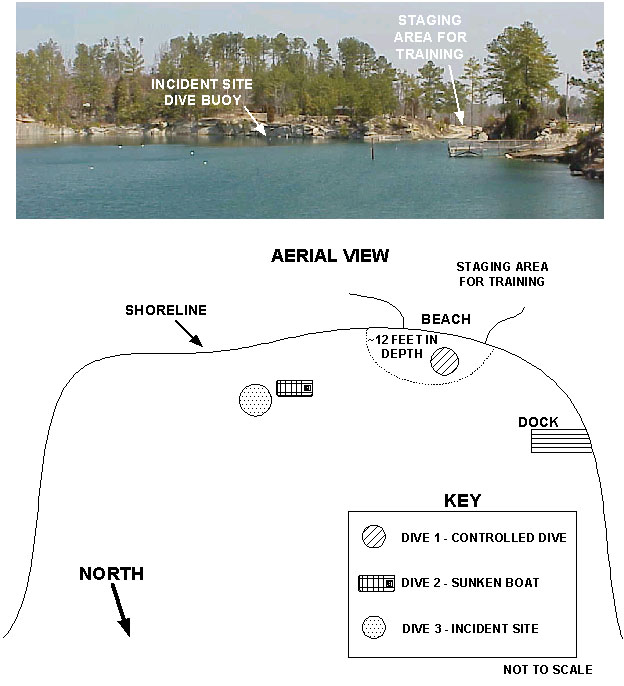 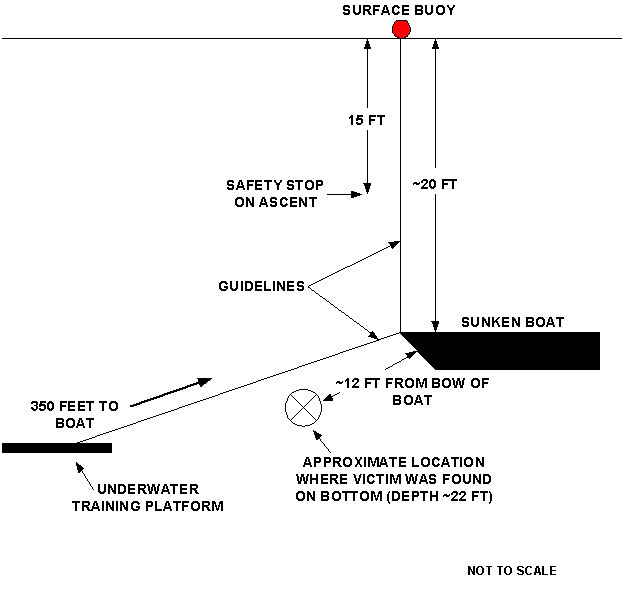