Farm Safety and Health Week 2022: Protecting the Future of Agriculture

For many areas of the country, September marks one of the busiest times for agricultural producers: harvest season. Agriculture is one of the oldest and most hazardous work sectors. Each September we observe National Farm Safety and Health Week to reinforce injury and illness prevention.

The theme for this year, observed September 18–24, is “Protecting Agriculture’s Future.” Throughout the week, the NIOSH Centers for Agricultural Safety and Health (Ag Centers) will share messages from a social media toolkit developed by the Upper Midwest Agricultural Safety and Health Center. These messages will cover a variety of daily themes to encourage safe and healthy practices on the farm. You can follow #NFSHW22 and #USAgCenters on social media for the latest resources and information. NIOSH and partners across the country will also offer training and educational opportunities throughout the week. For example, you can view AgriSafe’s twice-daily webinars highlighting the daily themes.

NIOSH has a long history working in agriculture. The NIOSH Ag Centers recently celebrated 30 years of research and outreach. In addition, the NIOSH Office of Agriculture Safety and Health marked its tenth anniversary of research and partnership development. NIOSH remains well-positioned to address persistent and emerging occupational safety and health issues in agriculture moving forward.

Like this year’s theme, NIOSH is looking toward the future of health and safety in agriculture. In 2019, NIOSH launched its Future of Work Initiative to discover emerging work-related trends that impact worker well-being. In agriculture, the future of work includes

NIOSH and its partners are crossing new frontiers to protect workers in a changing industry. We do this through innovative research, education, and outreach efforts. In November, NIOSH will co-host the SAFER AG Workshop at the University of Illinois Urbana-Champaign, which aims to start conversations around the benefits and potential hazards of robotics in agriculture. Experts on the NORA Agriculture, Forestry, and Fishing Council inform multidisciplinary efforts to advance OSH research in agriculture. The NIOSH Ag Centers actively work to protect the future of agriculture. The following are just a few examples of their many outreach efforts:

We depend on farms and farmworkers to feed our families, communities, and nation. Agriculture will have to adapt to increased demand just as available land, water, and labor are decreasing. In this changing landscape, we will continue to support and conduct research to ensure a safer and healthier future for agricultural workers.

American Indian and Alaska Native coal miners had higher levels of lung disease compared with other western U.S. coal miners, according to research recently published in the American Journal of Industrial Medicine. The majority of these coal miners worked as surface miners.

In 2014, a federal rule reduced the level of permissible exposure to coal mine dust and expanded screening for lung disease to include surface miners. Because many surface mines in the United States are located near American Indian and Alaska Native communities, NIOSH researchers looked at the occurrence of lung disease among these groups of miners.

During 2014–2019, researchers reviewed the results of 1,405 chest X-rays and 627 lung function, or spirometry, tests for American Indian and Alaska Native miners participating in the NIOSH Coal Workers’ Health Surveillance Program. Established in 1969, this program provides health screening and information at no cost to miners nationwide.

Most of the miners lived in the western United States, worked as surface miners, and had never worked in underground mines. Overall, 9% of the American Indian and Alaska Native miners had abnormalities in lung function identified through spirometry testing. This percentage is comparable with the 7.7% found in an earlier NIOSH study of primarily underground coal miners in the western United States with 10 or more years’ tenure.

How can occupational safety and health (OSH) scientists help move promising, evidenced-informed interventions into sustained practice in organizations to improve worker safety, health, and well-being? NIOSH researchers and external partners applied this question to OSH interventions in a recent commentary on dissemination and implementation science, published in Safety Science.

Next steps include developing and testing practical tools that OSH researchers can use in their studies. These tools can be used to systematically develop and refine strategies that support disseminating, adopting, maintaining, and expanding interventions in community and workplace settings. Such efforts are intended to benefit all workers, especially those who are disproportionately affected by OSH hazards and risks. 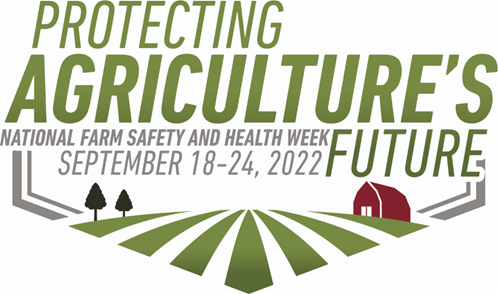 Small Business Handbook Updated With Heat-related Illness Prevention Checklist
The NIOSH/OSHA Small Business Safety and Health Handbook was recently updated to include a Heat-related Illness Prevention Checklist. This is just one of many checklists included in the handbook for general industry workplaces. Checklists provide a starting point for identifying workplace hazards, indicating possible areas where employers can take action to make businesses safer and healthier for workers.

NIOSH and Partners Renew Alliance to Advance the Safety of Oil and Gas Workers
NIOSH, OSHA, the Bakken Basin Safety Consortium, and the State of North Dakota renewed an alliance in June to continue working together to keep oil and gas workers throughout the Bakken Basin safer. Through the alliance, information, guidance, and training resources on hazard recognition and prevention will continue to be shared with employers and workers. Additionally, efforts to implement a robust safety systems approach will continue, aiming to reduce the number of occupational exposures to physical and chemical hazards that can result in injuries and fatalities. For more information see the NIOSH Oil and Gas Extraction Sector Program web page or email nioshoilandgas@cdc.gov. 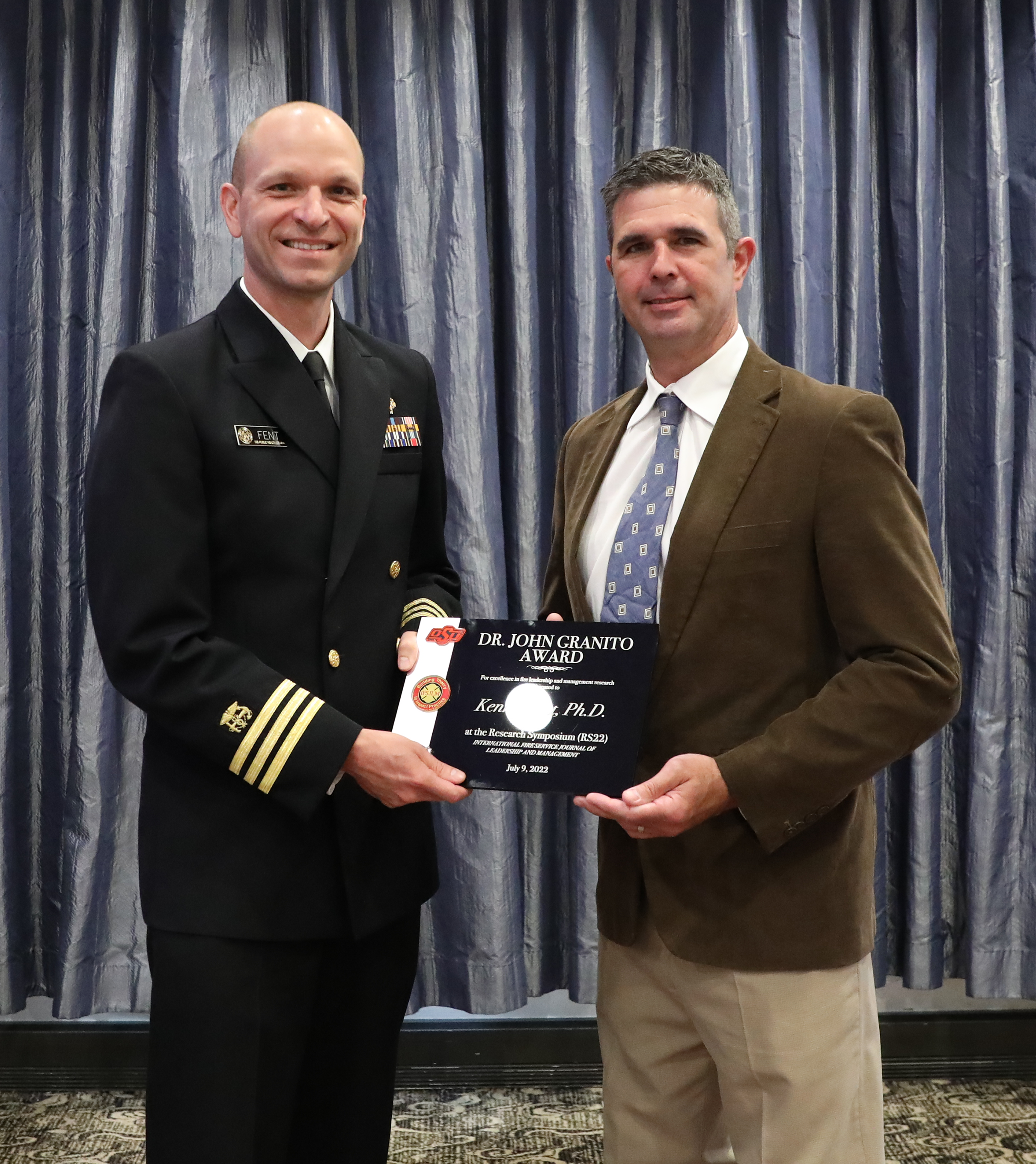 NIOSH Congratulates
U.S. Public Health Service CMDR, Dr. Kenny Fent was awarded the Dr. John Granito Award for Excellence in Fire Leadership and Management Research during the International Fire Service Journal of Management and Leadership’s Research Symposium. Dr. Fent received the award for his research on assessing dermal and inhalation exposures to combustion byproducts in firefighters, as well as for his comprehensive study of cardiovascular and carcinogenic risks during firefighting.

Sign up to have notifications about new NIOSH Science Blogs delivered directly to your inbox!

Board of Scientific Counselors, National Institute for Occupational Safety and Health (BSC, NIOSH), National Firefighter Registry Subcommittee Meeting
The notice was posted on August 15. The meeting will be held on September 6.

Proposed Data Collection Submitted for Public Comment and Recommendations: Field Testing of Spanish-language Toolbox Talks for Spanish-speaking Construction Workers
The notice was posted on July 22. Comments must be received by September 20.

Advisory Board on Radiation and Worker Health (ABRWH), Subcommittee for Procedures Reviews (SPR), National Institute for Occupational Safety and Health (NIOSH)
The notice was posted on August 16. Comments must be received by September 22. The meeting will be held on September 29.

Board of Scientific Counselors, National Institute for Occupational Safety and Health (BSC, NIOSH) Meeting
The notice was posted on August 19. Comments must be received by September 27. The meeting will be held on October 4.

Proposed Data Collection Submitted for Public Comment and Recommendations: Assessing Fatigue and Fatigue Management in U.S. Onshore Oil and Gas Extraction
The notice was posted on August 3. Comments must be received by October 3.

Save the Date: NORA Respiratory Health Cross-sector to Host Webinar
The NORA Respiratory Health Cross-sector will host “Opportunities and Tools to Investigate Occupational Risk Factors for COPD” on September 20–21, 11:00 a.m.–3:30 p.m. (ET). This free webinar will be a unique chance to learn about work-related COPD and opportunities for research. Fifteen world-class speakers will be presenting, and free medical and nursing continuing education (CE) credits are available. Find more information and register.

Characterizing Injuries Among Kentucky Distillery Workers
The Kentucky Occupational Safety and Health Surveillance Program (KOSHS) and the Central Appalachian Regional Education and Research Center (ERC) partnered on a study to identify the most frequent type, characteristics, and cause of work-related injuries among Kentucky distillery workers. They found strains or tears, lacerations, and contusions the most common injuries during 2010–2019. KOSHS is a NIOSH State-based Occupational Safety and Health Surveillance Program, and the Central Appalachian Regional ERC is one of 18 centers funded by NIOSH to provide interdisciplinary training for the next generation of occupational safety and health practitioners and researchers.