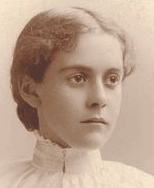 Many of the first laws and regulations passed to improve the health of workers were the direct result of the work of one dedicated and talented woman, Alice Hamilton, MD. Born into a prominent family in Indiana (her sister is the well-known classicist, Edith Hamilton), Dr. Hamilton graduated from medical school at the University of Michigan in 1893. After accepting a teaching position at the Women’s Medical School of Northwestern University in 1897, she moved into Jane Addams’ Hull House in Chicago. There she opened a well-baby clinic for poor families in the local settlement house neighborhood. As she acquainted herself with the families, she learned of their pains, strange deaths, lead palsy, “wrist drop,” and of the high numbers of widowed women. Encouraged by the reformers of Hull House, she began to apply her medical knowledge to these social problems and thus began her scientific inquiry into occupational health for which she became known.

Dr. Hamilton quickly realized that while some progress in understanding occupational illness and disease was being made in Europe, little was written or understood about occupational disease conditions in the U.S. In 1908, she published one of the first articles on occupational disease in this country and was soon a recognized expert on the topic. Starting in 1910, under the sponsorship initially of a commission of the State of Illinois, and later the Federal Bureau of Labor Statistics, she conducted a series of brilliant explorations of occupational toxic disorders. Relying primarily on “shoe leather epidemiology,” and the emerging laboratory science of toxicology, she pioneered occupational epidemiology and industrial hygiene in the U.S. Her findings were so scientifically persuasive that they caused sweeping reforms, both voluntary and regulatory, to improve the health of workers.

In 1919, Dr. Hamilton was appointed Assistant Professor of Industrial Medicine at Harvard Medical School and became the first female faculty member at Harvard University. There she served two terms on the Health Committee of the League of Nations. When she retired from Harvard at the age of sixty-six, she became a consultant to the U.S. Division of Labor Standards and served as President of the National Consumers League.

Construction of this facility began in the Fall of 1952 and was completed in November 1954. For several years it was used as the world headquarters and manufacturing plant of the Disabled American Veterans (DAV). In this facility, “Ident-o-Tags,” miniature license plates for key chains, were manufactured by disabled veterans for distribution throughout the United States.

In the early 1960’s, a portion of the facility was leased to the Federal Government to provide space for a small number of Federal employees. From the early 1960’s to the early 1970’s more and more of the facility was used by the Federal Government, until by 1973, the entire building was leased for Federal offices and laboratories. In September of 1974, the first employees of NIOSH were assigned to space in the facility. In December 1982, the U.S. Public Health Service purchased the facility for three and one-half million dollars. It now houses the Division of Physical Science and Engineering and the Division of Surveillance, Hazard Evaluations and Field Studies. Over 200 people are at work here in engineering, epidemiology, general administration, industrial hygiene, and laboratory research. The facility contains some of the most advanced laboratories and sophisticated scientific equipment in the Institute.